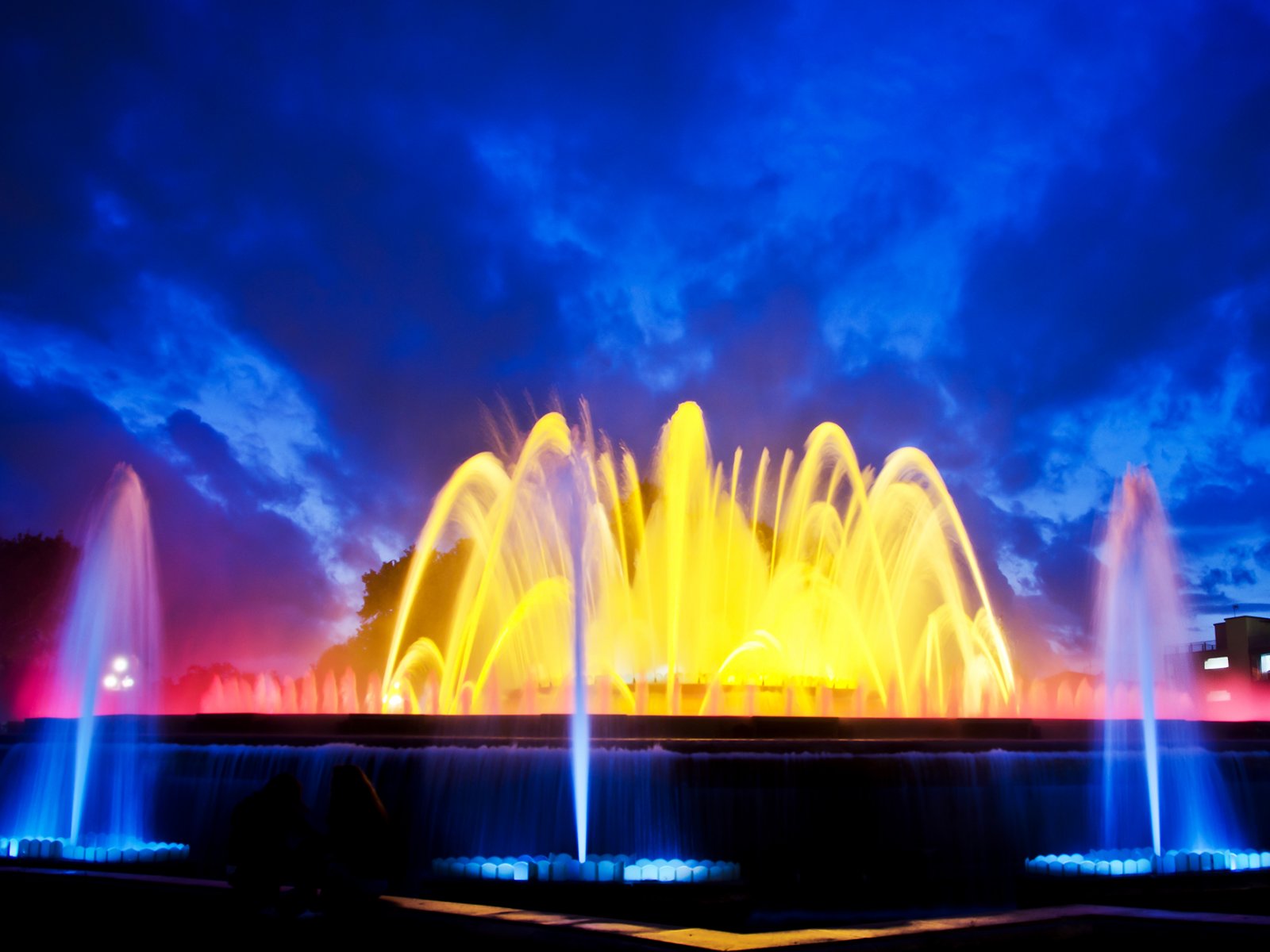 1929 World Exhibition in Barelona was the reason of futuristic fountain construction. It took engineers 3 years to build the water construction. But then fountain light was the only distinctive feature. And 1992 Olympic Games made it different. Preparing for the competition msic was added to the lightening fountain.

Now the worldwide place of interest is called as "Singing Fountain" and it is a must see for every traveler.

Singing fountains show accompined by classical music is a must-see of each and every traveler who arrived in Barcelona.

Magic Fountain of Montjuïc on the map