9
#8of 23 places to visitin Barcelona 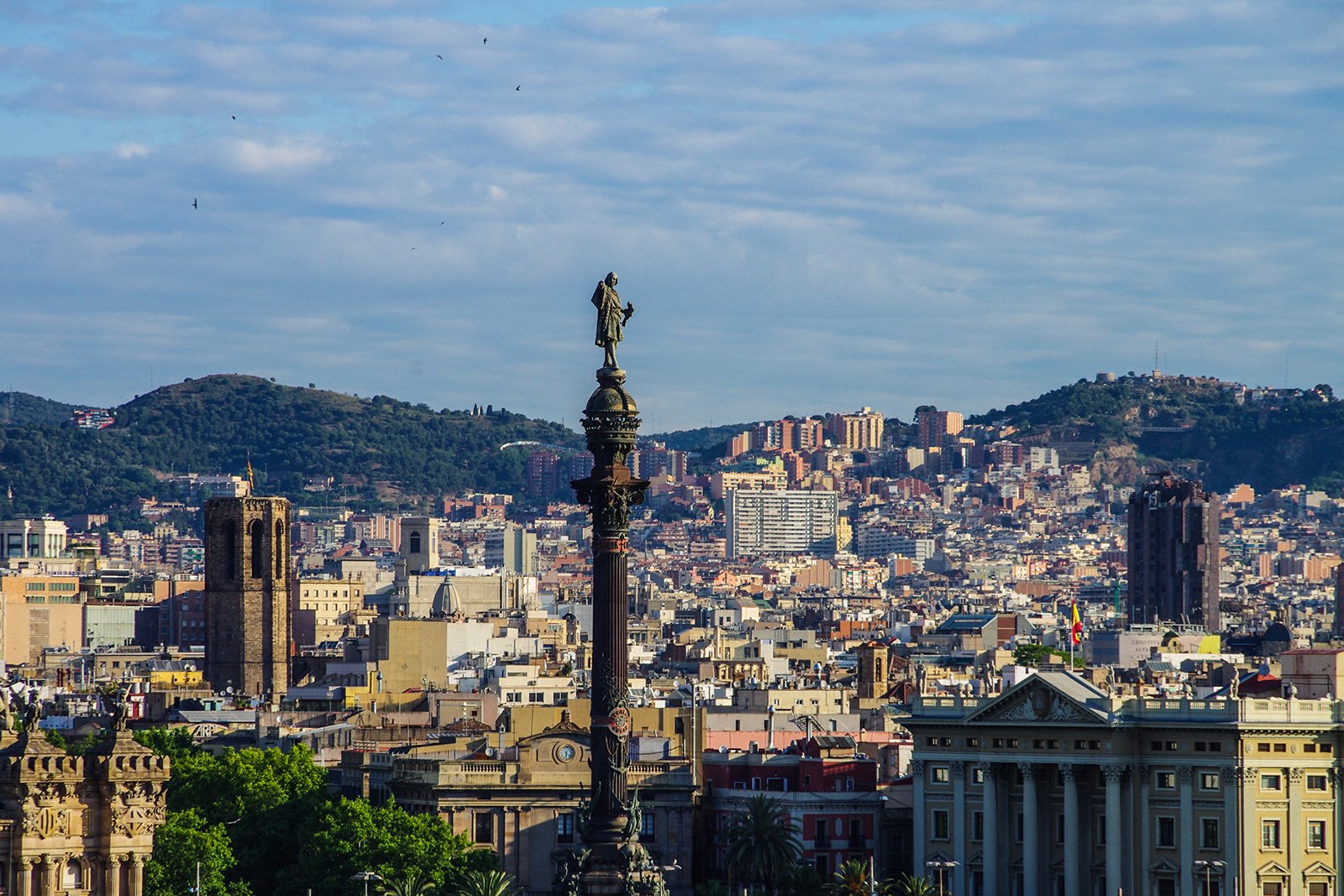 The Columbus Monument (Mirador de Colón) was installed on the occasion of the World Exhibition in Barcelona in 1888, its height is 60 meters and the Columbus statue is a little more than seven meters.

An interesting fact is that the finger of the statue is pointing in the direction of America. Locals are sure that their monument to Christopher is unique because it stands on the place where Columbus landed after his journey to America. He wanted to tell the news about this discovery his patrons - King Ferdinand of Aragon and Queen Isabella of Castile.

On the pedestal are the figures of people who had been associated with Columbus, on a monument you will see carved bas-reliefs depicting the adventures of Christopher Columbus.

Inside the monument is an elevator, which lifts the visitors to the observation deck, here you can see the dome of the cathedral, La Rambla and the sharp spires of the Sagrada Familia.

Climb to the top of the Columbus Monument

Climb to the small observation deck with views of the port and the roofs of buildings in Barcelona.

Columbus Monument on the map