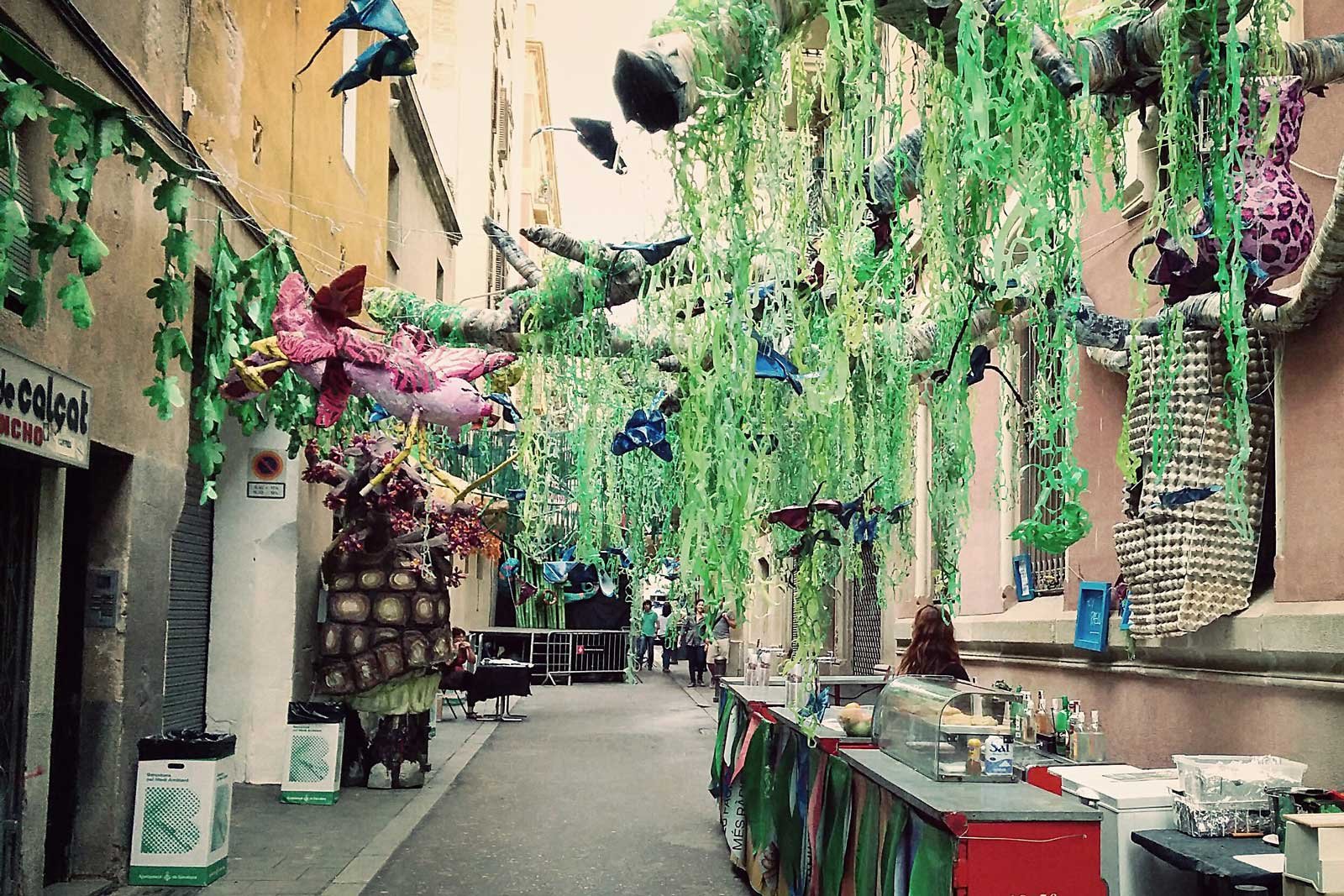 Annually, in the Gracia quarter almost all the inhabitants of Barcelona come together to break free until dawn on thematically decorated streets.

For 200 years, the residents of the Gracia area have been eagerly preparing for the annual Fiesta Mayor de Gracia. During a week, people dance until dawn, drink beer in street bars and choose a street that will win by its decoration.

Gracia Quarter on the map

Round the clock
← Canaletes Fountain#5 of 23