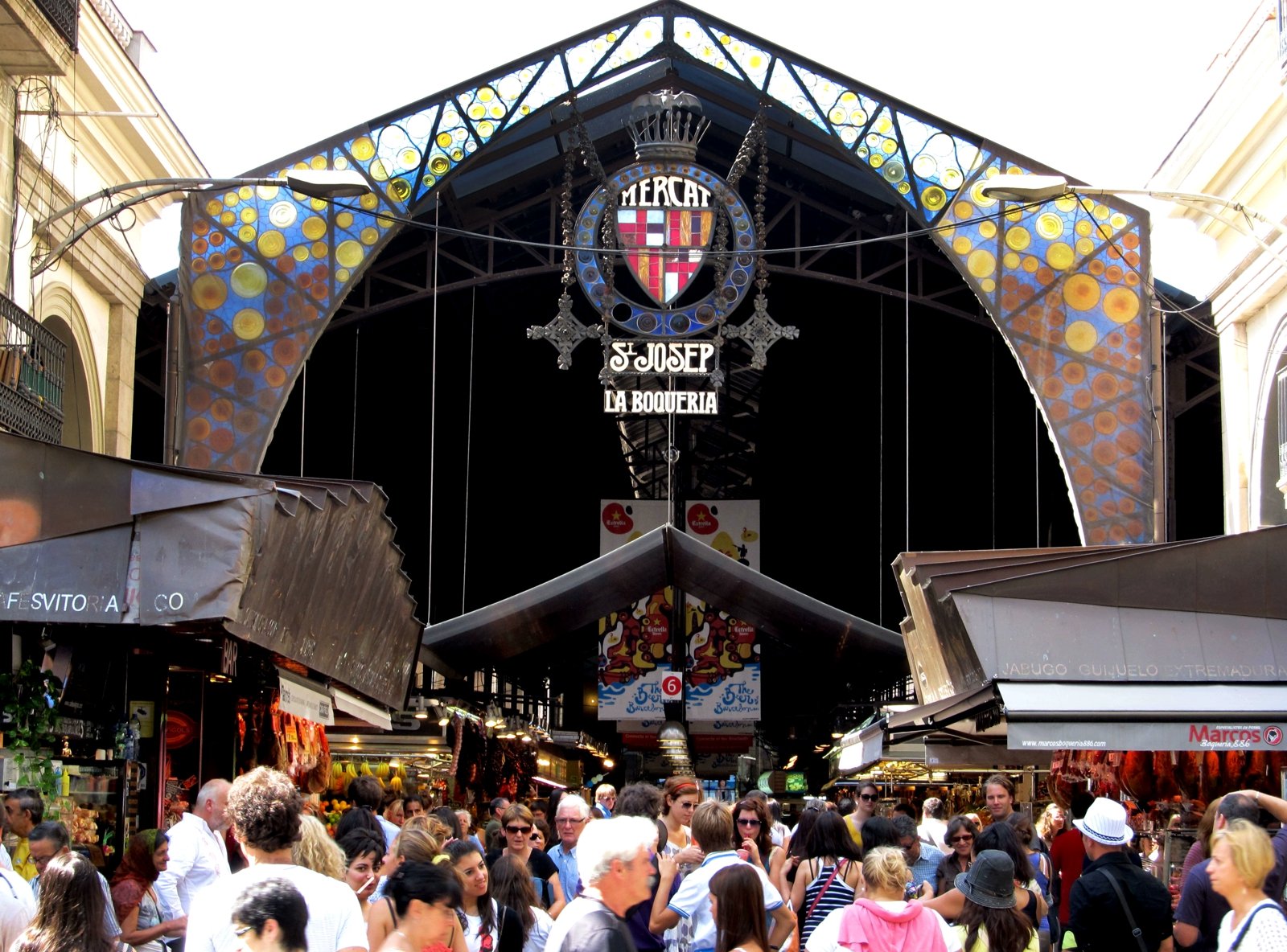 La Boqueria market is not just a market, it is a variety of taste, color and smell, this place deserves the name of a gastronomic sight of the city, where you can find anything you like. This market has existed for so many years that no one remembers what was located here before.

Today you can buy any gastronomic delights here: truffle, caviar, the most amazing fish, and other various seafood, all kinds of pickles, sweets and many other traditional and exotic culinary masterpieces. Do not pass by :)

Bargain on the La Boqueria market

Since this market is a local gastronomic landmark prices now and then are overstated, so bargain until your satisfied :)

La Boqueria market on the map