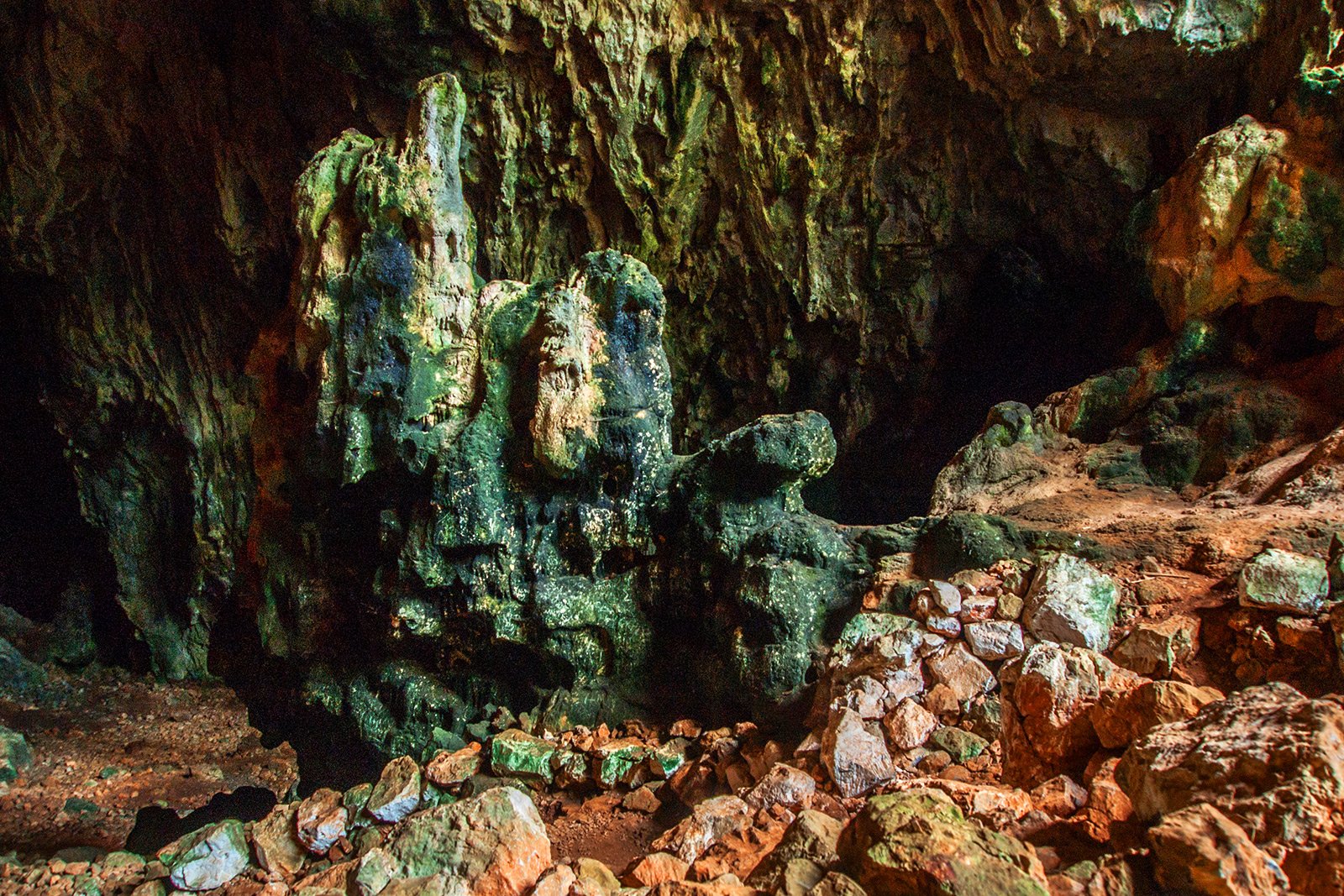 Skotino Cave is also known as the Cave of Agia Paraskevi, because of the church, which is located next to it.

At the beginning of the 20th century the cave was discovered by Arthur Evans, and the archaeological investigations have been carried out in the 60s of the last century. Now the Skotino cave is officially closed to tourists, but sometimes travelers visit it to experience a rare sense of unity with nature without prying eyes.

The Skotino cave has a depth of several meters and consists of two chambers. The upper chamber serves as a viewing platform, where you can take photos and admire the internal structure of the cave in daylight. The lower chamber is not recommended to the untrained people without the necessary equipment.

Skotino Cave on the map