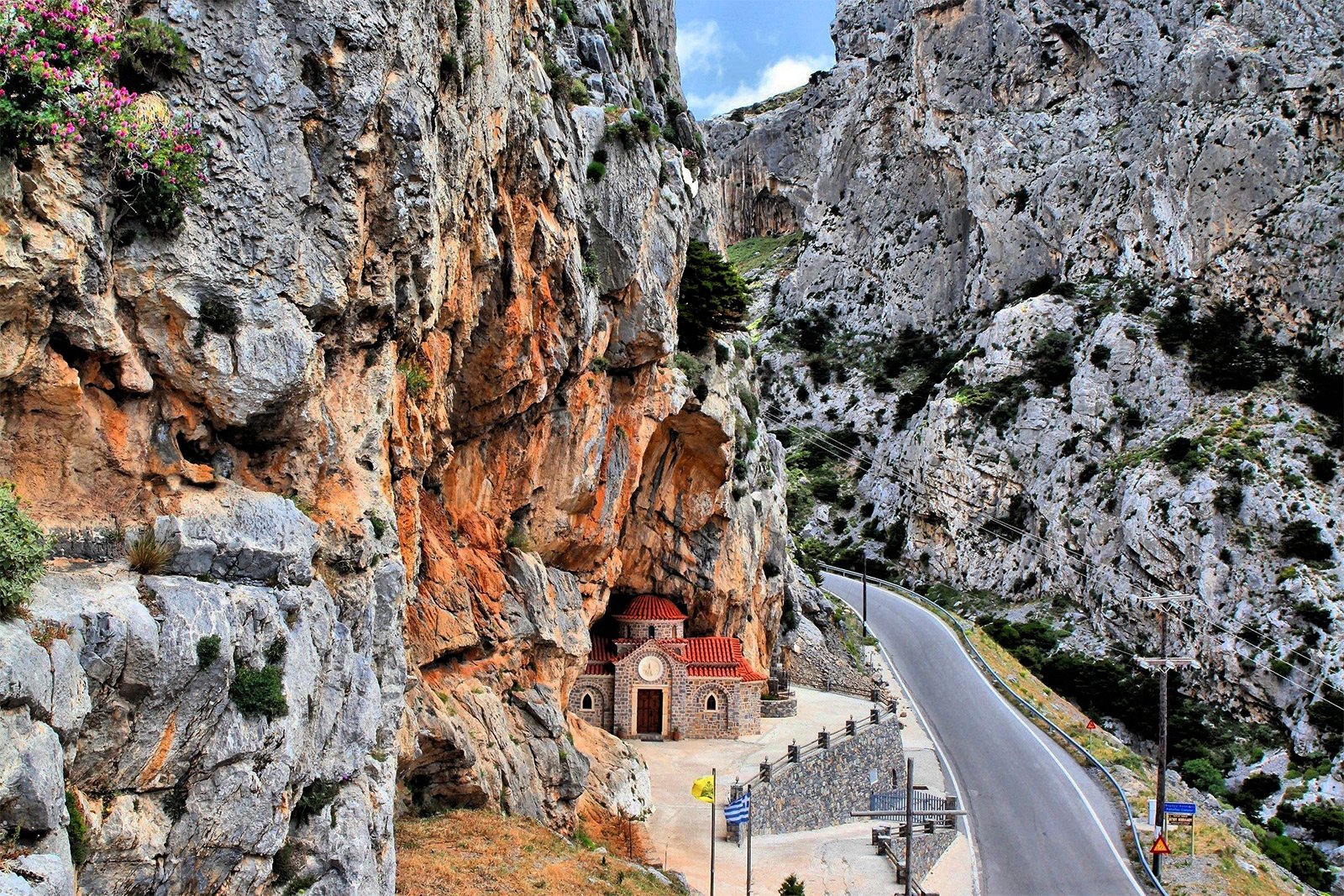 Kotsifu Gorge is on the itinerary between Rethymno and Agios Nikolaos. To reach it, you need to overcome Kourtaliotiko Gorge, pass the Monastery of Preveli, to move to the village Mirfio, and from there - to Agios Nikolaos, where you will find and the entrance to the gorge.

In some places, the gorge is so narrow that the distance between two rocks just ten meters. Here, the wind howled continuously, because of what the people called this valleywheezing. On the road you can see the church of St. Nicholas, which is hidden in a rocky grotto.

Ride from the village Koksare to the monastery Preveli, and pass through the famous gorge.

Kotsifos Gorge on the map