The Gorge of Aradenaon Crete, Greece 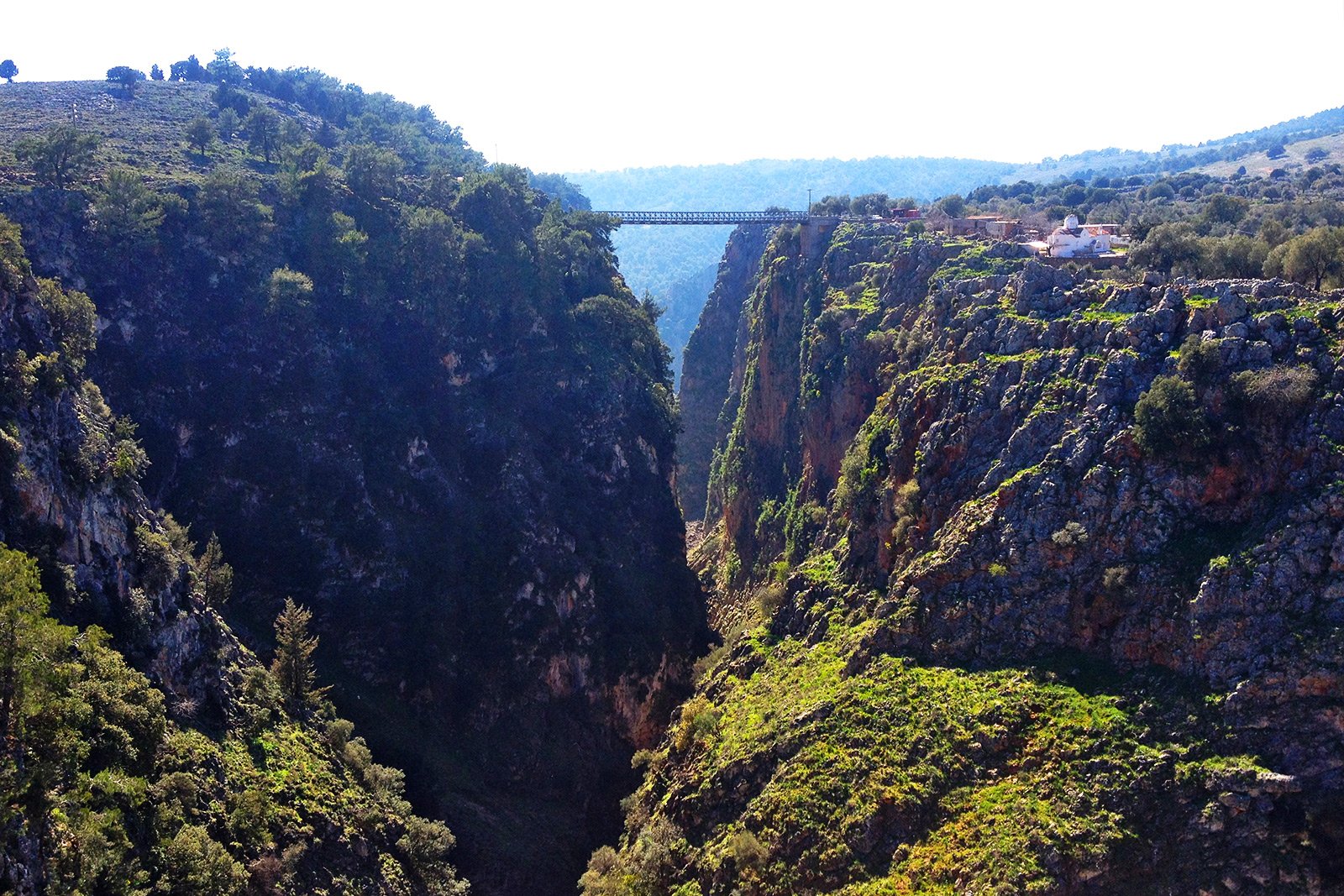 The Gorge of Aradena lies near the town of Chora Sfakion, near the eponymous village, whose inhabitants fled in all directions after the declaration of war here between two main families.

Above the canyon stretched Vardinoyannis bridge that connects the village with the rest of Crete. The bridge is narrow and it can only drive one car. From the bridge often jump lovers of extreme sports.

Start the descent into the valley is at the bridge and the gorge trail stretches for 7 kilometers along the dried up river bed among the rocks covered with thickets of green timid and wild goats.

Ends canyon off the coast of the Libyan Sea.

Go along the bottom of the Aradena Gorge

Go down to the bottom of the gorge and have a lont trip along dry riverbed to the sea.

The Gorge of Aradena on the map