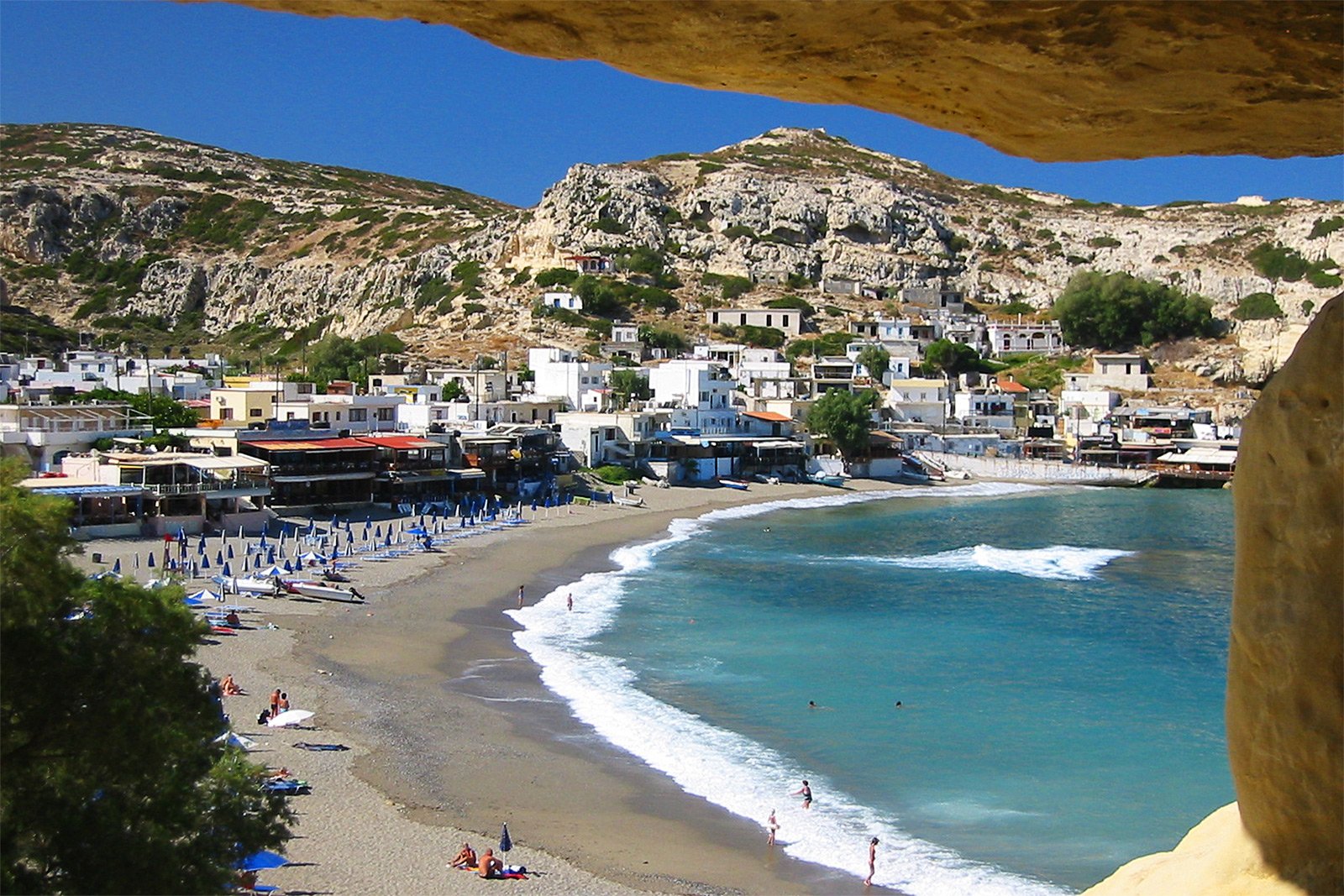 The village of Matala is rich in sights of historical value. Here you can find the ruins of the ancient Festa, where you will see palace that can compare with the Palace of Knossos. In ancient Gortyn you will see the temples of the ancient gods, the Roman Baths and the Basilica.

The easiest way to travel around the the Matala village is by car. You can get to the village on bus from capital of Crete.

The most striking landmark of the Matala village - its beaches, one of which is a bay surrounded by cliffs on three sides. These cliffs have caves, which you can visit - because here was once the biggest hippie community.

Matala on the map