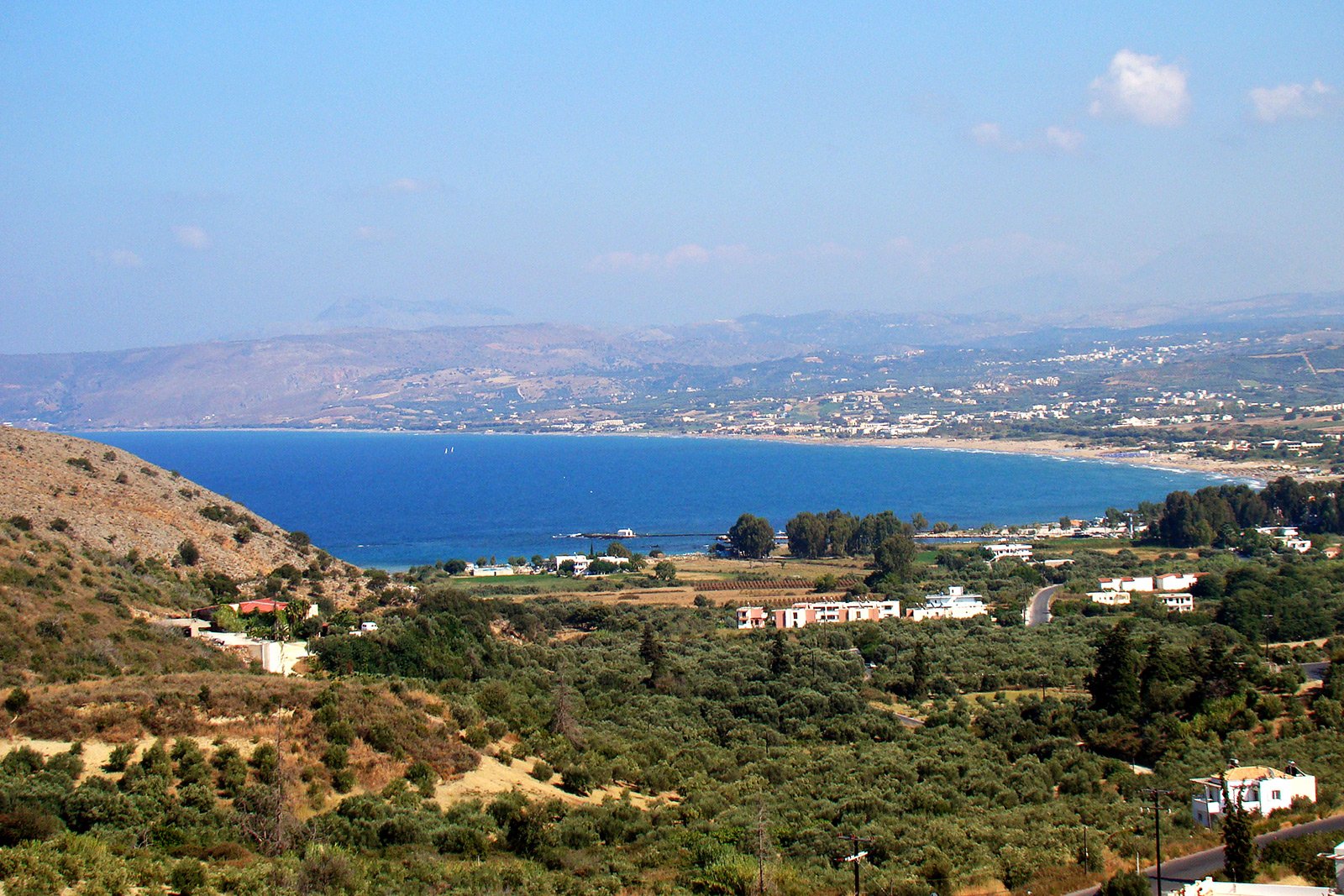 Georgioupolis village is located a few kilometers from Rethymnon and Chania. You can reach it by bus or car.

In the village you can have a feeling that time has stopped here - it looks the same as it was ten or twenty years ago. The fishermen also catch fish, sometimes giving lessons curious travelers, on beaches are a few people, and this deserted especially please those who are tired of the hubbub of crowds of tourists.

In the Georgioupolis village there is a local landmark - the church of St. Nicholas, which is extended to spit a few meters. A very popular and Kournas lake, it is of volcanic origin, so the water is so pure that you can see every pebble on the bottom. Around the Georgioupolis village are placed taverns and restaurants offering fresh seafood and traditional Greek dishes.

Dive from the catamaran in lake Kournas

You can rent a catamaran, ride to the middle of the lake and enjoy the warm waters.

Georgioupoli village on the map