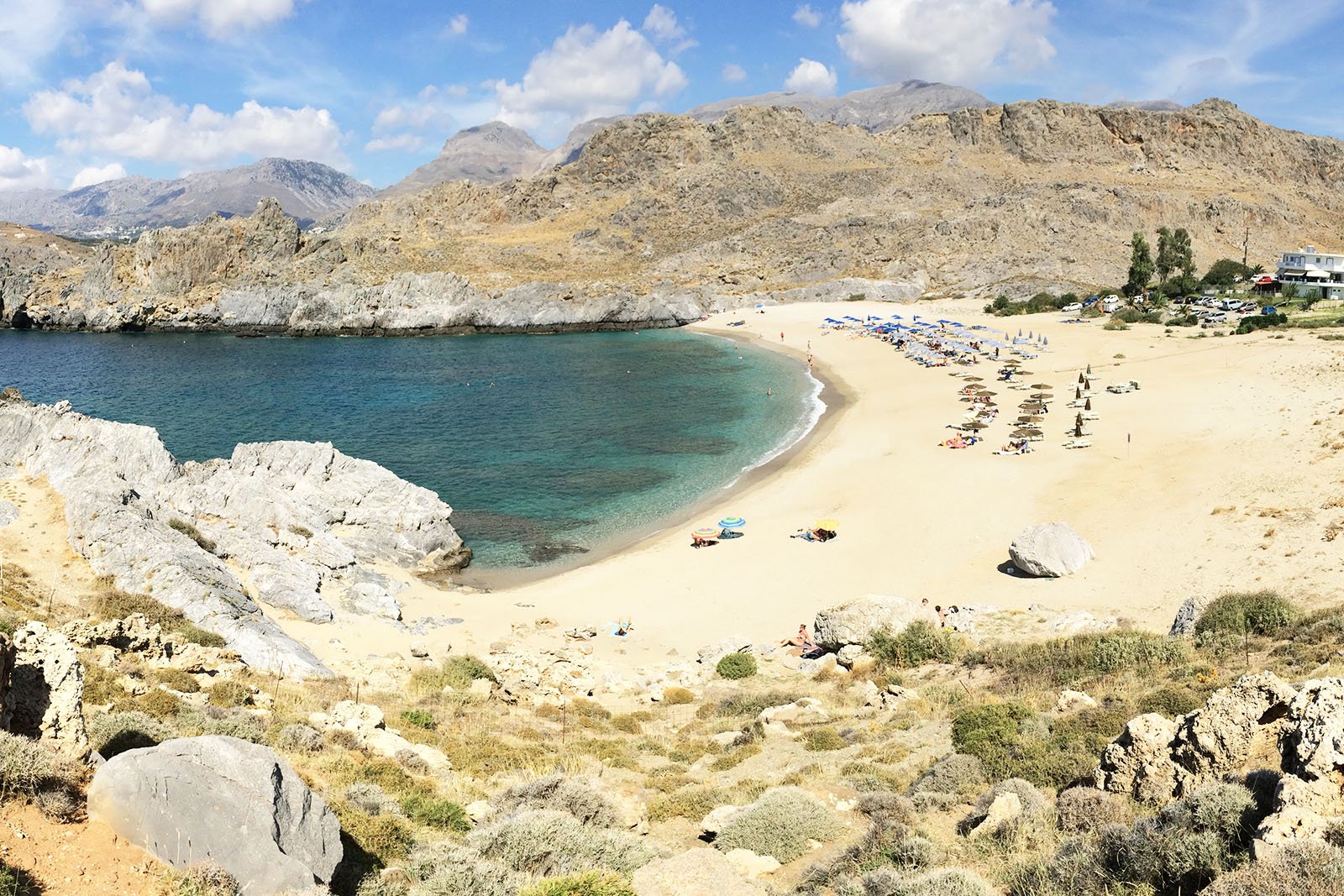 Skinaria pebble beach is located in the southern part of Crete, just 3 km from the village of Plakias. Steep cliffs, dropping sheer into the sea, protect the bay from strong winds and currents.

Warm calm sea is suitable for relaxing with children, sunbathing and diving. There is a tavern and a diving center on the beach. In this area there are many underwater canyons, so you can study the seabed for a long time.

Those, who plan to relax away from the city noise, are particularly pleased by it.

Skinaria Beach on the map

Location: 3 km from Plakias towards Preveli