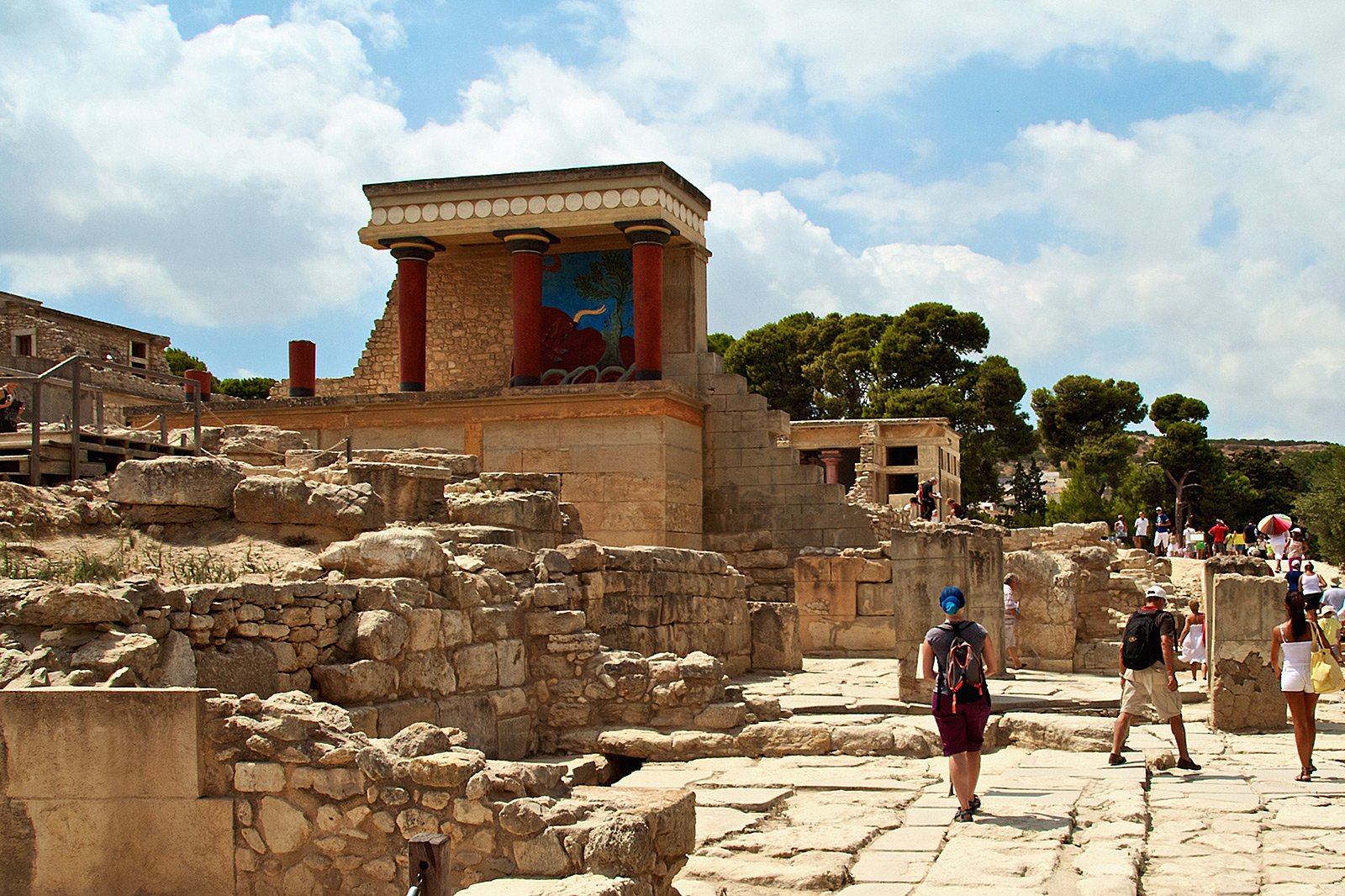 The first palace of Knossos was built over 5000 years ago, but was destroyed by natural disasters, and in its place was built a second palace, whose reconstruction you can see today.

Reconstruction of the palace engaged Arthur Evans, who tried to recreate all its beauty and grandeur, with his usual artist's fantasy. It is thanks to Arthur Evans, you can admire the frescoes, wonderful rooms and courtyards of the Minoan civilization, and immerse yourself in that era, forgetting that you are in the 21st century.

Most of the palace is a ruin, but there are several rooms, reconstructed with great accuracy. Walking through the palace, you will see a corridor with frescoes depicting young boys and girls, bearing gifts to the goddess, the priest dwelling, the throne room with a stone throne and shrine, magnificent grand staircase and many other rooms and courtyards.

In the palace are so many intricate corridors and secret rooms that many historians are inclined to think that it was served as the basis for the myth of the Minotaur's labyrinth.

Walk through the ruins of Knossos Palace

Walk among the ruins of the palace and try to get out of the labyrinth of the Minotaur.

Knossos Palace on the map