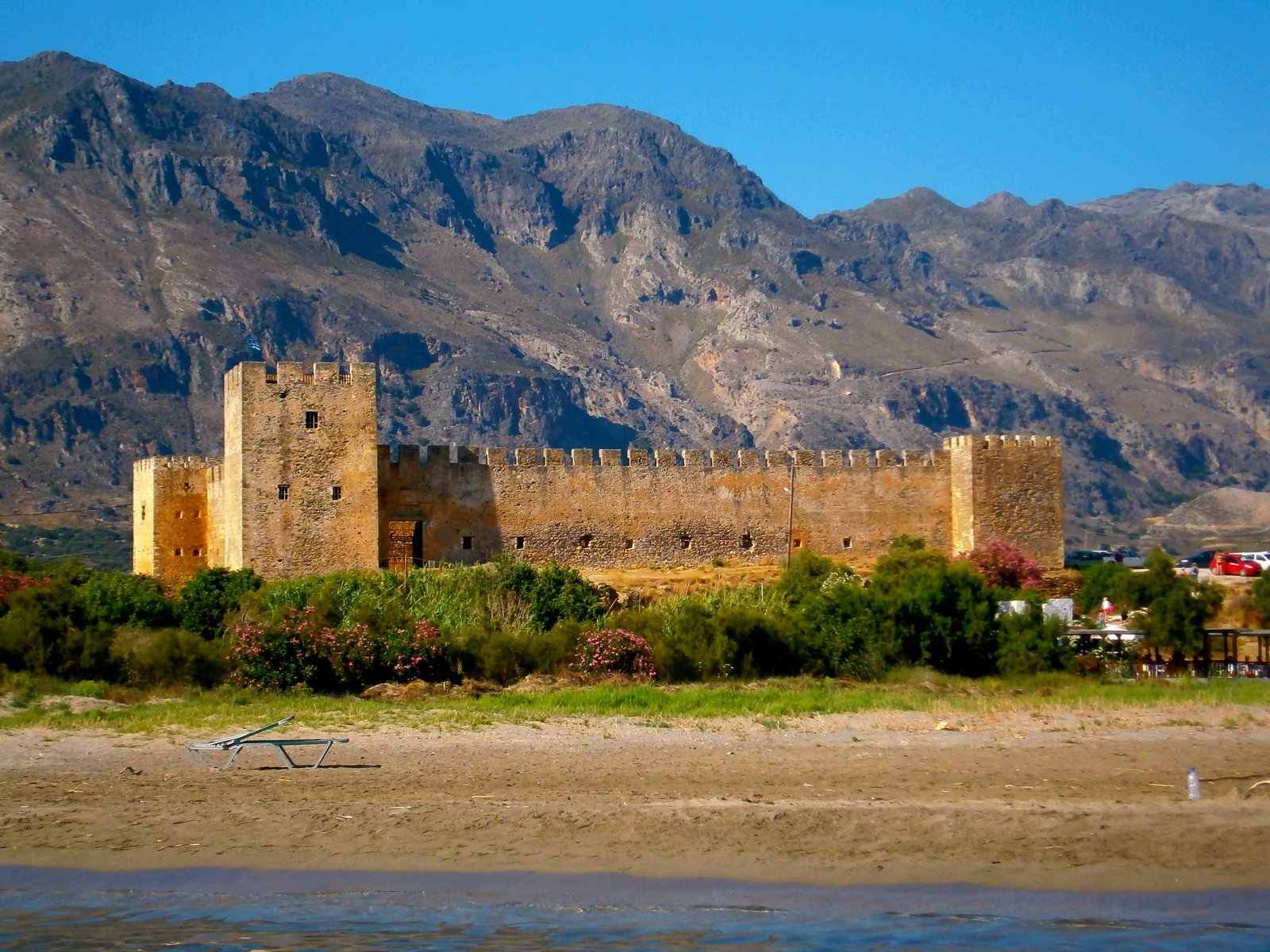 Castle was built by the Venetians to protect against pirates, and caused a rapid resentment of local residents, because it felt like the building was Catholic and foreign. During construction, it was often destroyed, but finally it was completed. Either because of the dislike of the locals or for some other reasons, inexplicable things began to happen here.

In late May, early in the morning, you can see the unusual phenomenon - drosoulites - from Saint Charalambos church to the fortress of Frangokastello shadows of warriors begin to move, the action lasts for almost 10 minutes.

Location: is 12 km from the village of Chora Sfakion and is a simple square castle with turrets.
← Georgioupoli village#15 of 18