You can visit this place in one of our tours.Choose
Beautiful place of Crete, where there is unspoilt nature, there are three seas, and the color of the water has several different shades. 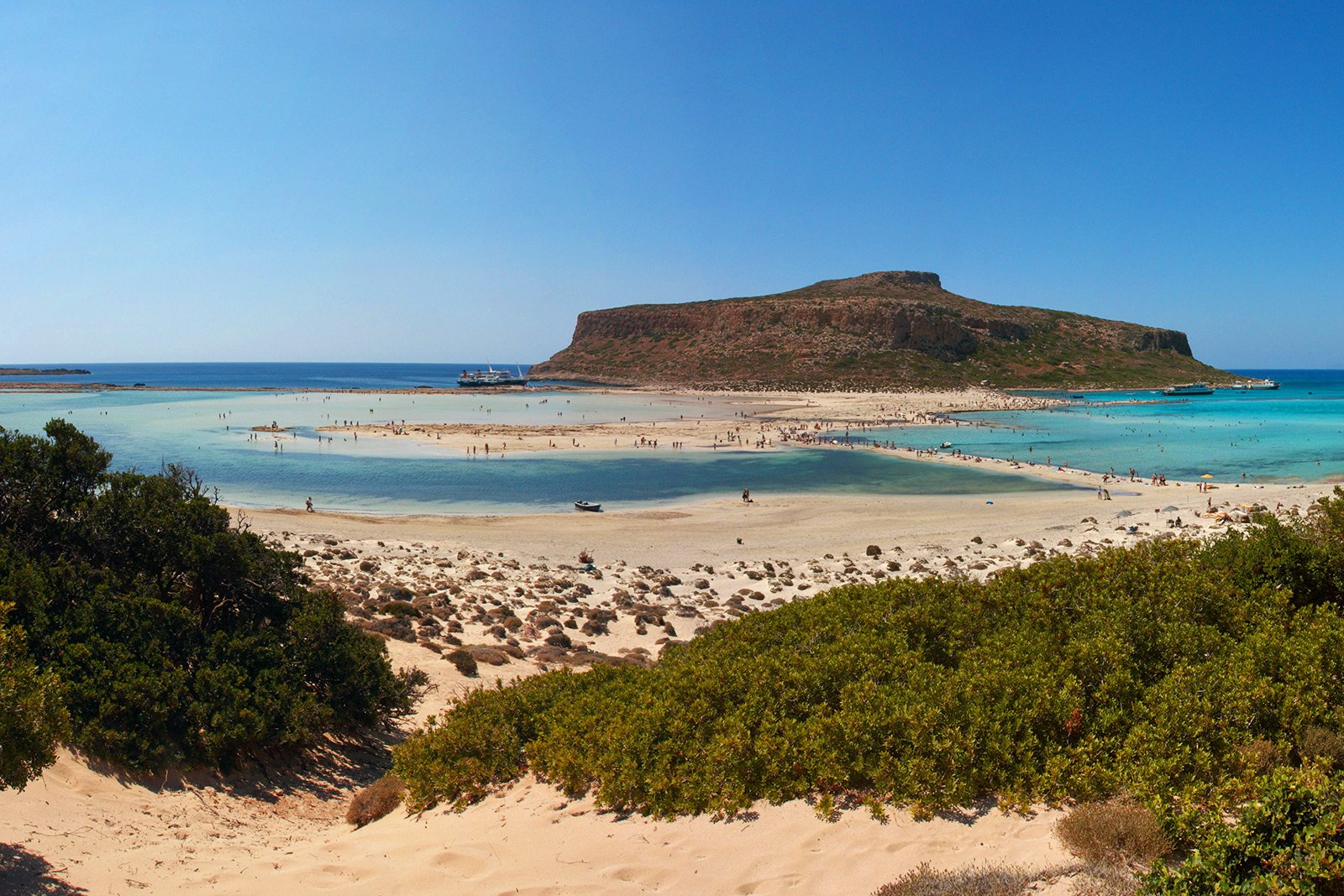 Balos Lagoon is located in Gramvousa Peninsula in the north-western part of Crete. You can reach it from the town of Kissamos.

The bay and the beach of Balos are impressive for the scenery, here, surrounded by tropical plants, you can dive into a state of trance when the beauty of nature around you knocked down.

Protected from strong winds, Balos Beach is a wild place where there is only rent sunbeds, but no shops with souvenirs and food. The water in the bay is crystal clear, and in some places, it poured all colorings of blue and green.


Balos Lagoon on the map 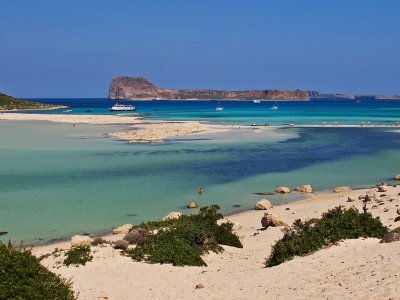