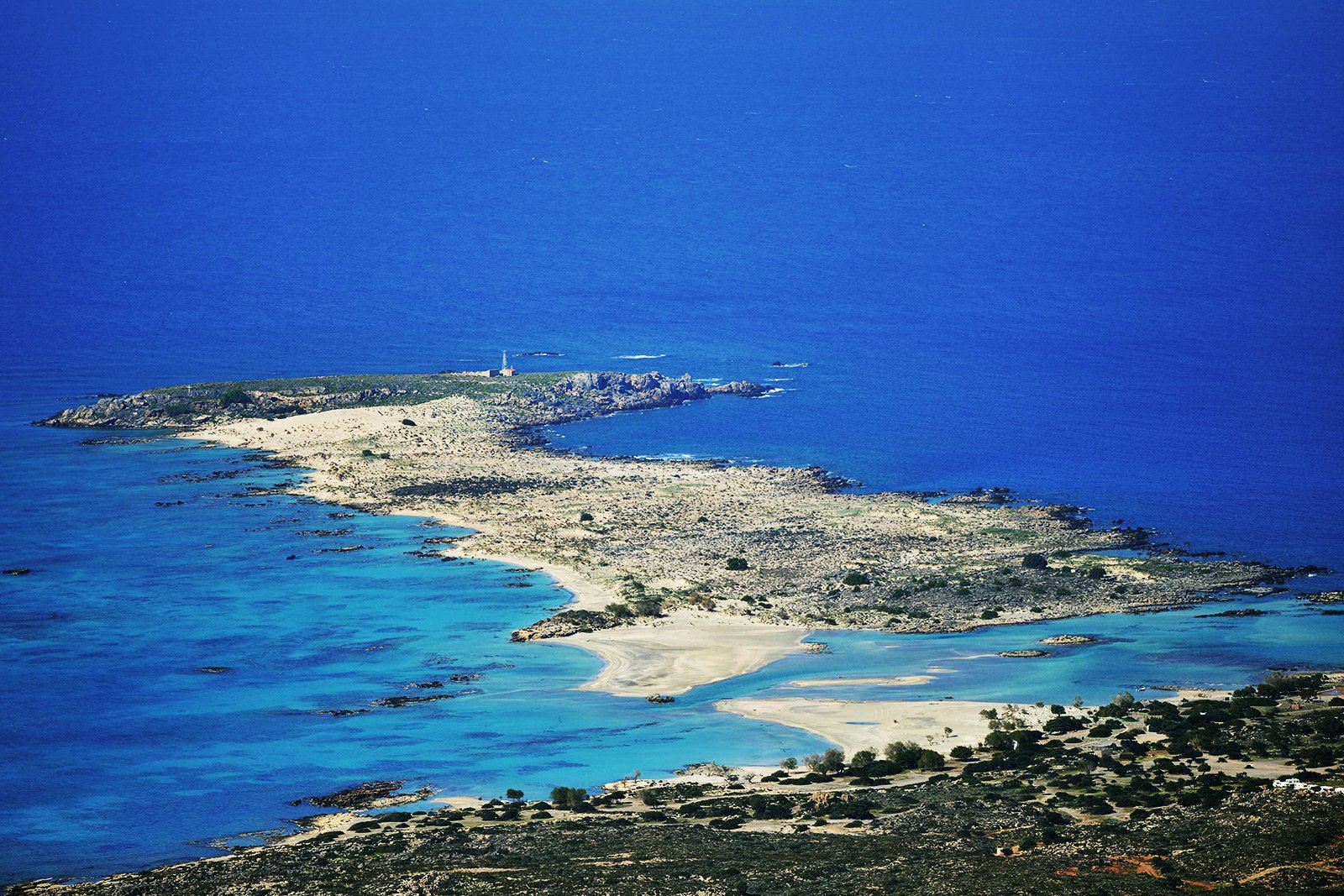 Elafonisi Island is located on the southwest coast of Crete, it is separated from the coast for a hundred meters, and you can walk to the island through the shallow water.

The Elafonisi island has a memorial plaque, which is the only reminder of the tragedy that occurred here in the 19th century, when the Turks killed in one night all the inhabitants of the island, many of whom were children and women.

Now on the Elafonisi island you can relax away from the crowds, to dive in the deep waters of the sea, and take a walk around the neighborhood.

Elafonisi island on the map