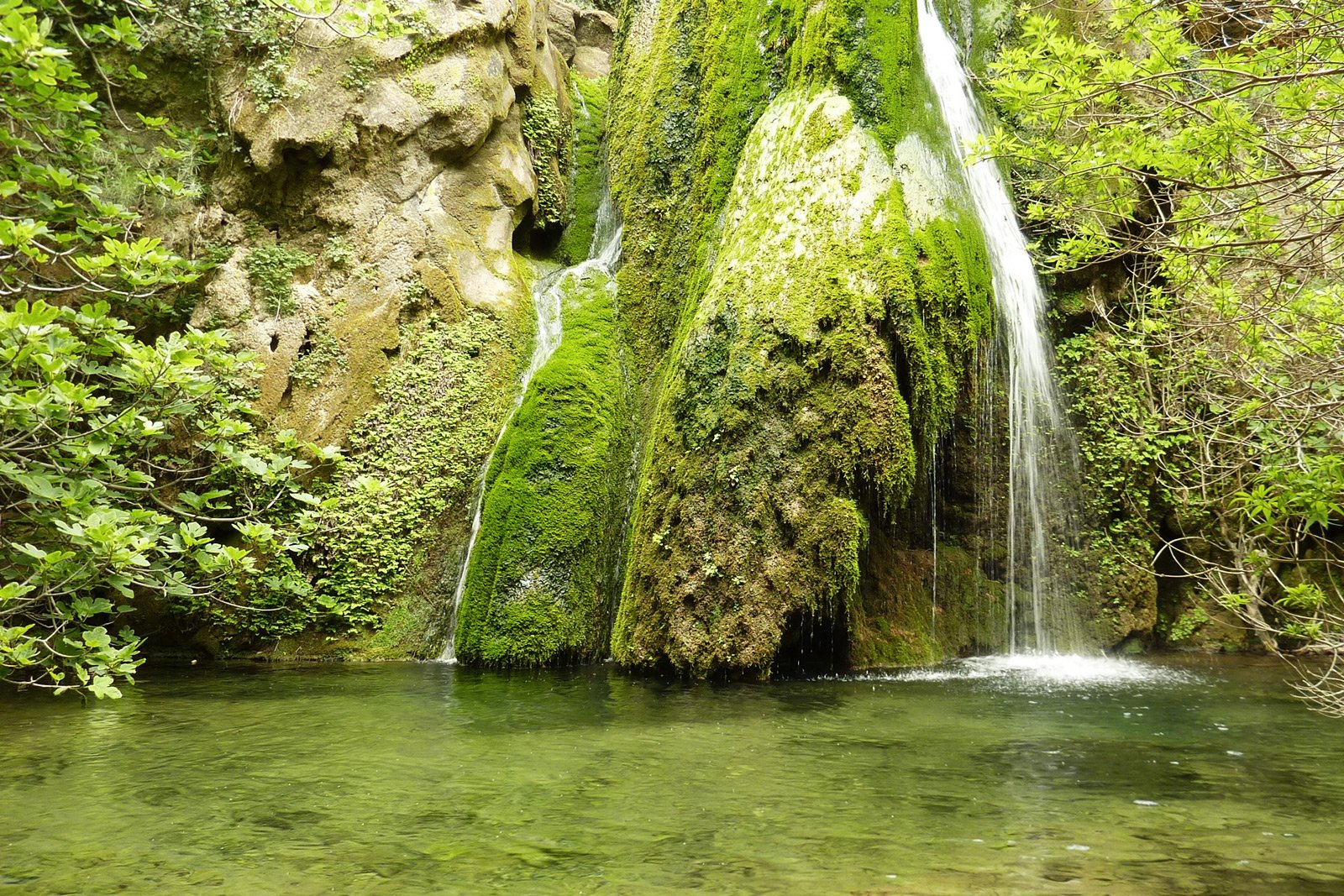 Richtis waterfall hiding in the Richtis gorge, you can reach it, starting from the village of Exo Mouliana, or from the Richtis beach. In the first case you will have to go more than an hour, but the road will be easy and very pleasant. The hike to the waterfall from the beach entrance takes only about half an hour, but on the way you can meet dangerous areas.

In the Richtis gorge is easy to navigate, there are pointers. You will find the jungle thickets, and open hills, and blooming gardens with scents of citrus trees.

Richtis waterfall on the map