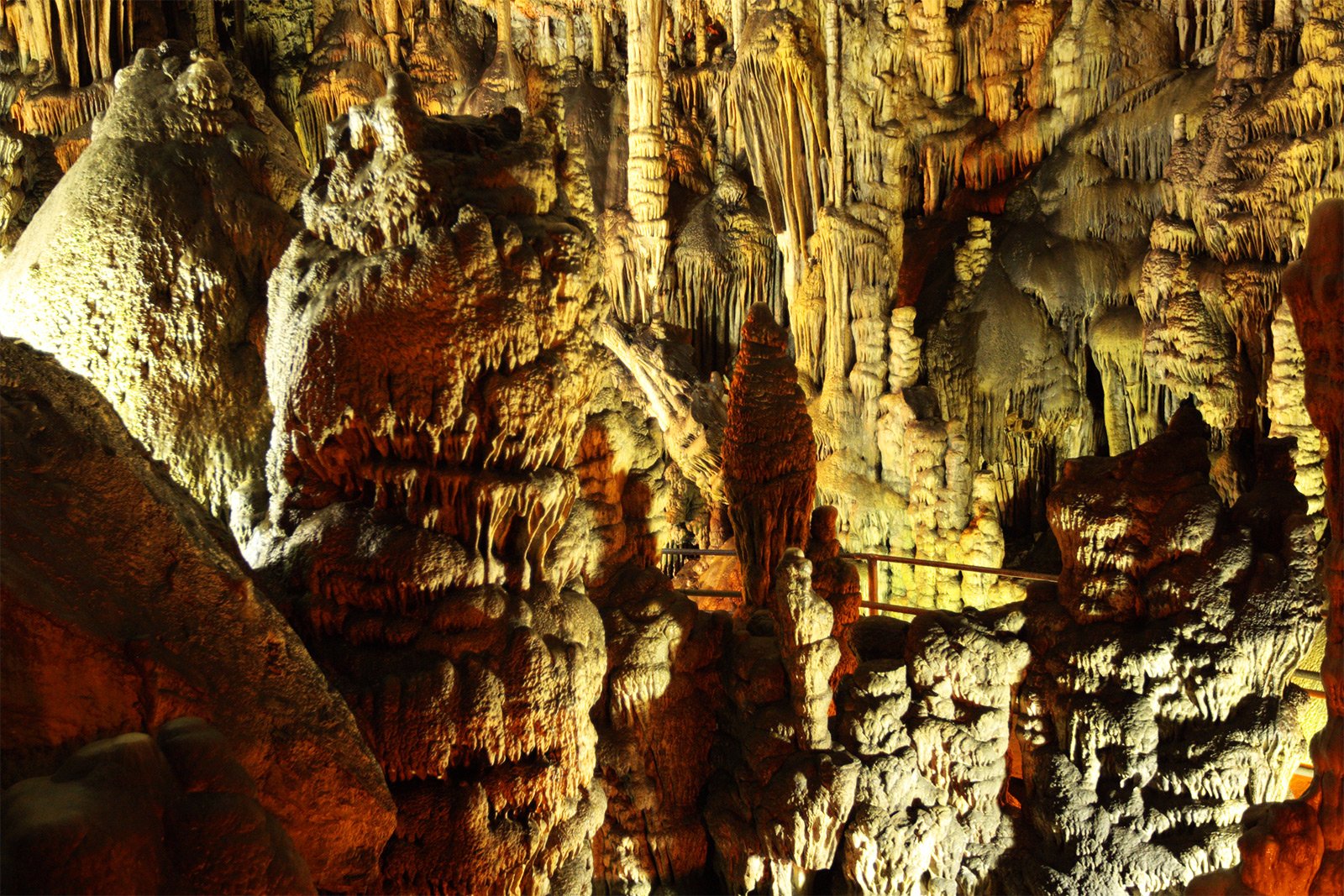 Psychro Cave, or Diktaean Cave is located in the mountains above the Lasithi plateau. Small path leads to it out of the valley, and the cave is located on more than a thousand meters above sea level.

According to legend, Ray and her son Zeus hid in this Psychro Cave from Kronos, who, fearing the prophecy about his son, who will overthrow him, became devour all his children, and only Zeus could escape from him.

The Psychro Cave consists of an entrance hall, where is the altar and the main hall. In the depths of the cave there is an underground lake.

You can reach the depth of the Psychro Cave by rail stairs, surrounded by stalactites and stalagmites, purchasing fancy shapes under artificial light.

Psychro Cave on the map