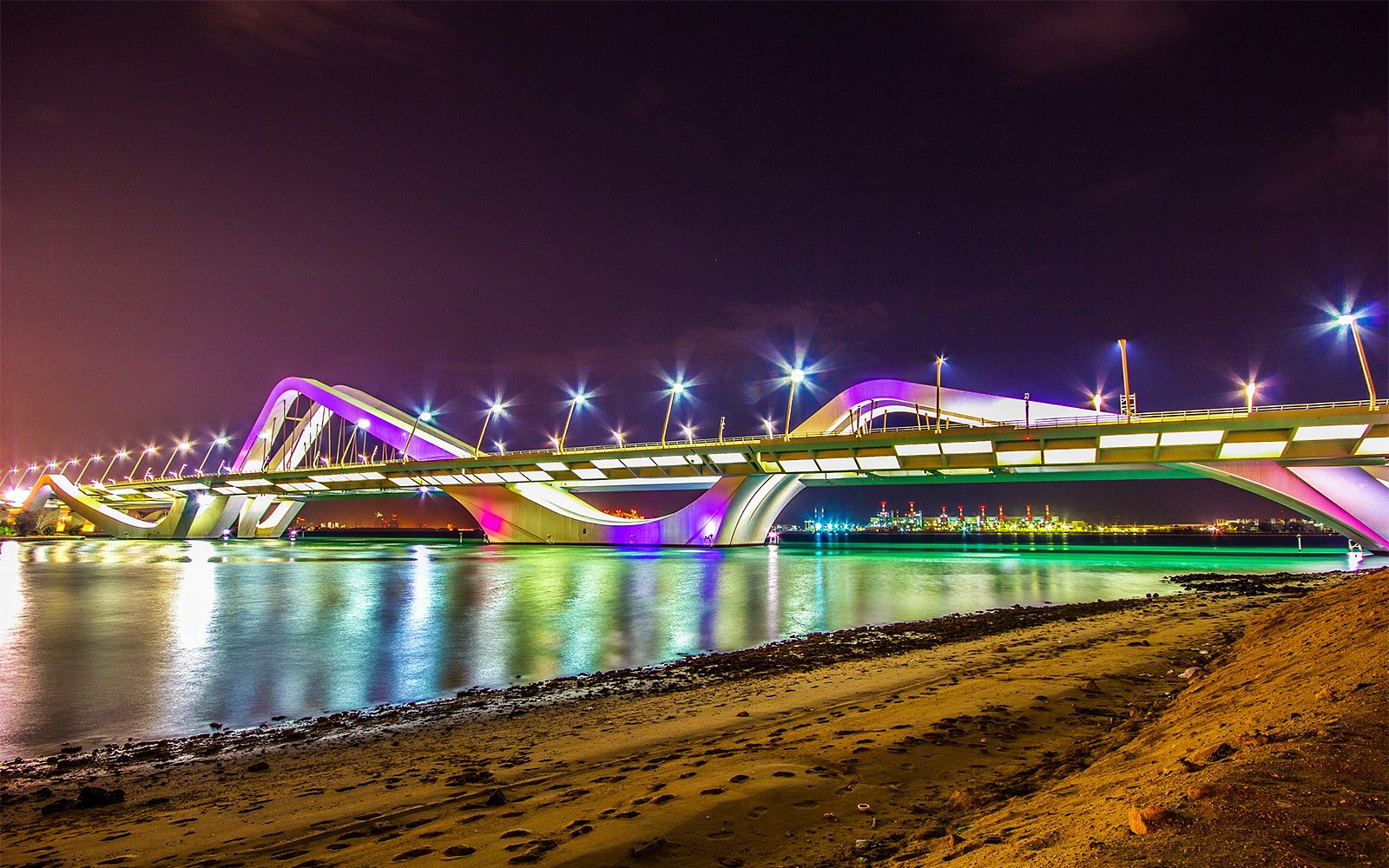 Driving over the Sheikh Zayed bridge is a real aesthetic pleasure.

Two four-lane roads with a length of 842 meters are located at an altitude of 20 meters above the water level. The bridge resembles huge sand dunes and connects the mainland and insular parts of Abu Dhabi. Given that most part of the Emirates is desert, this idea is predictable, but still original. Arab designers received the highest award in the field of architecture for this project - the Pritzker Prize. 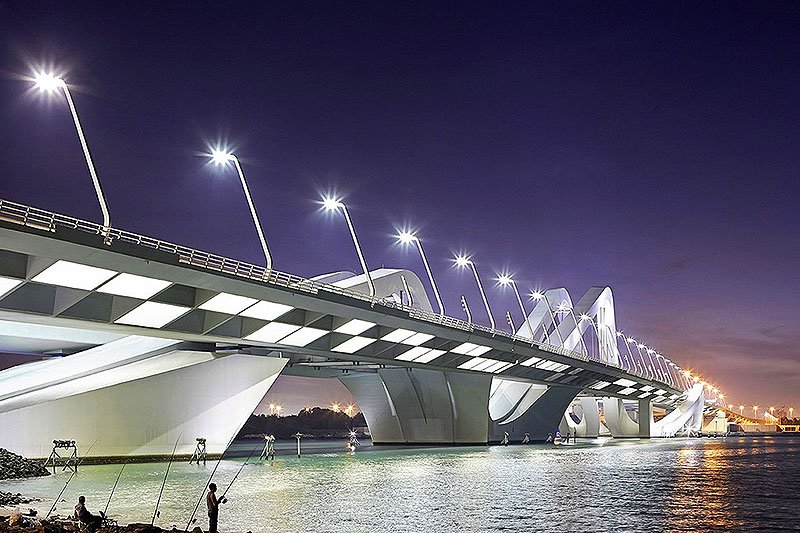 1. You will find the Sheikh Zayed Bridge on E10 highway or Abu Dhabi Al Shakhama Road. It is located not far from Al Bateen Executive Airport and Khalifa Park. 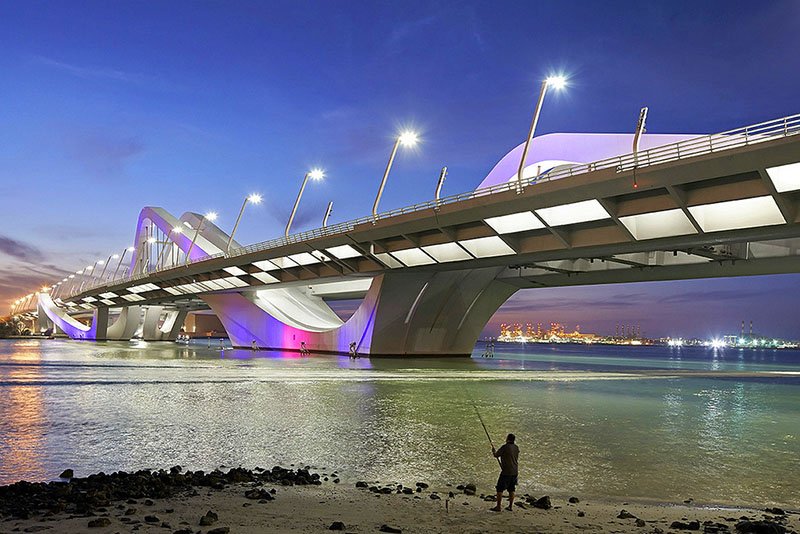 2. It is better to come here at night, when the "dunes" of the bridge are illuminated by lights, and the lanterns remind palms. Go down to the coast under the bridge to make a cool photo. Even at night, you will be accompanied by local fishermen, who stand on the shore with fishing rods.

Appreciate the taste of two hundred varieties of dates at the picturesque and really grand event the Date Festival in Liwa oasis.