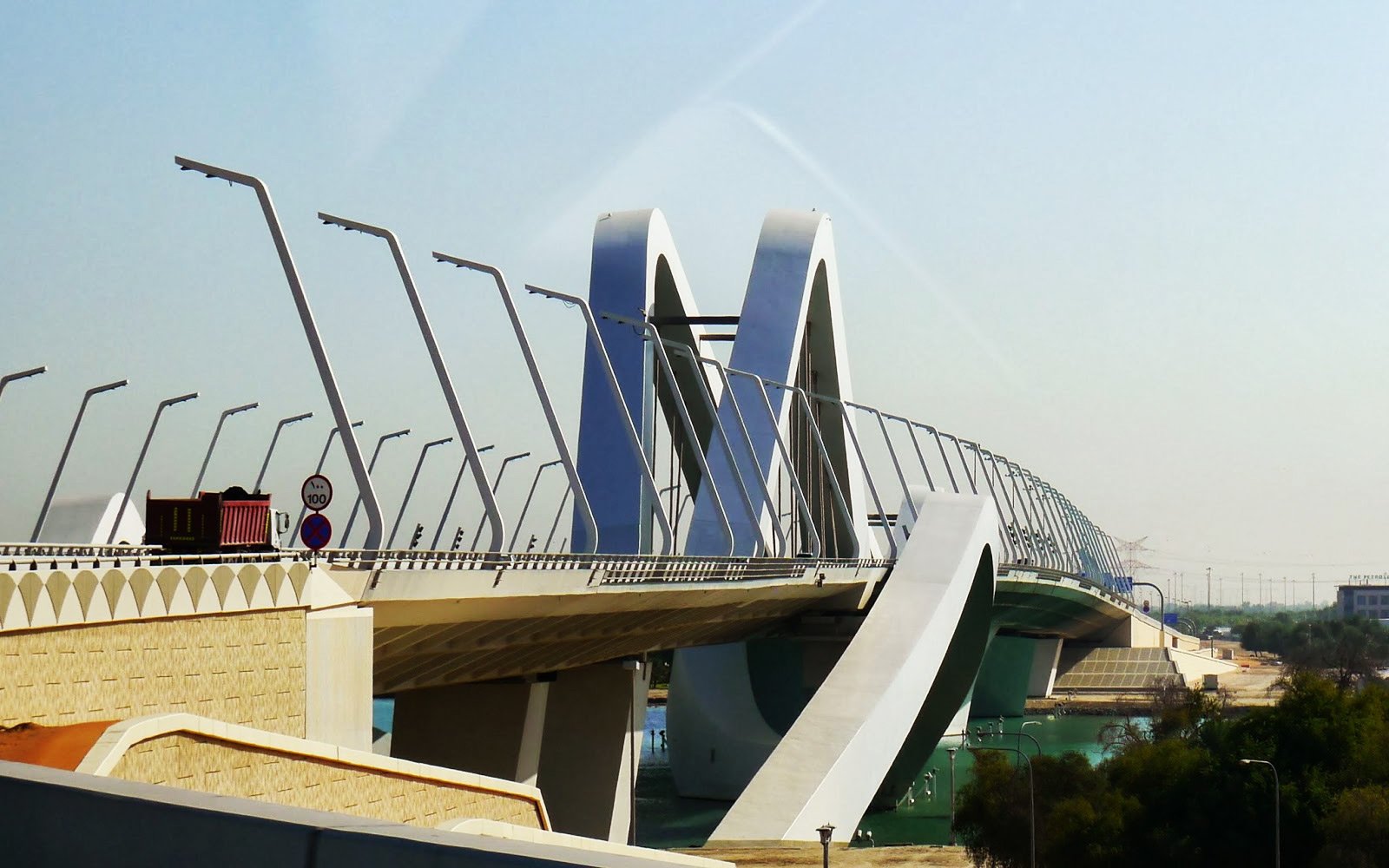 Sheikh Zayed Bridge connects the mainland of the Emirates with Abu Dhabi. This incredible construction built according to the project of architect Zaha Hadid was awarded the Pritzker Architecture Prize - the most significant award in the field of architecture. The fact that the construction is named after the ruler of the Emirates is another acknowledgment of the bridge value. 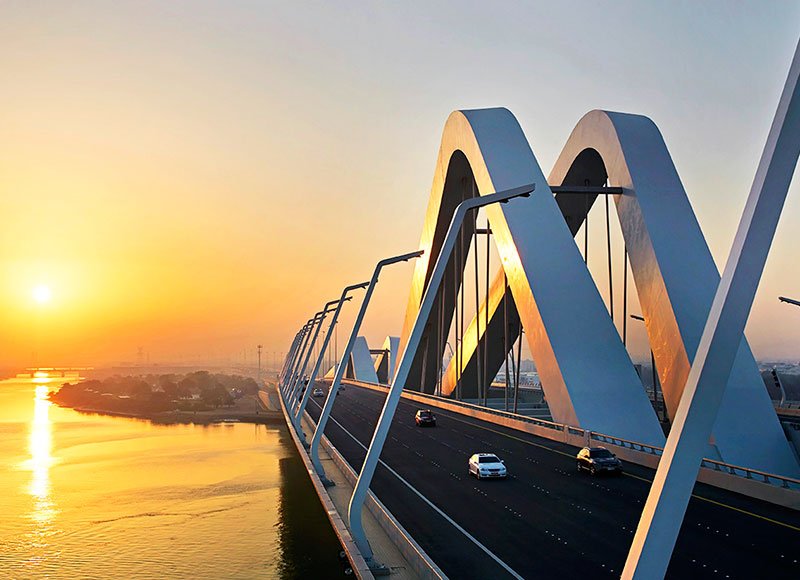 The bridge is 842 meters long, it has two four-lane roads at the height of 20 meters above the water level; each of them is attached to the peculiar sine-waves and its shape resembles sand dunes. At night when the bridge highlighting is on the construction is even more spectacular. 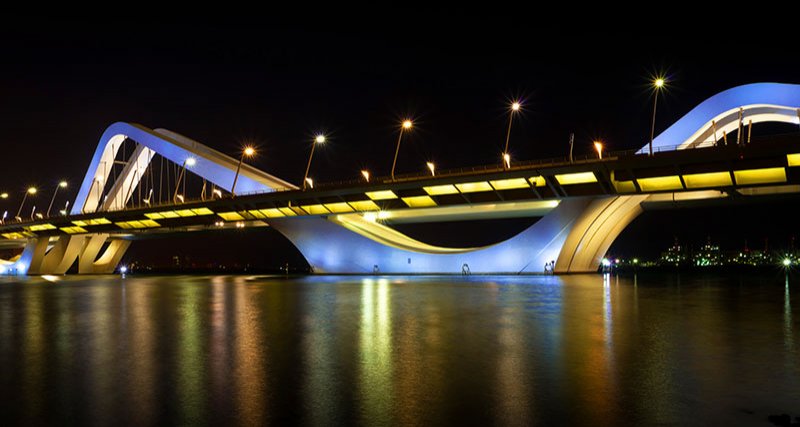 Sheikh Zayed Bridge on the map