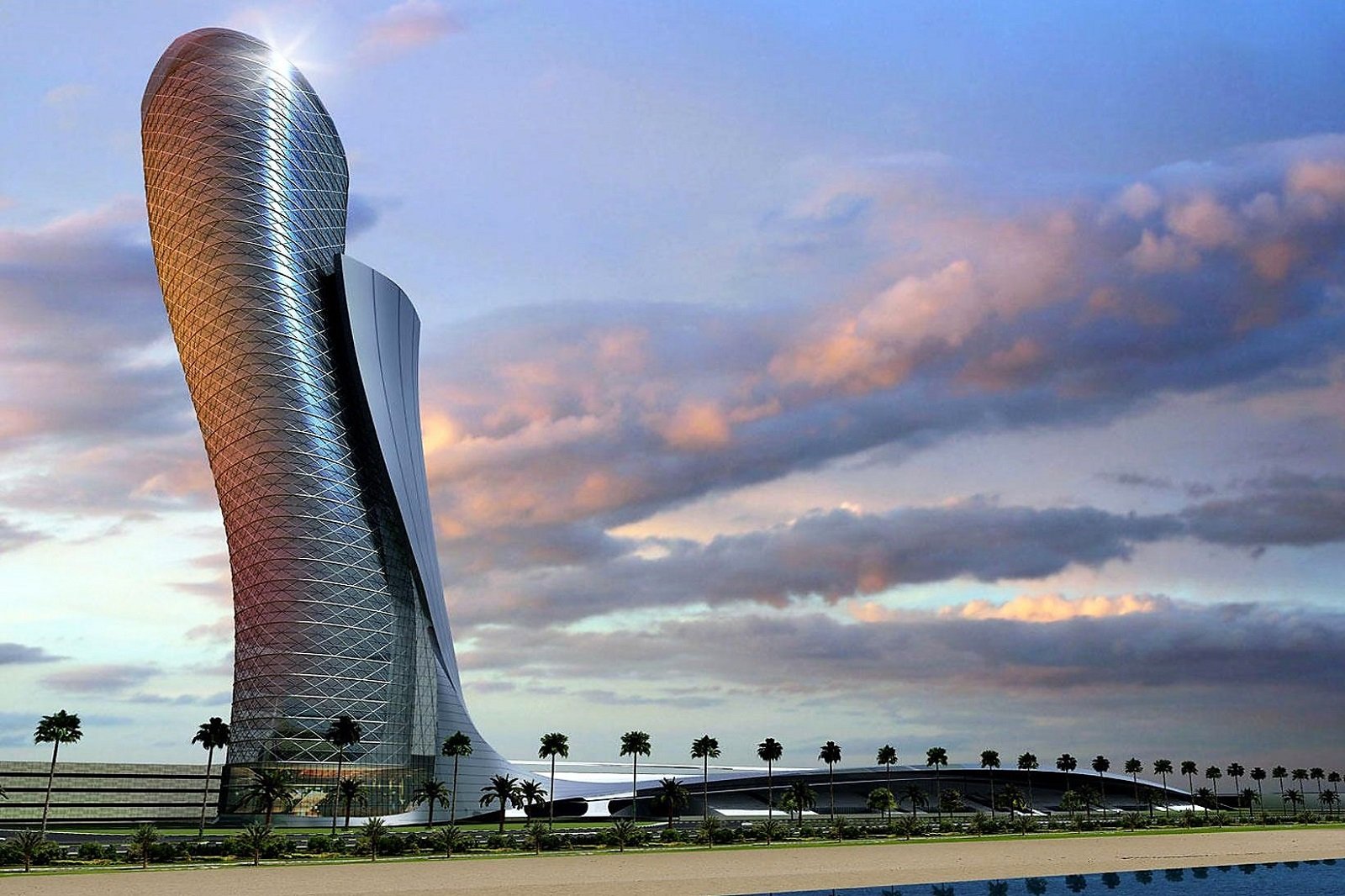 When the glass skyscrapers in the Emirates ceased to amaze travelers, local authorities relied on the unique design of the buildings.

In 2007, the construction of the 160-meter skyscraper Capital Gate began upon the project of the London architectural bureau, which later became known as the Falling Tower. Construction work lasted 4 years. It's been estimated at $ 2.2 billion. 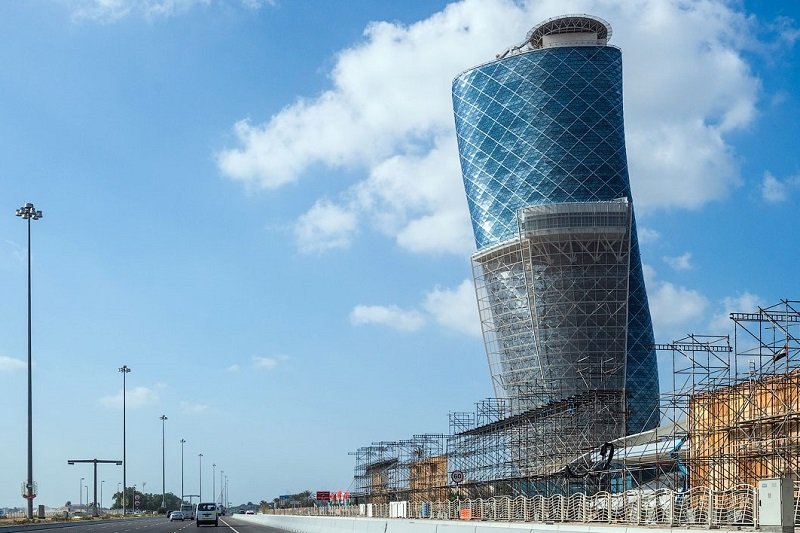 The first 12 floors are constructed straight, and all the subsequent 23 floors gradually deviate by 30-140 centimeters to the west. Thus, the skyscraper is tilted at an angle of 18° to the earth - even more than Leaning Tower of Pisa (4°), and was entered to the Guinness World Records as the building with the largest slope in the world (hence the name Falling Tower). A facade made of glass, reduces electricity consumption to a minimum, and innovative double-glazed windows allow to save on air conditioning.

Inside the building, there are offices, conference halls, a five-star hotel Hyatt Capital Gate and a restaurant with a panoramic city view. 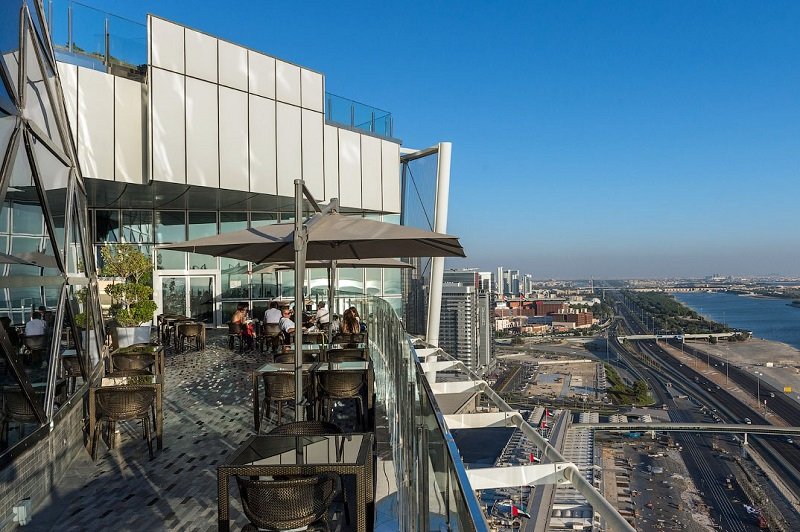 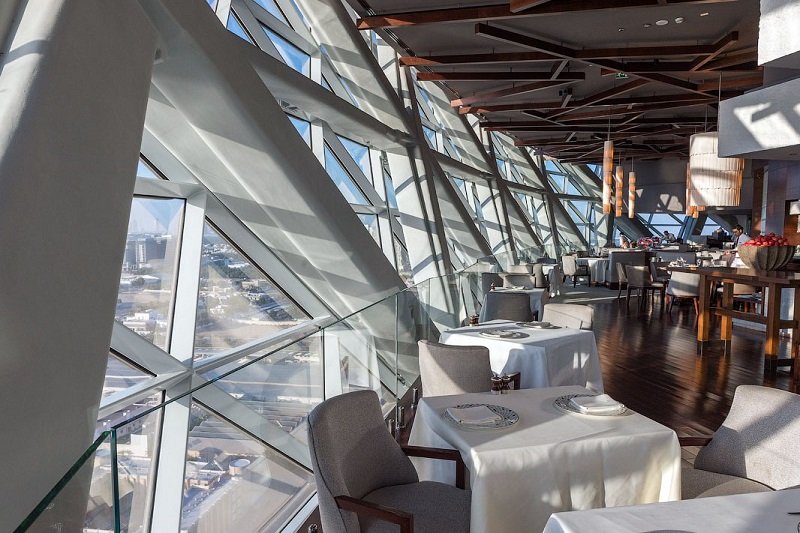 Photo: Abu Dhabi, Inside of the 18 Degrees Restaurant, © Ilya Varlamov

1. The Falling Tower is located on Al Khaleej Al Arabi Street, which is 15 minutes drive from the International Airport and 20 minutes from the Abu Dhabi downtown.

2. Go up on the 18th floor, to the 18 degrees Restaurant at sunset, order wine and watch the sunlight playing on the glass walls of city skyscrapers. 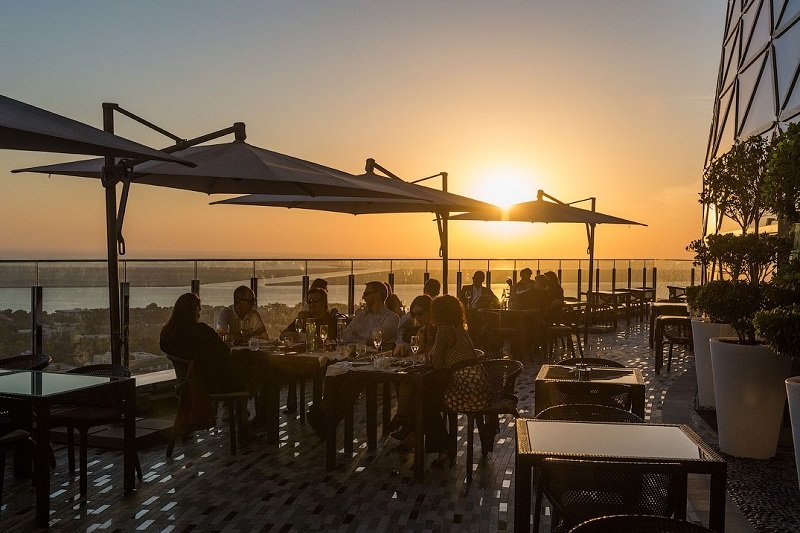 The entrance to the scyscraper is free of charge.
A glass of wine in the restaurant costs 45 dirhams, a cup of coffee - 22 dirhams.
← Go to the Qasr Al-Hosn Festival#24 of 27