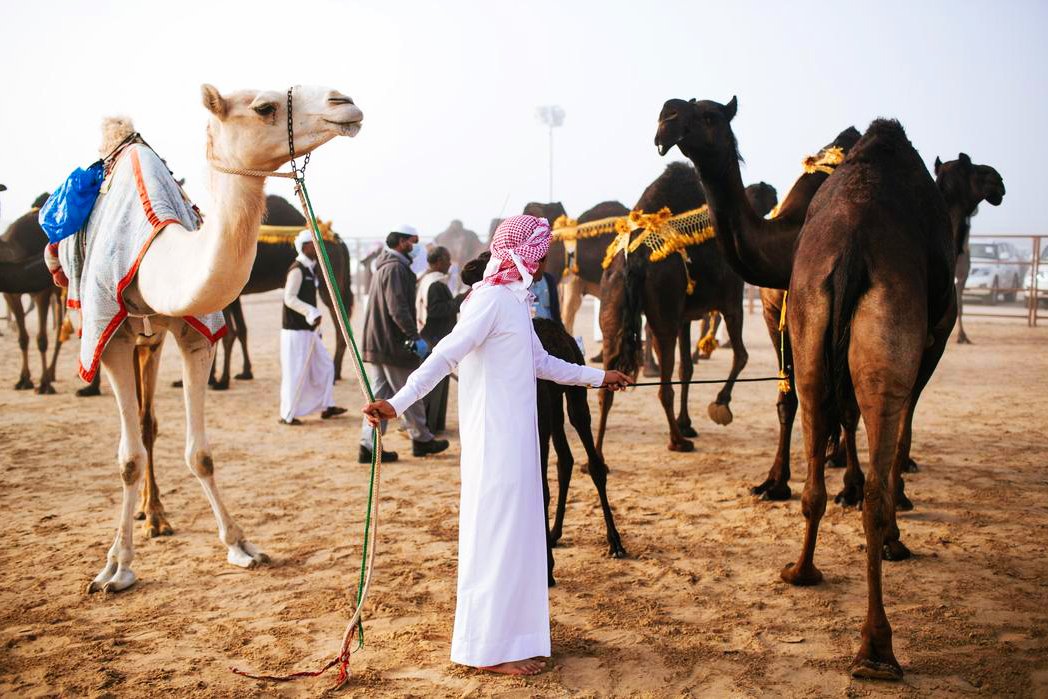 Arabs are very fond of camels, who used to be as a transport and saved them from hunger. Since 1999, in Abu Dhabi, the Al Dhafra Festival has been taking place annually, in which they choose the 10 best camel-dromedaries. Every year the number of participants increases. And if there were about 30 thousand of them earlier, in 2017 — it`s up to 50 thousand camels.

The winners are chosen by the jury selected by the government. They determine the winners and award titles to them. The owners of these handsome creatures receive cars and money – from 18,000 to 30,000 dirhams as gifts. 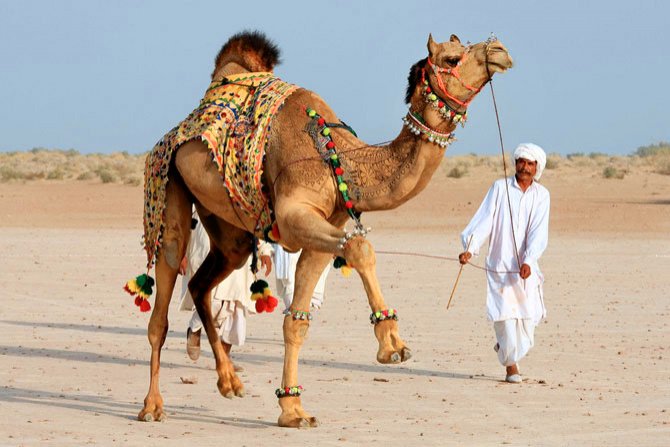 1. The camel beauty contest takes place near the city of Madinat Zayed, 150 km from Abu Dhabi. To get here, rent a car and drive along Al Khaleej Al Arabi Street. Then turn to Al Ain Truck Road, and then - to Abu Dabi Tarif Road. Then turn to Tarif-Liva Road and it will lead you to Madinat Zayed.

2. The appearance of participants is evaluated at the qualifying stage. The camel should be stately, with a large symmetrical hump, large mustaches, chubby cheeks, broad neck and firm ears. The best camels of light breed Asayel and the dark one — Majahim are chosen separately.

The second stage is camel racing. 10 participants, who сome first, are the winners of the beauty contest. 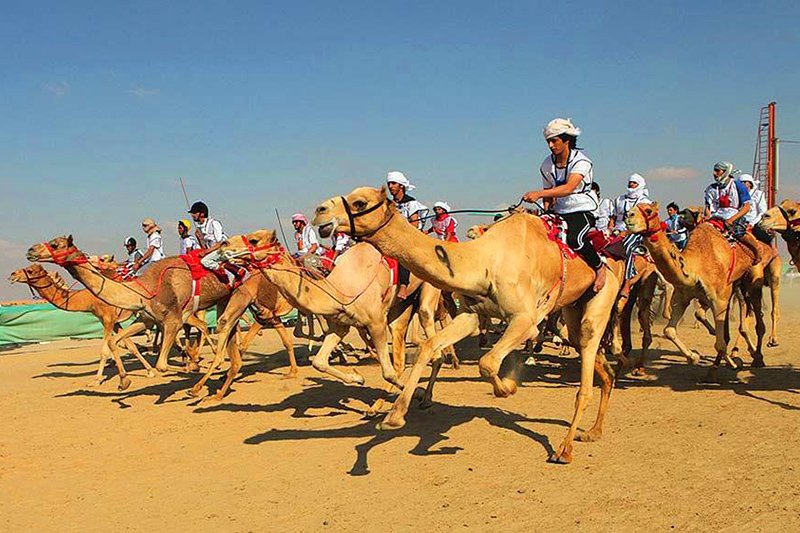 3. The absolute winners have their head and neck marked with a red paint made of saffron and other herbs. The audience greet them with a round of applause. 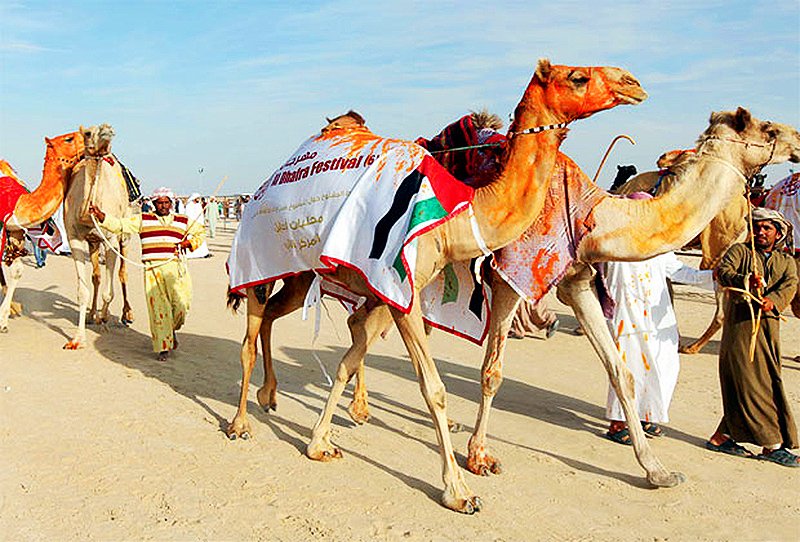 Photo: The winner of the contest

It takes place every year on December 14-27.

At the festival you can also ride a camel and buy souvenirs made of camel wool.
← Drive over Sheikh Zayed Bridge#19 of 27