TOP-65 adventure's step-by-step
recipes & lifehacks
How to drive Vespa - iconic italian scooter in RomeHow to peek through the Knights of Malta keyhole in RomeHow to visit the Colosseum in RomeHow to see the illusion of St. Peter's dome in RomeHow to admire Rome from the Aventine Hill in RomeHow to take an Oculus selfie in RomeHow to touch the Mouth of Truth in Rome
65 things to doin Rome
A place with a romantic atmosphere in the heart of Rome, with a great view on the magnificent Colosseum. 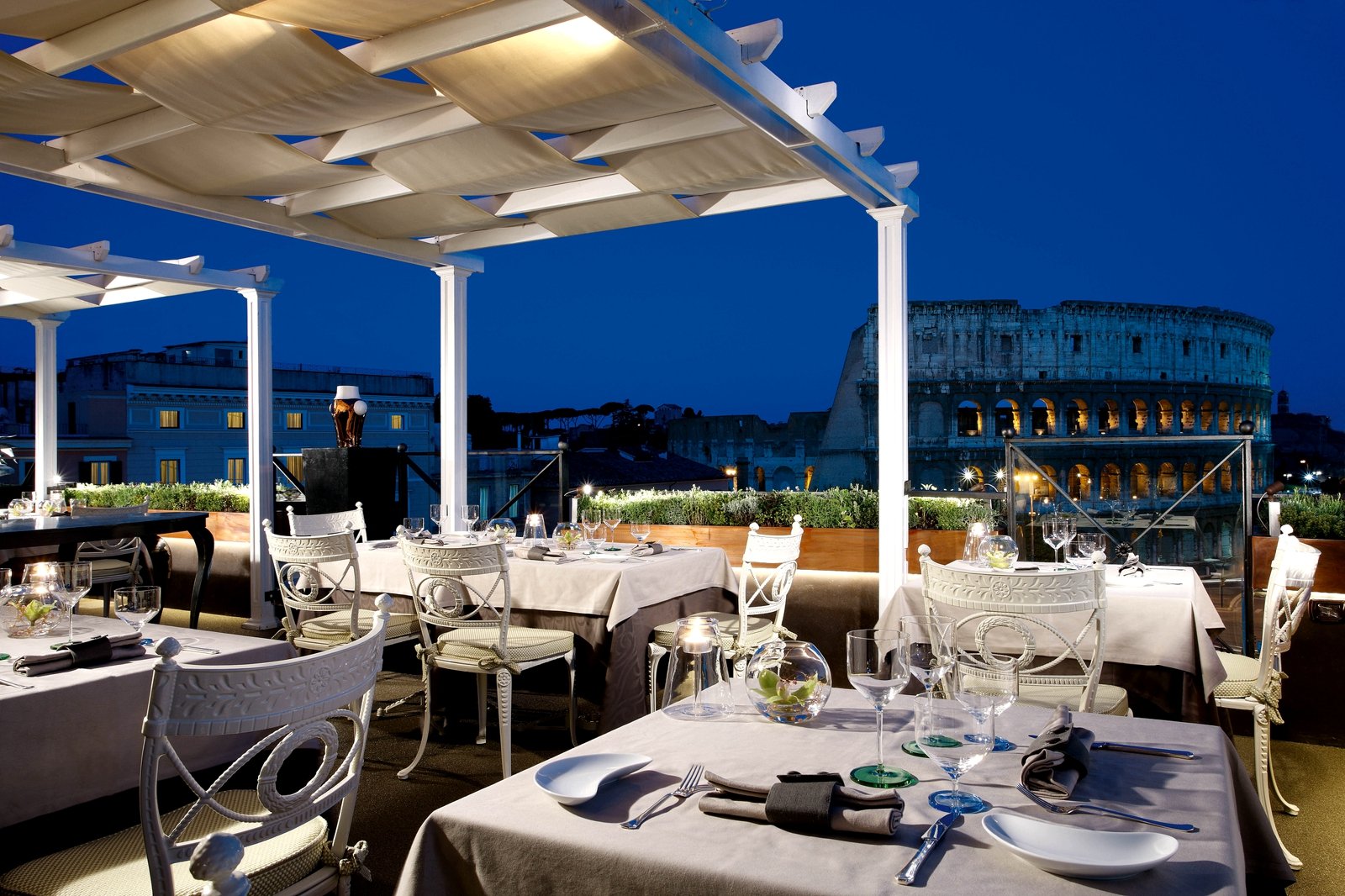 The Aroma Restaurant is located on the terrace of the Palazzo Manfredi hotel, in the heart of ancient Rome. Here, in the hall made in a modern style, you can spend your time listening to live music, enjoying good cuisine and a panoramic view of the Eternal City from Piazza Venezia with the King Victor Emanuel Monument, across the Imperial Forums to the Basilica of Maxentius and the Colosseum. 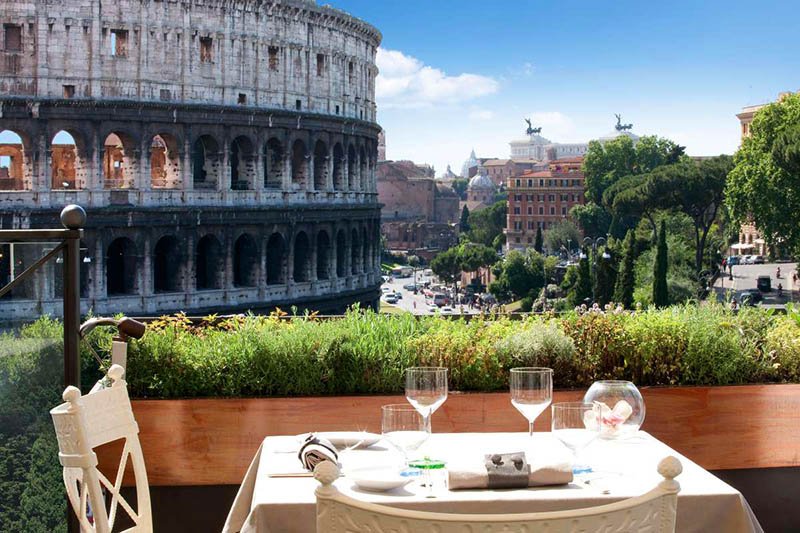 The restaurant has a dress code, so men should wear trousers and shirts and women can show off in their new evening attires :-)


Aroma Restaurant on the map