TOP-65 adventure's step-by-step
recipes & lifehacks
How to drive Vespa - iconic italian scooter in RomeHow to peek through the Knights of Malta keyhole in RomeHow to visit the Colosseum in RomeHow to see the illusion of St. Peter's dome in RomeHow to climb to the roof of the Altar of the Fatherland in RomeHow to admire Rome from the Aventine Hill in RomeHow to walk through the orange garden in Rome
65 things to doin Rome
Church di Sant'Agnese is a splendid and majestic temple of Italian baroque that keeps sorrowful legend and precious relics. 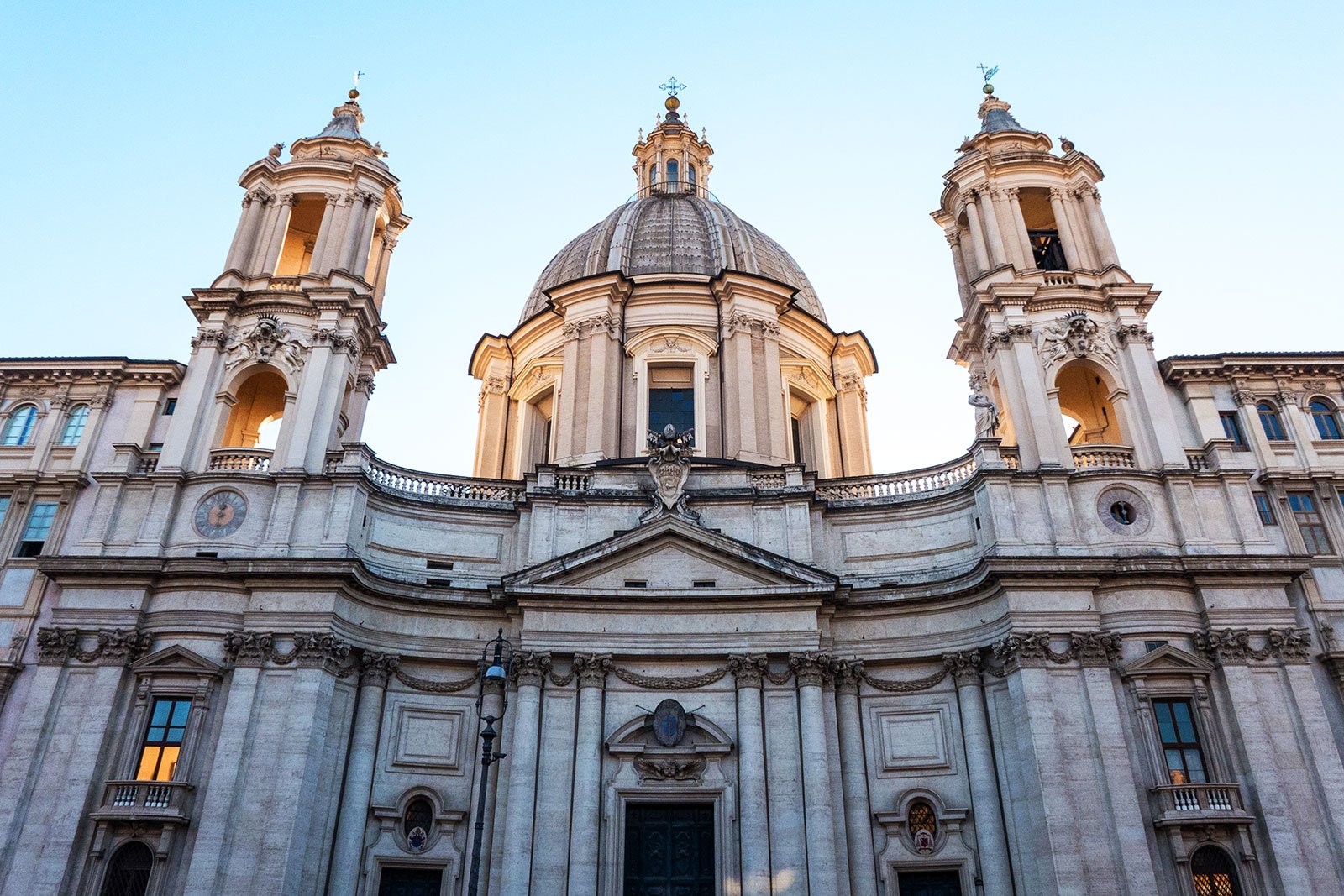 According to the legend, the church was constructed at the place of the first Christian's martyrdom. Son of the local prefect was attracted by the beauty of the Christian, but she refused him because of the vow of chastity sha made and committment to faith. The perfct ordered to send Agnese to brothel. But as soon as the Christian's clothes were taken off, the miracle happened - her hair grew to such an extent that it could cover the young virgin. Men who wanted to possess Agnese lost their virile strength and the perfect's son died without having a possibility to touch her. The Christian resuscitated the young man praying and in return she was condemned as a witch and commited to stake. But the fire didn't inflame and she was poniarded.

When Agnese died she was 12 years old. She was buried in catacombs. The head of the holly mother of virgins is kept in Sant'Agnese in Agone church that is said to be constructed at the place of the borthel. The construction was started by the architect Rainaldi in 1652, but in 1653 master Borromini got down to work. He created the central part with the monumental dome and fabulous face side with belfries along the edges. The interior of the cathedral strikes the imagination with majestic redecoration.


Chiesa di Sant'Agnese in Agone on the map