You can visit this place in one of our tours.Choose
City residents and travelers love this garden for the comfort and coolness, for the incredible atmosphere prevailing there, and for the opportunity to see a unique panorama of Rome. 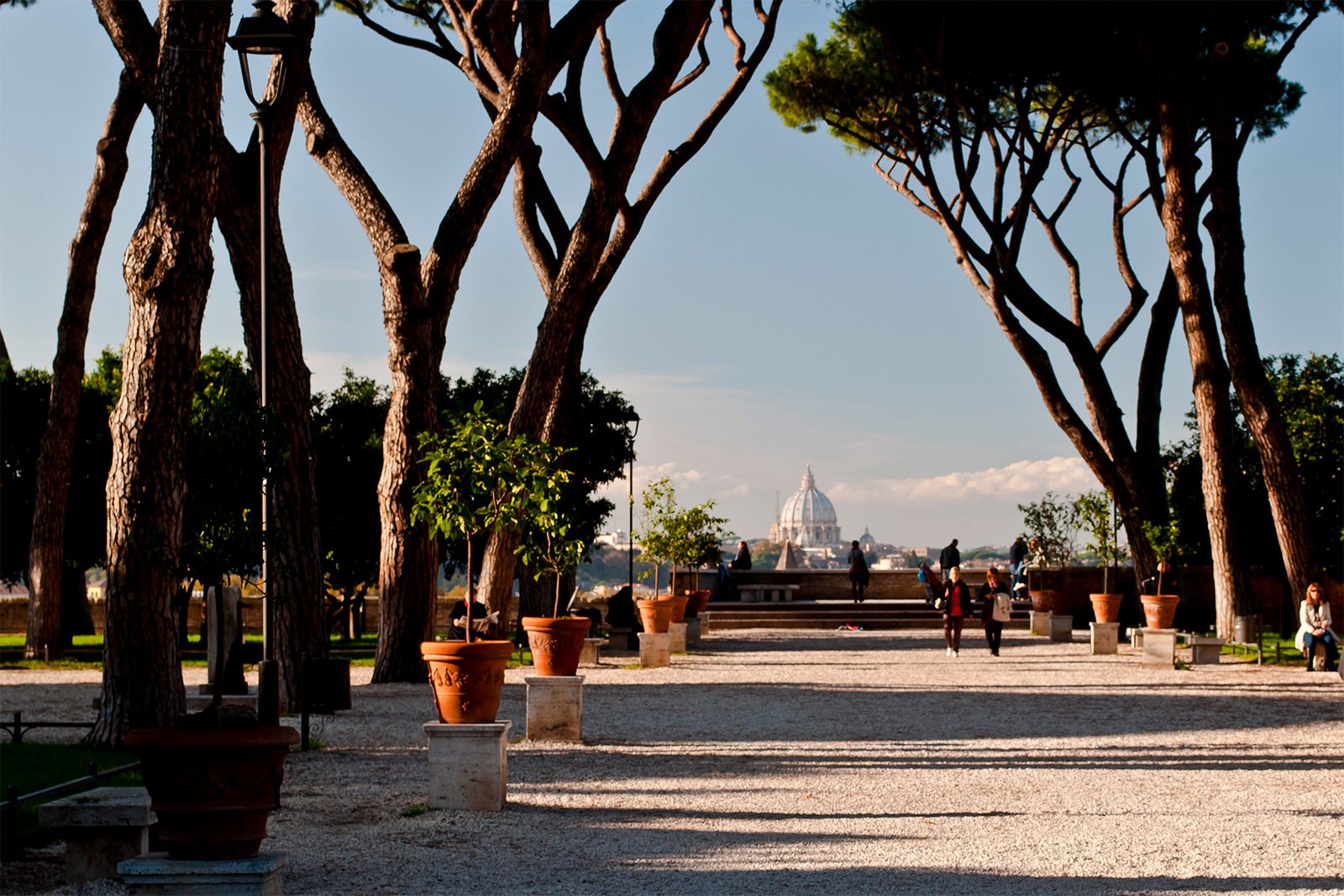 In fact, a park with orange orchards called Savello, but the city residents and travelers called it the Orange Garden (Giardino degli Aranci).

Here you can escape from the bustling city, hiding from the heat under a canopy of trees, take wild and tasteless orange and see the life of Romans, who like to rest here after a working day.

It is better to come here at dawn or before the closing (around 6 pm). In this time you can enjoy Rome in complete silence. 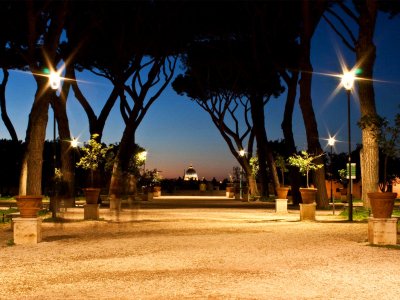 The Orange Garden on the map