TOP-65 adventure's step-by-step
recipes & lifehacks
How to drive Vespa - iconic italian scooter in RomeHow to peek through the Knights of Malta keyhole in RomeHow to visit the Colosseum in RomeHow to see the illusion of St. Peter's dome in RomeHow to climb to the roof of the Altar of the Fatherland in RomeHow to admire Rome from the Aventine Hill in RomeHow to walk through the orange garden in Rome
65 things to doin Rome
Fontana del Moro is an impressive sculptural composition that once underwent changes, but kept its majesty and significance. 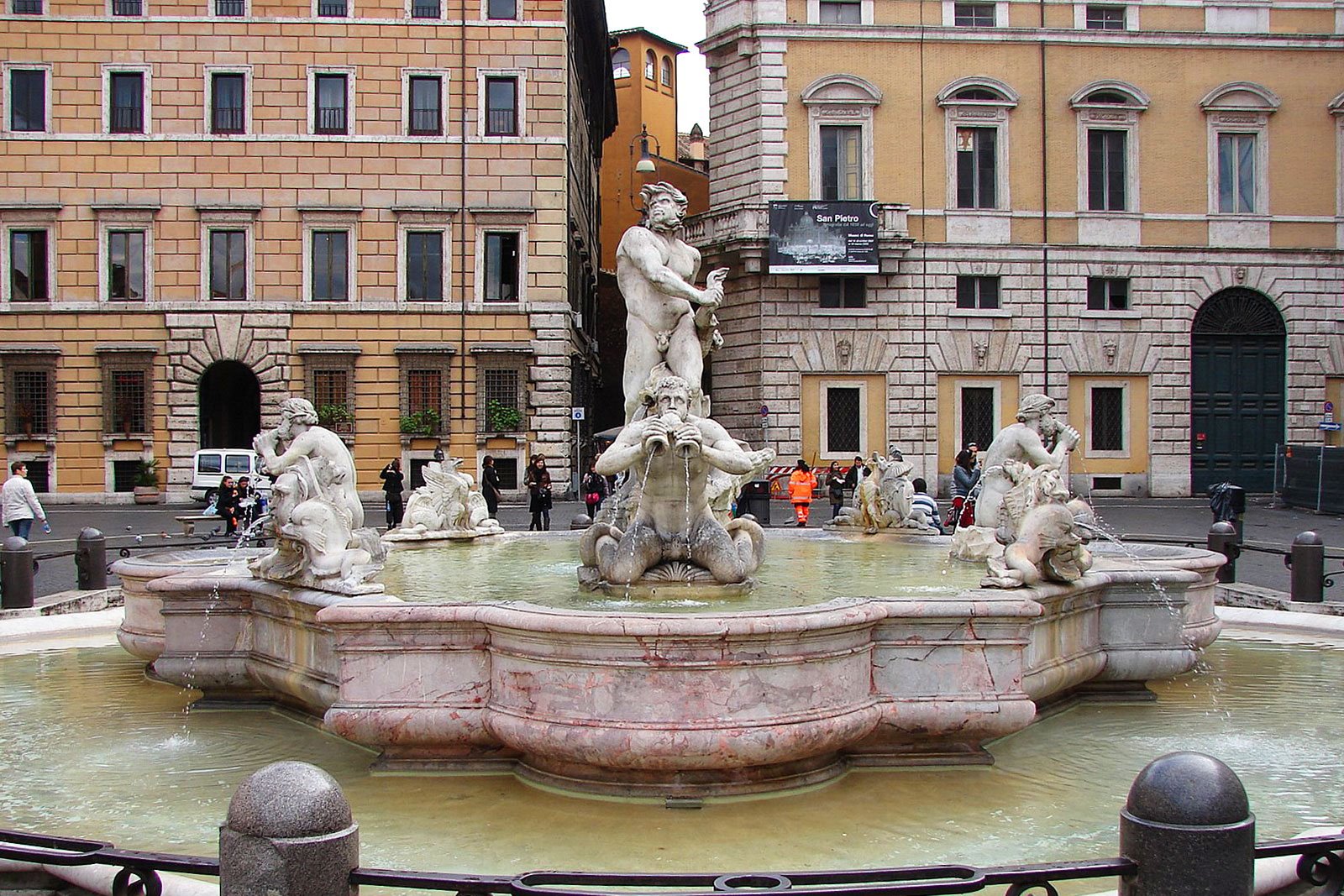 At the southern end of Piazza Navona there is Fontana del Moro.

The first part of del Moro fountain was built by master Giacomo della Porta in 1580's. The fountain with a pool made of pink marble was decorated with four sculptures of newts. In 1654 according to the order of Olimpia Maidalchini, the daughter-in-law of the Pope, the concept of the fountain was elaborated by Giovanni Bernini. The skillful architect placed a moor fighting with a dolphin in the middle of the sculpture. 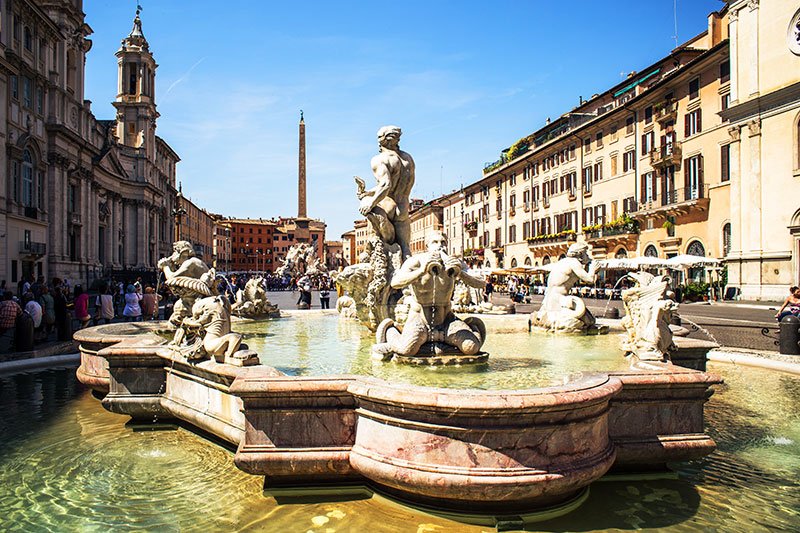 
Fontana del Moro on the map

Location: Piazza Navona
← The catacombs of St. Callixtus#57 of 58