You can visit this place in one of our tours.Choose
This pyramid is the only ancient pyramid in Europe. 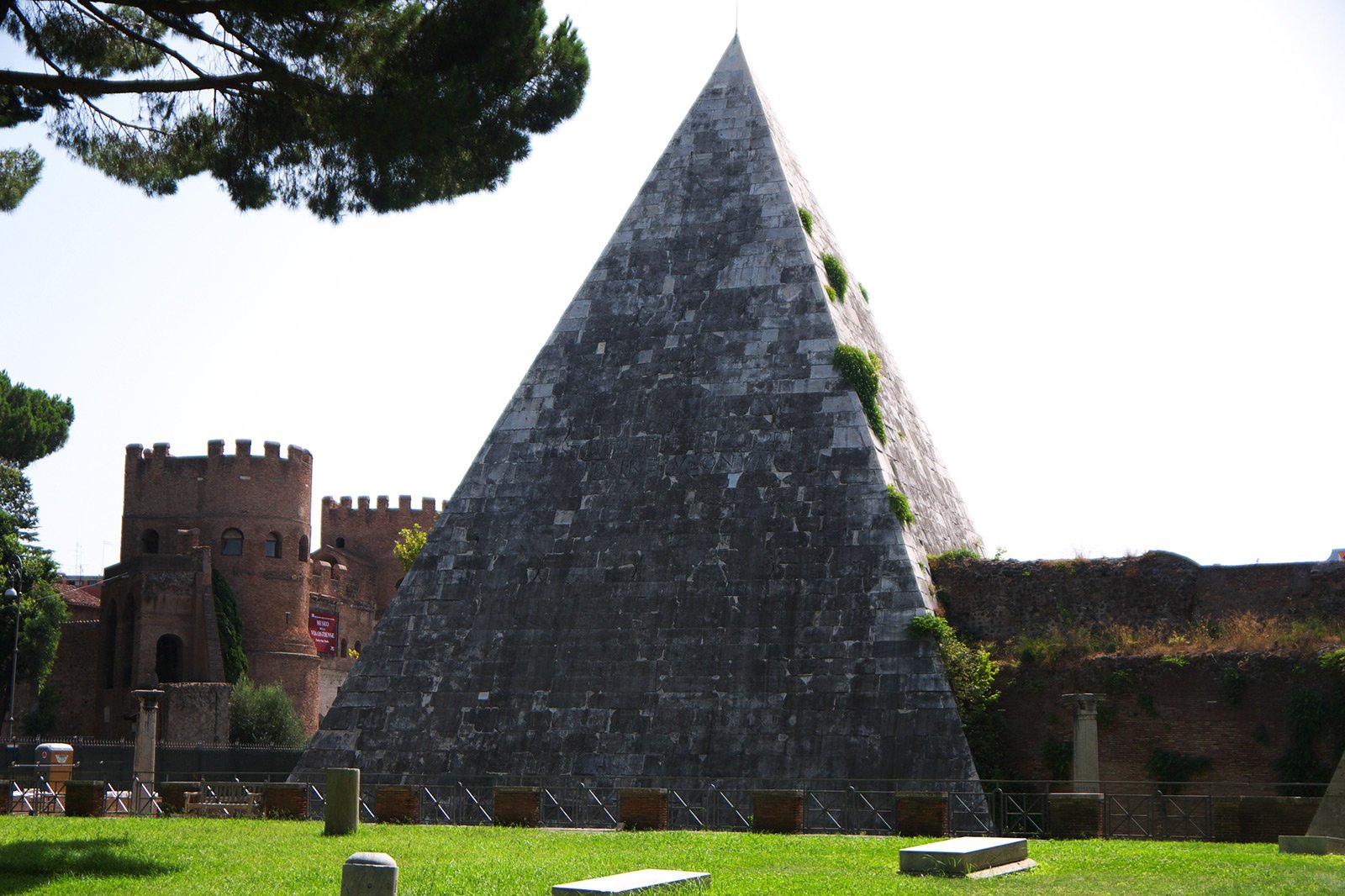 Pyramid of Caius Cestius is a pyramid where buried the Roman magistrate Gaius Cestius. Struck by the architecture of Egypt, he ordered the construction of the pyramid in the heart of Rome, and wanted to bury himself there.

Now, this pyramid is the only surviving ancient pyramid in Europe. It was built in just 300 days, from the outside it is covered with marble slabs and bricks.

Pyramid bears little resemblance to its sisters of Giza because of its irregular shape. Inside it houses the tomb of Caius Cestius. Its walls are very poorly preserved, but here you can still see the murals and paintings.

Visit the Pyramid of Cestius

Visit the ancient pyramid in the heart of Europe, which size is about a 9-storey building, and where the Roman magistrate buried.

Pyramid of Caius Cestius on the map