TOP-65 adventure's step-by-step
recipes & lifehacks
How to drive Vespa - iconic italian scooter in RomeHow to peek through the Knights of Malta keyhole in RomeHow to visit the Colosseum in RomeHow to see the illusion of St. Peter's dome in RomeHow to admire Rome from the Aventine Hill in RomeHow to take an Oculus selfie in RomeHow to touch the Mouth of Truth in Rome
65 things to doin Rome
Located on the top floor, the restaurant offers gourmet cuisine from the famous chef and incomparable views of Rome. 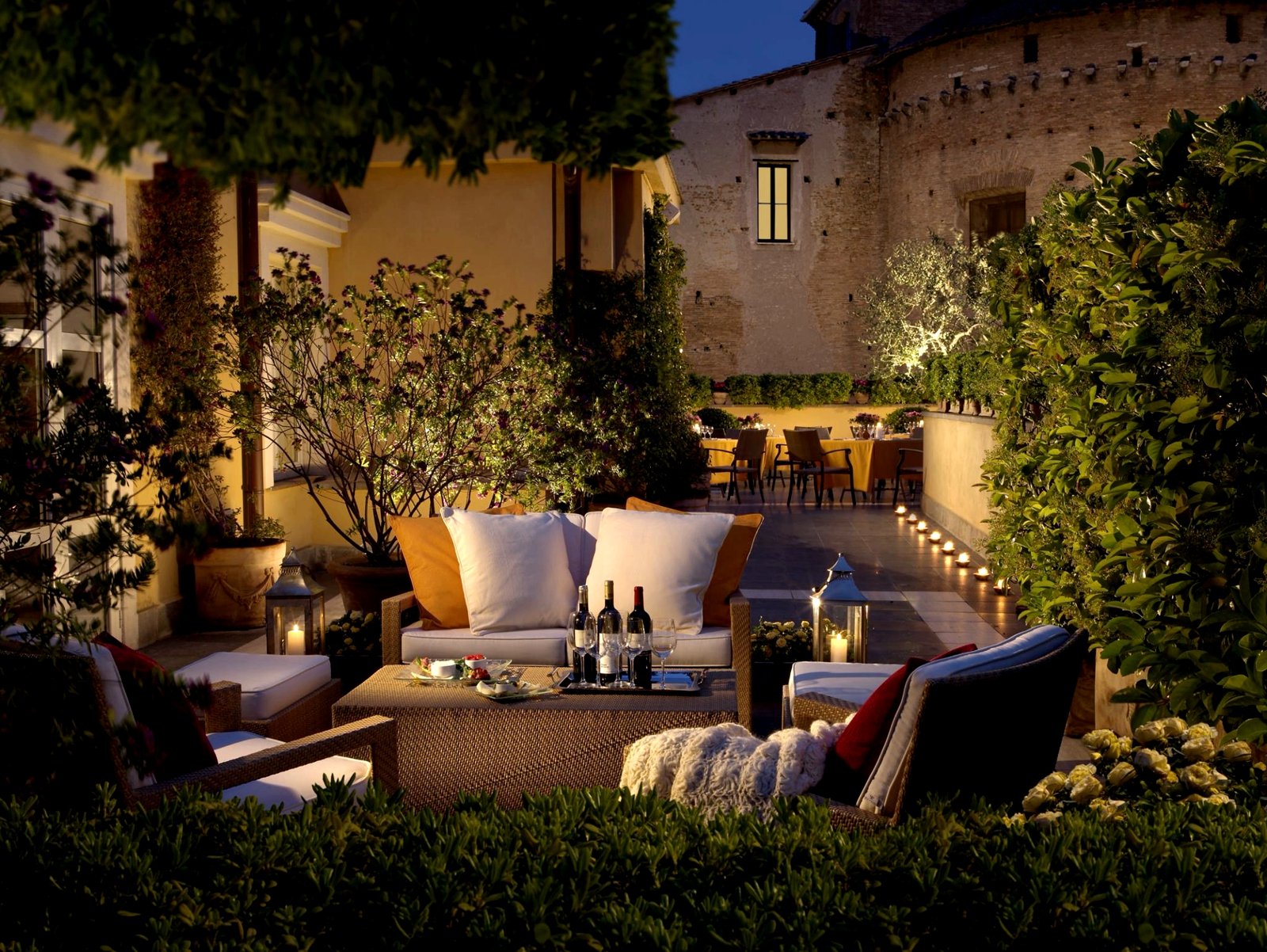 To have an unforgettable dinner, visit La Terrazza Restaurant - the pearl of the Capo d'Africa Hotel. The restaurant offers a creative and innovative seasonal menu of Mediterranean dishes prepared from fresh ingredients with creative talent and accompanied by a renowned wine list.

You can relax here drinking some wine and looking at the Colosseum and the city panorama.


La Terrazza Restaurant on the map