You can visit this place in one of our tours.Choose
One of the most beautiful basilicas in Rome, located on the top of the Esquiline Hill where you will find 4-5 centuries AD mosaic. 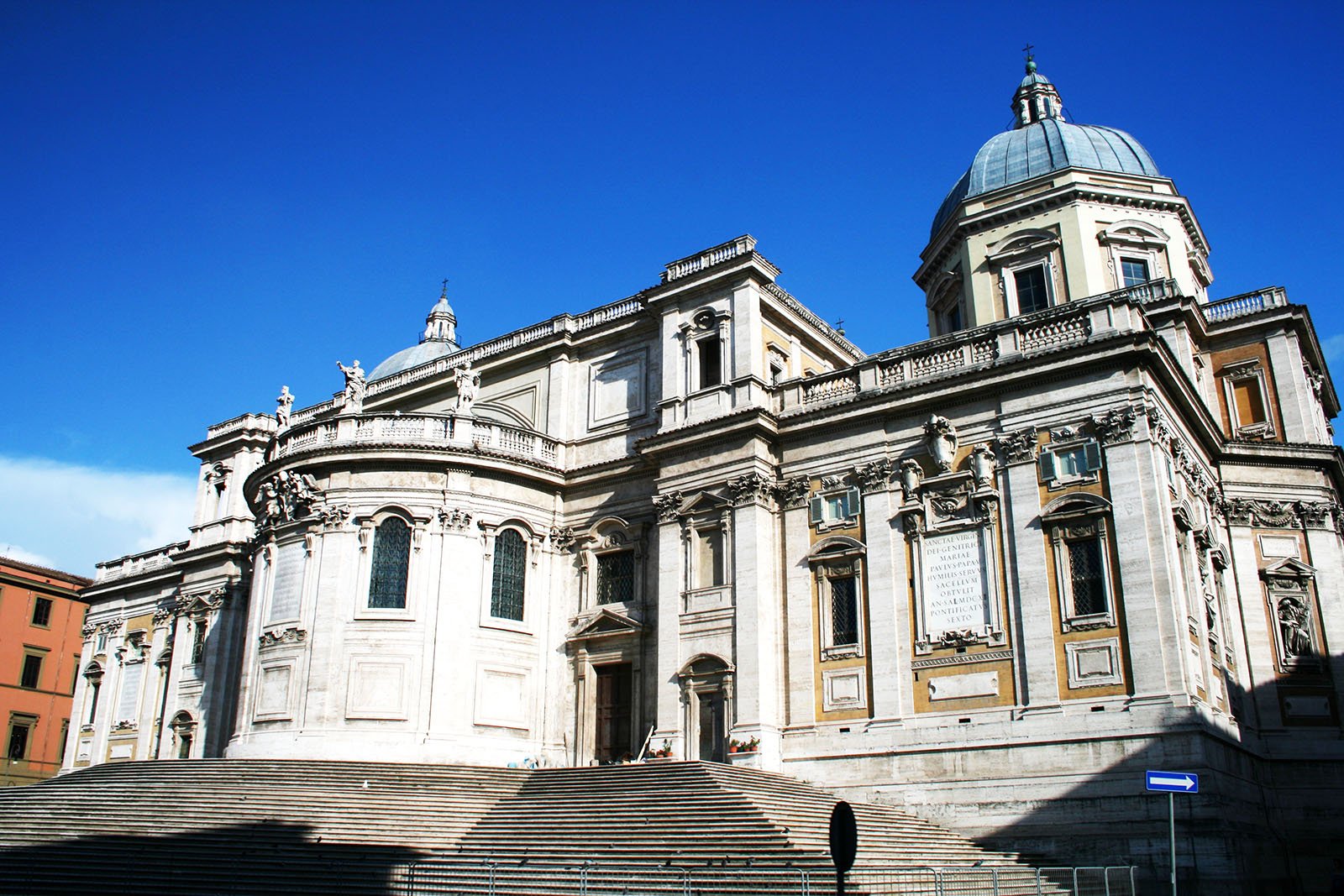 The Roman Basilica of Saint Mary Major is one of the most important monument of Christian art and it is considered to be the most beautiful Baroque building all around Europe. 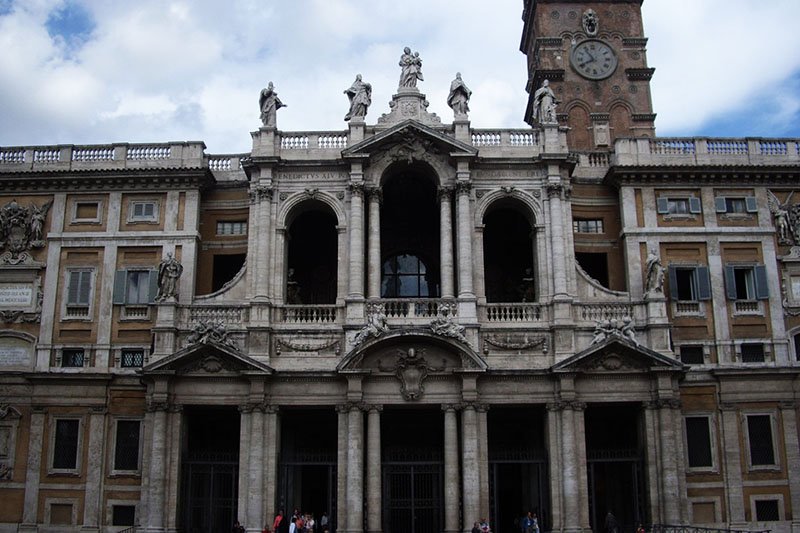 The construction started in 352. During all the centuries the basilica was being changed and it made the sanctuary interior and exterior more beautiful.
The interesting fact is that the highest bell tower in Rome is located right in this church. The superior piece of architecture is worth visiting by travelers and city visitors. Splendid interior of halls and graceful appearance of the building strikes with its impressive uniqueness and splendid beauty from the very first seconds. 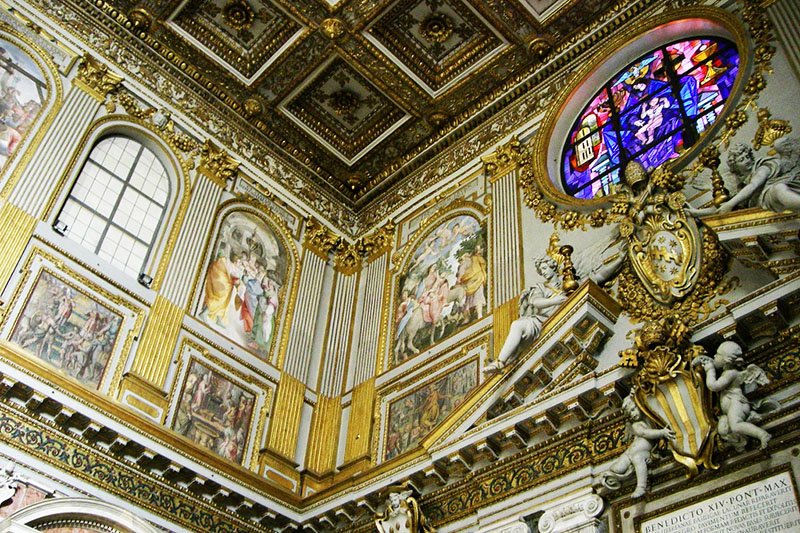 
In the area of the temple next to the central entrance there is an ancient obelus ovearched with the Holly Virgin monument. On the western frontal part you can see the enclosed balcony built in XVIII century upon the project of brilliant architect Ferdinando Fuga. But the most interesting thing you can see at the church entrance. Impressive majesty of decoration and unique style that remained till nowadays. From the side parts of the hall outsatnding columns rises up as if the are holding the splendid dropped ceiling. In the center of each cassette there is a decoration of tracery roses and gold-plating. 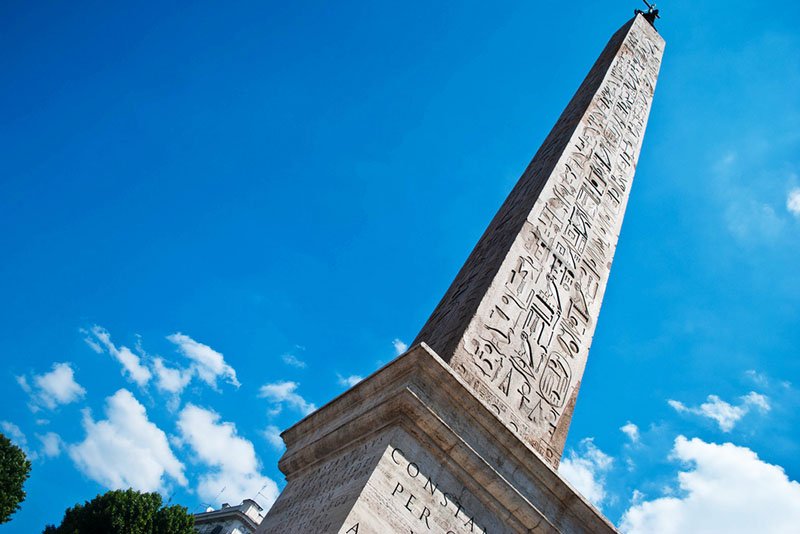 • At the end of the hall there is a pontifical altar decorated with a ceremonial baldachin. At the top of the hall there is a magnificent arch decorated with mosaic.
• On the church's walls there are invaluable works of art made by ancient masters of XVI century. They are quite implressive tiny mosaic pictures depicting biblical scenes. It can take you hours to admire the unique beauty and luxurious interior.

Some more things worth seeing while visiting the majestic basilica 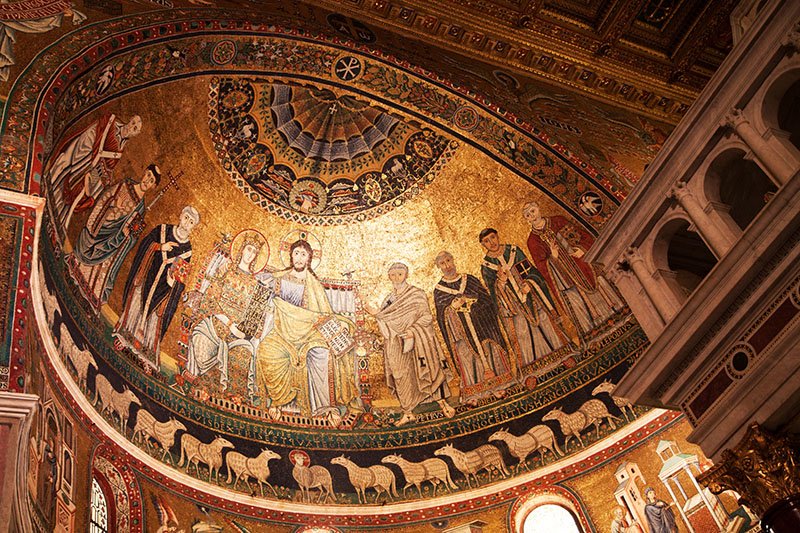 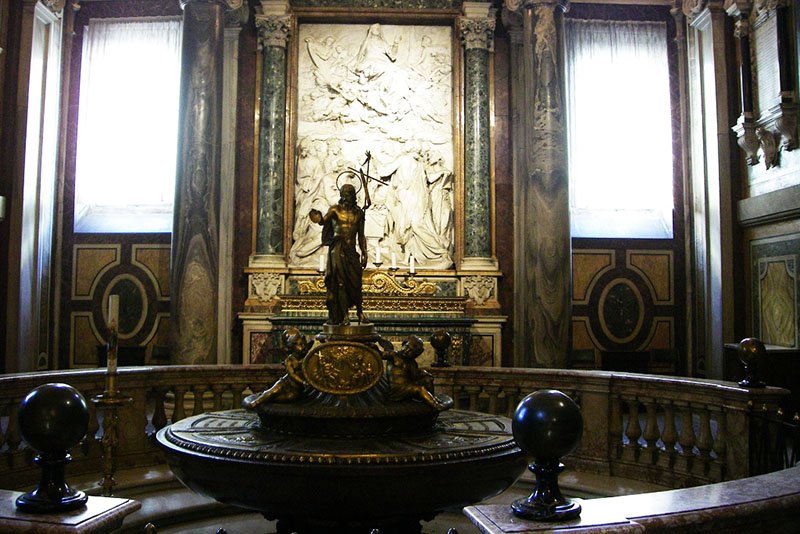 You'll get only pleasant impressions in Basilica di Santa Maria Maggiore. The guide will tell you the legend about the cathedral creation revealing interesting facts about Christians life. On the upper floor of the church there is a museum where the most precious antiquities connected with the basilica history are kept. 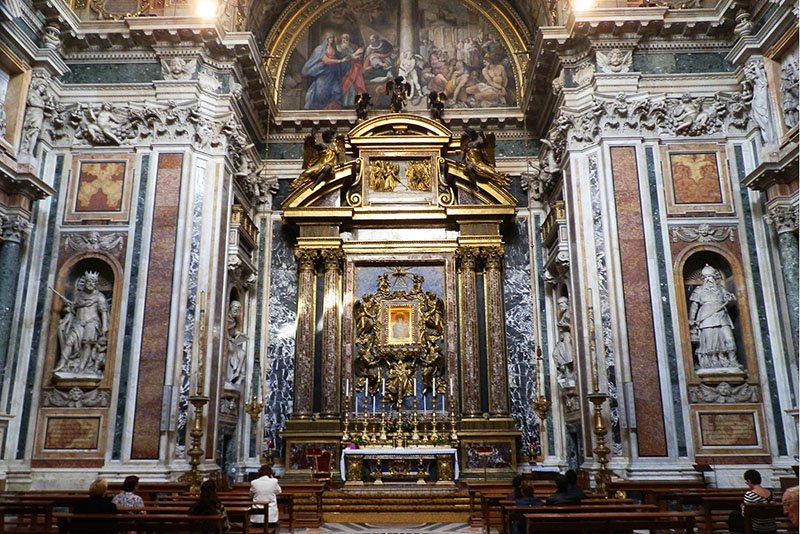 How to get to the basilica


The Basilica di Santa Maria Maggiore on the map