TOP-65 adventure's step-by-step
recipes & lifehacks
How to drive Vespa - iconic italian scooter in RomeHow to peek through the Knights of Malta keyhole in RomeHow to visit the Colosseum in RomeHow to see the illusion of St. Peter's dome in RomeHow to admire Rome from the Aventine Hill in RomeHow to take an Oculus selfie in RomeHow to touch the Mouth of Truth in Rome
65 things to doin Rome
La Terrace Restaurant at the Sofitel hotel is a place where you can perfectly combine a fine cuisine with a dizzying view of the capital. 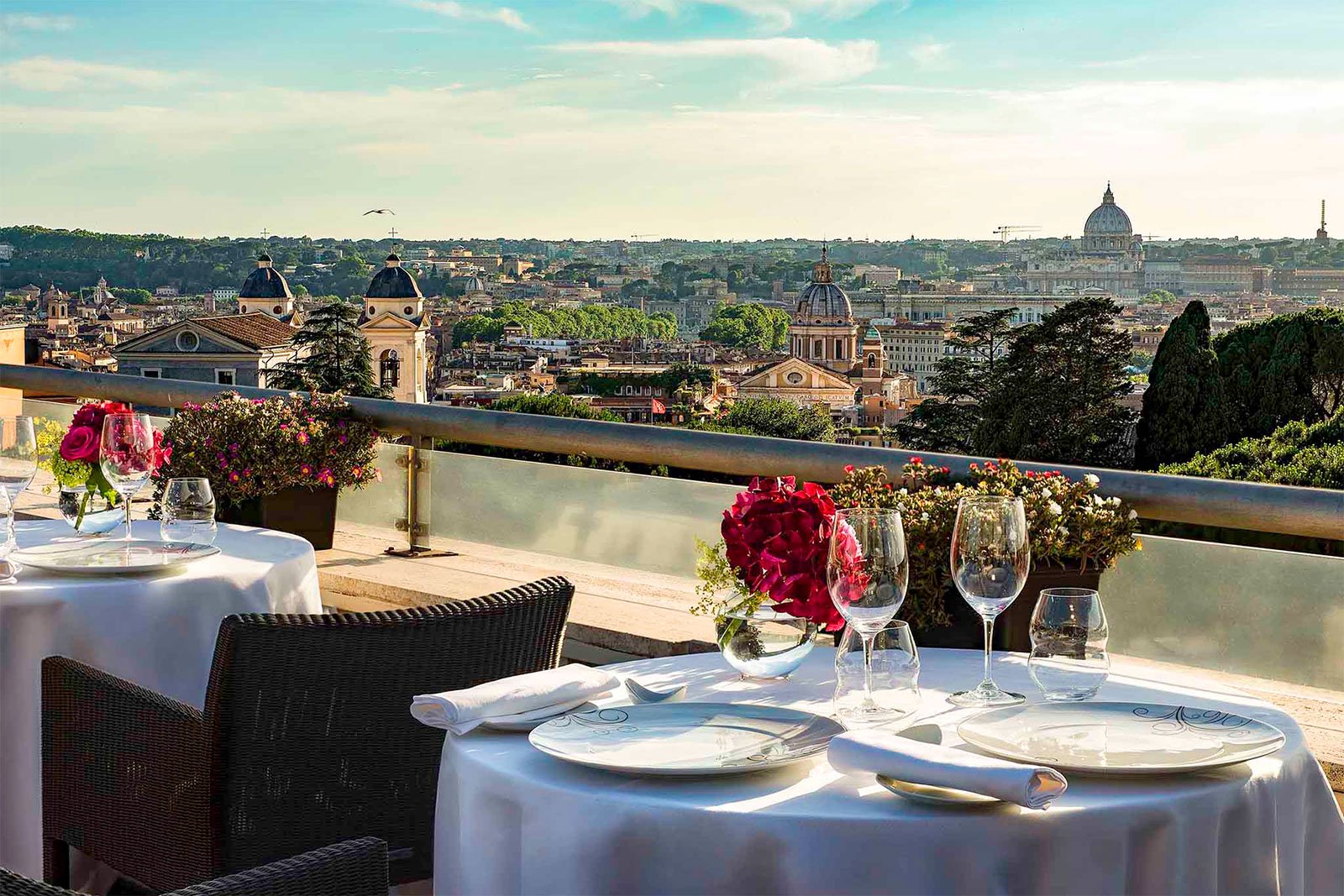 Mediterranean breakfast, exquisite lunch, French desserts with a beautiful view of Rome. There is always a fragrance of fresh flowers in the air and a romantic atmosphere. The walls are covered with works of art.

The Sofitel hotel is located near the Spanish Steps, Trevi Fountain and other Rome sights. 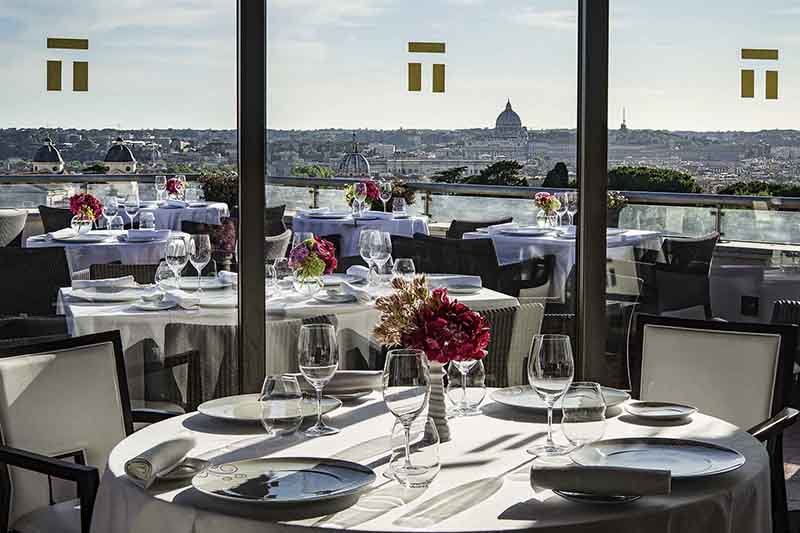 Come here in the evening, borrow a comfortable place in a soft cozy chair with a glass of wine and look at the sunset over the Eternal City.

The average check in the restaurant is €70 per person. Drinks start from €15. 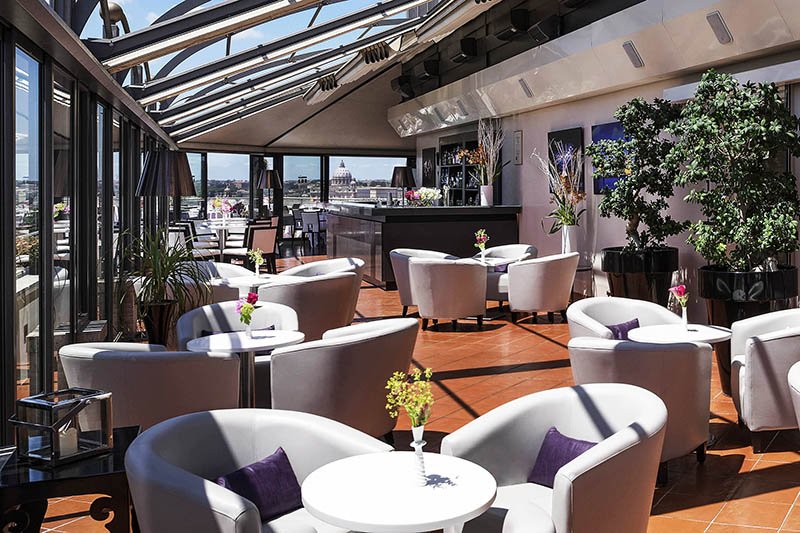 
La Terrazze Restaurant on the map