TOP-65 adventure's step-by-step
recipes & lifehacks
How to drive Vespa - iconic italian scooter in RomeHow to peek through the Knights of Malta keyhole in RomeHow to visit the Colosseum in RomeHow to see the illusion of St. Peter's dome in RomeHow to climb to the roof of the Altar of the Fatherland in RomeHow to admire Rome from the Aventine Hill in RomeHow to walk through the orange garden in Rome
65 things to doin Rome
From the terrace of the restaurant opens a unique view of the high hills and castles and the eternal city, which within the night lights shimmers with all the colors of the rainbow. 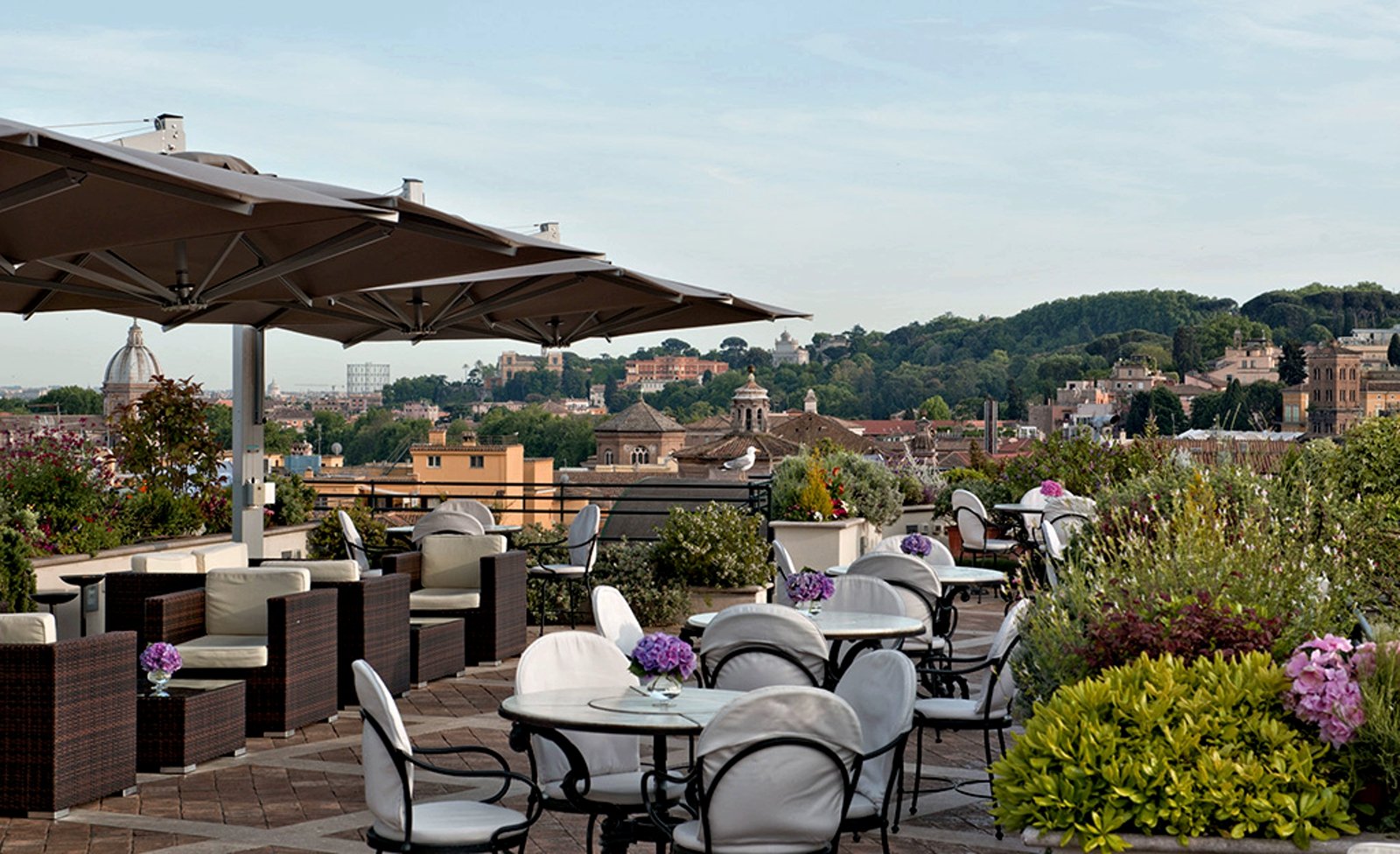 The Terrazza Paradiso Restaurant is located in the Atlante Star Hotel. Why is it worth to visit this nice restaurant? Because on the blossoming terrace on the roof of the hotel you can have a delicious dinner and enjoy the panoramic view of the big city and the high hills in the background. 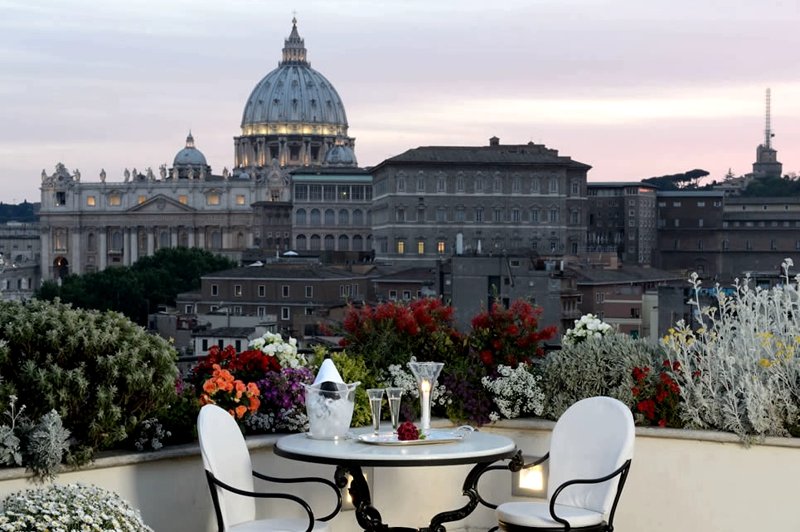 This panorama is so exceptional that local film studios often use the restaurant as a shooting ground and Italians come to admire the beauties of their city and drink Aperol Spritz.

By the way, in 2005 this place was used by mass media for the Pope Benedict XVI inauguration.


Terrazza Paradiso Restaurant on the map