TOP-65 adventure's step-by-step
recipes & lifehacks
How to drive Vespa - iconic italian scooter in RomeHow to peek through the Knights of Malta keyhole in RomeHow to visit the Colosseum in RomeHow to see the illusion of St. Peter's dome in RomeHow to climb to the roof of the Altar of the Fatherland in RomeHow to admire Rome from the Aventine Hill in RomeHow to walk through the orange garden in Rome
65 things to doin Rome
The Giovanni Fassi's gelateria exists since 1880 and is considered one of the oldest not only in Rome but throughout Italy. 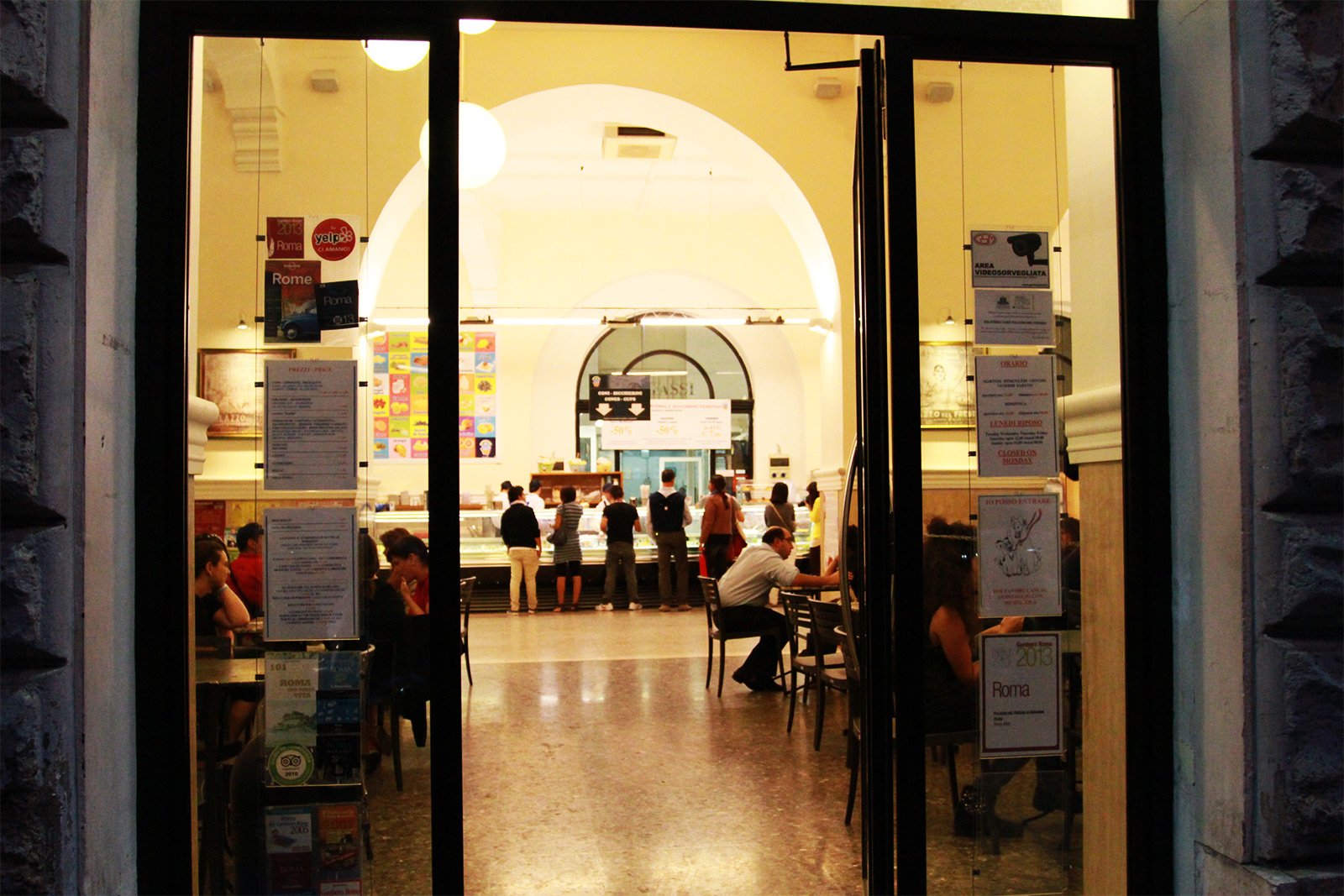 The Giovanni Fassi's gelateria (Palazzo del Freddo Giovanni Fassi) is just a few steps from Vittorio Emanuele Metro Station. This is one of the biggest gelateria in the city, here you can find not only travelers but Romans.

It serves all kinds of ice cream, the most delicious cakes in town and unusual sweets with ice cream. In addition to ice cream you can take warm drinks with cream, pancakes and much more.

Visit the oldest gelateria in Rome

Try unusual candy ice cream, warm creamy drink and ice-cream cake in one of the oldest gelateria in Rome.

Giovanni Fassi's gelateria on the map