You can visit this place in one of our tours.Choose
An eerie place, where all your body shivers - the hospital, which was the first to receive affected from the explosion at the Chernobyl Nuclear Power Plant. 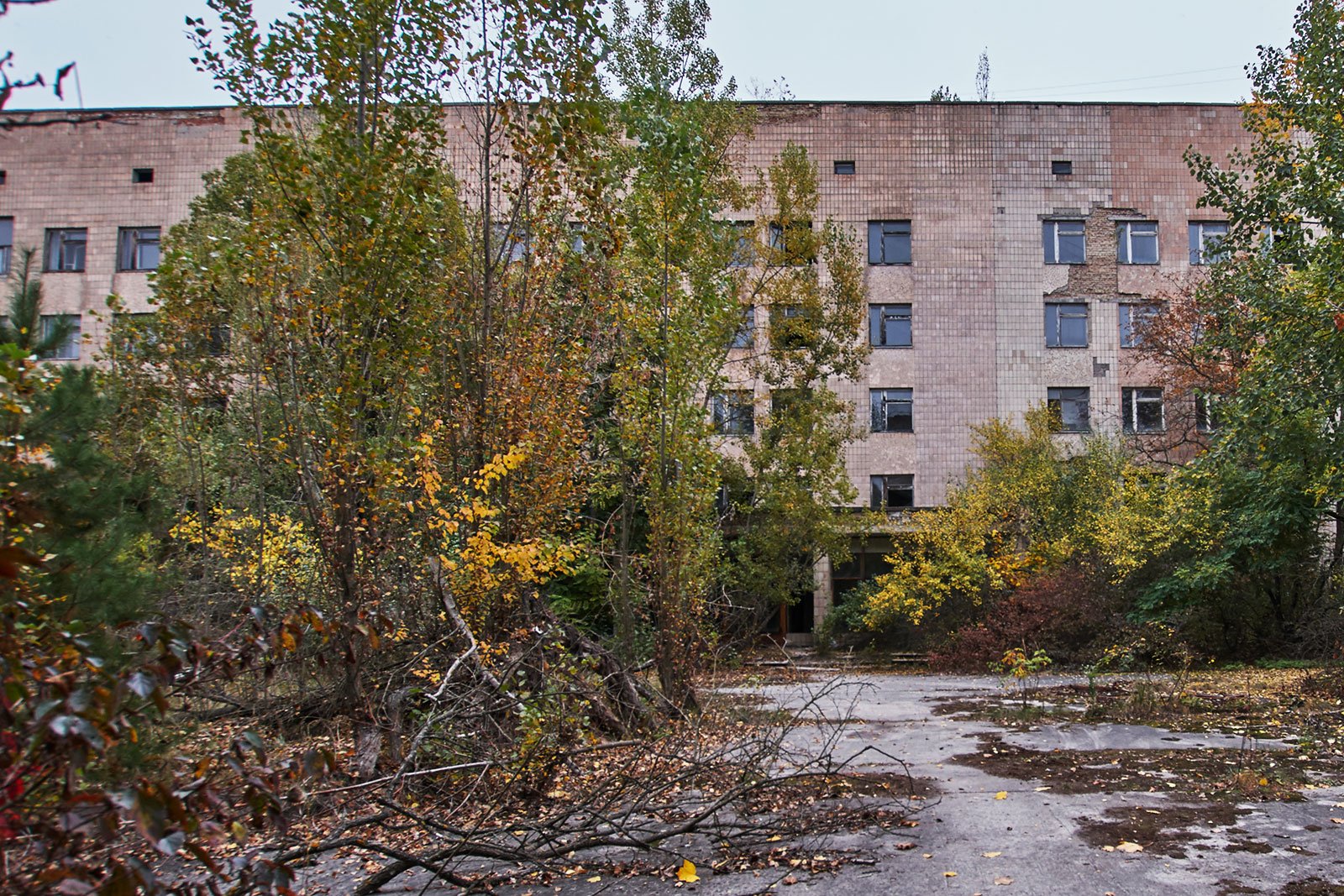 The Hospital MSCh-126 (medical-sanitary unit) included: a city polyclinic, a hospital, a maternity hospital, an infectious disease department and a morgue. 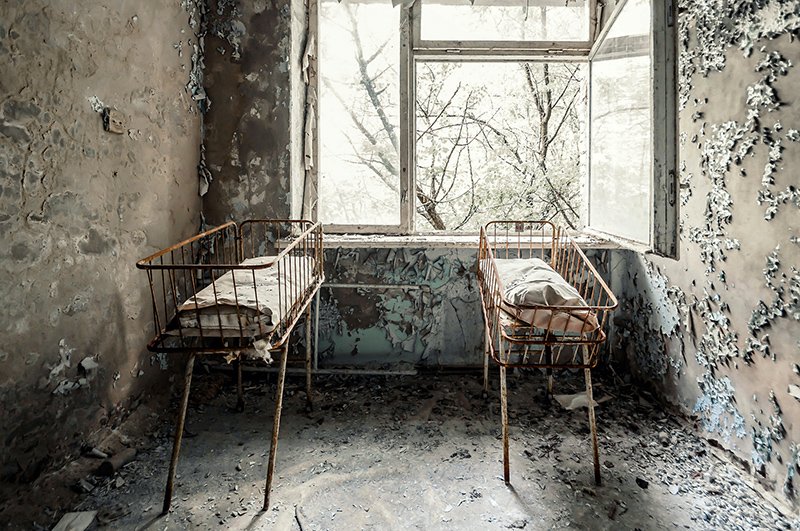 In this creepy abandoned post-apocalyptic hospital, you can feel the whole scale and tragedy of the catastrophe. After all, it is the place the first irradiated people were dying in the infernal agony. Here, in the deserted chambers with old walled wallpaper, cracked walls you can still see the beds on which firemen and workers who was on duty that fateful night lay and died. 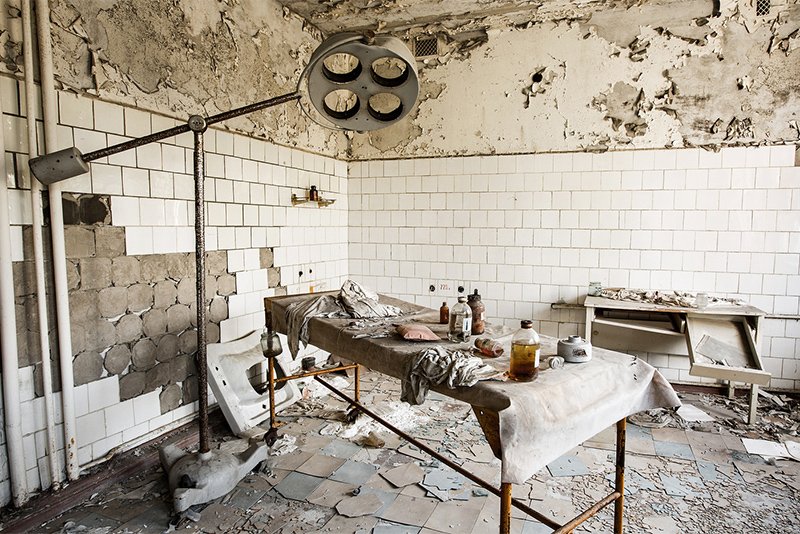 Often travelers who visited a medical unit in Pripyat say that in these walls you feel the breath of death, and the groans of the irradiated with radiation are heard from the basement of the medical unit. Wandering around the building alone is uncomfortable and scary, especially when the city plunges into dusk. And go down to the basement of the hospital, where radiation-emitting clothes and bodies of deceased people were kept is the task not for the faint-hearted. 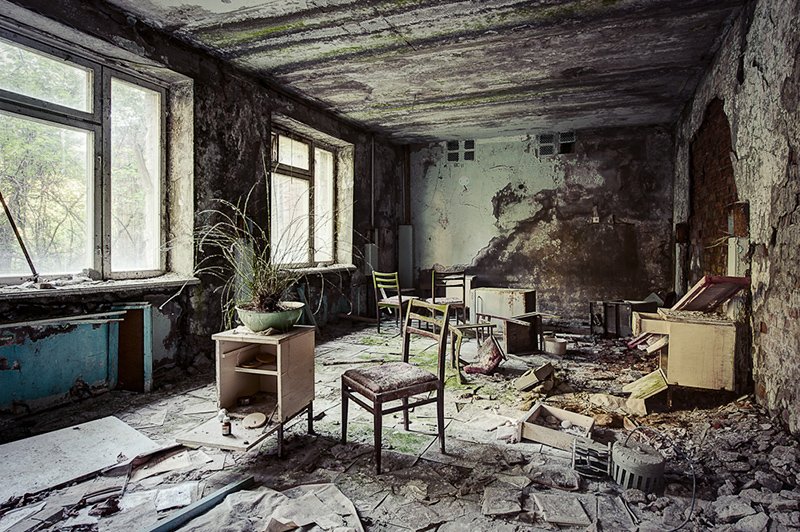 The most horrible room of the hospital and even all the Pripyat city is this basement.
The infected clothes of Chernobyl disaster's victims were put right here.

Unlike the other blocks of MSCh-126, the entrance to the basement is prohibited. 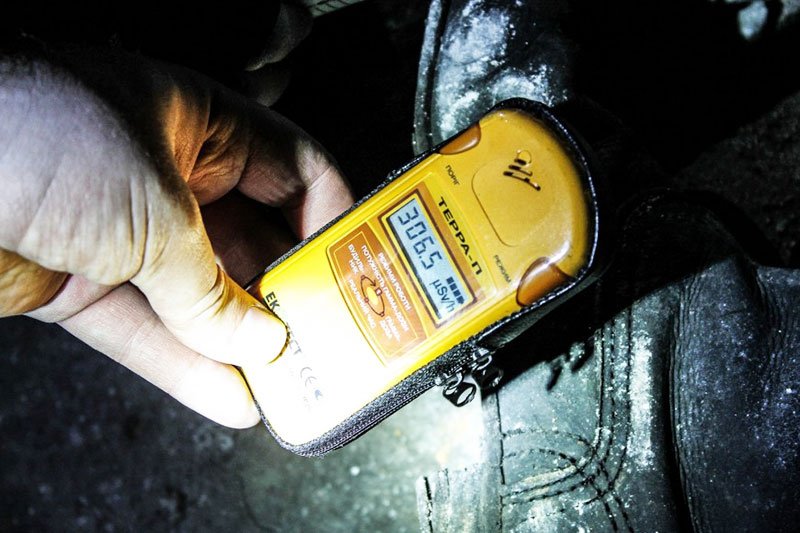 The radiation from clothes and shoes left here still exceeds the normal in 1000 times. Moreover the harm for health the visiting of this place can have psychiatric consequences.