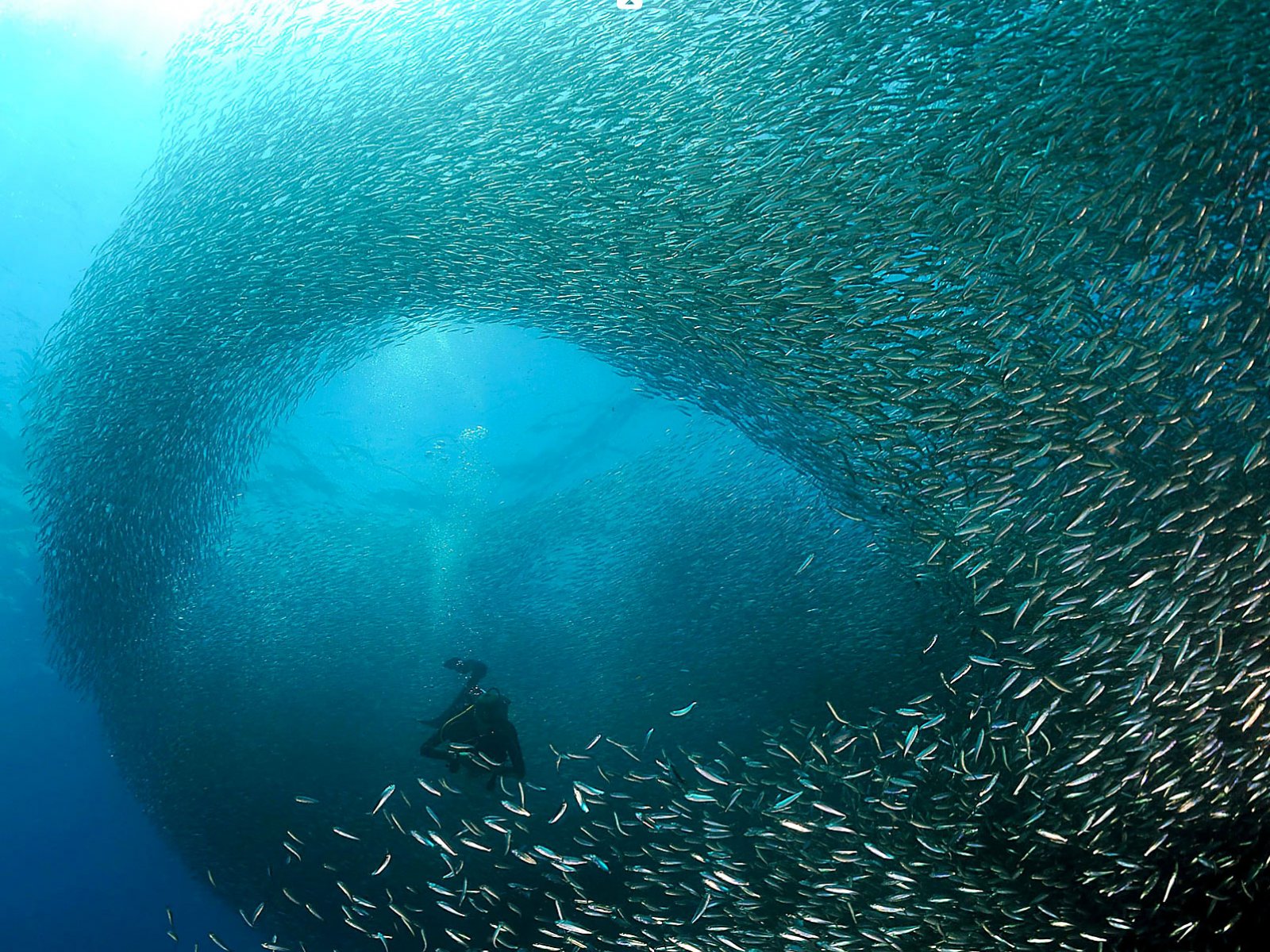 This natural phenomenon attracts a general interest. Every year, from May to July sardines spawn at the southeastern coast of Africa, and huge shoals of fish swim north and back to the ocean.

Fans of snorkeling and scuba diving cannot leave this event unnoticed. And if you are one of them, go for a plunge without hesitation, and watch this show of nature right in the midst of it. Of course, the scale of this phenomenon allows to watch it from the shore. But the most vivid picture of what is happening is available only to those who dare to go down under the water.

Sardines gather shoals that are about 7 km long. This mass of fish attracts not only curious onlookers, but also marine predators and birds for whom this event is a real feast. When danger strikes, sardines group together in a kind of tangles ten meters in diameter – in this way they hide from those who want to eat them. But clever dolphins make use of such behavior of sardines. They surround a stray "fish bowl", drive it to the surface of the water and devour their prey with a huge appetite.

diving and watching the migration of sardines under water is available in numerous diving tours organized by local diving centers. For example, a five-day dive tour with accommodation, food and daily dives with an instructor can cost about three thousand dollars.

the divers, who dare to participate in this show, should be very careful. The danger hides not only in the millions of sardines moving at a lightning speed, but also in the birds falling from the sky and grabbing fish with sharp beaks and clawing their prey. In addition, it is necessary to be watchful for the predatory sharks and whales, who can have a bite of a diver in anticipation of a delicious dinner.
← Meet penguins#1 of 15

Treat yourself to the national food of South Africa. You can find it everywhere as it is the popular type of meat among locals and guests of the city.