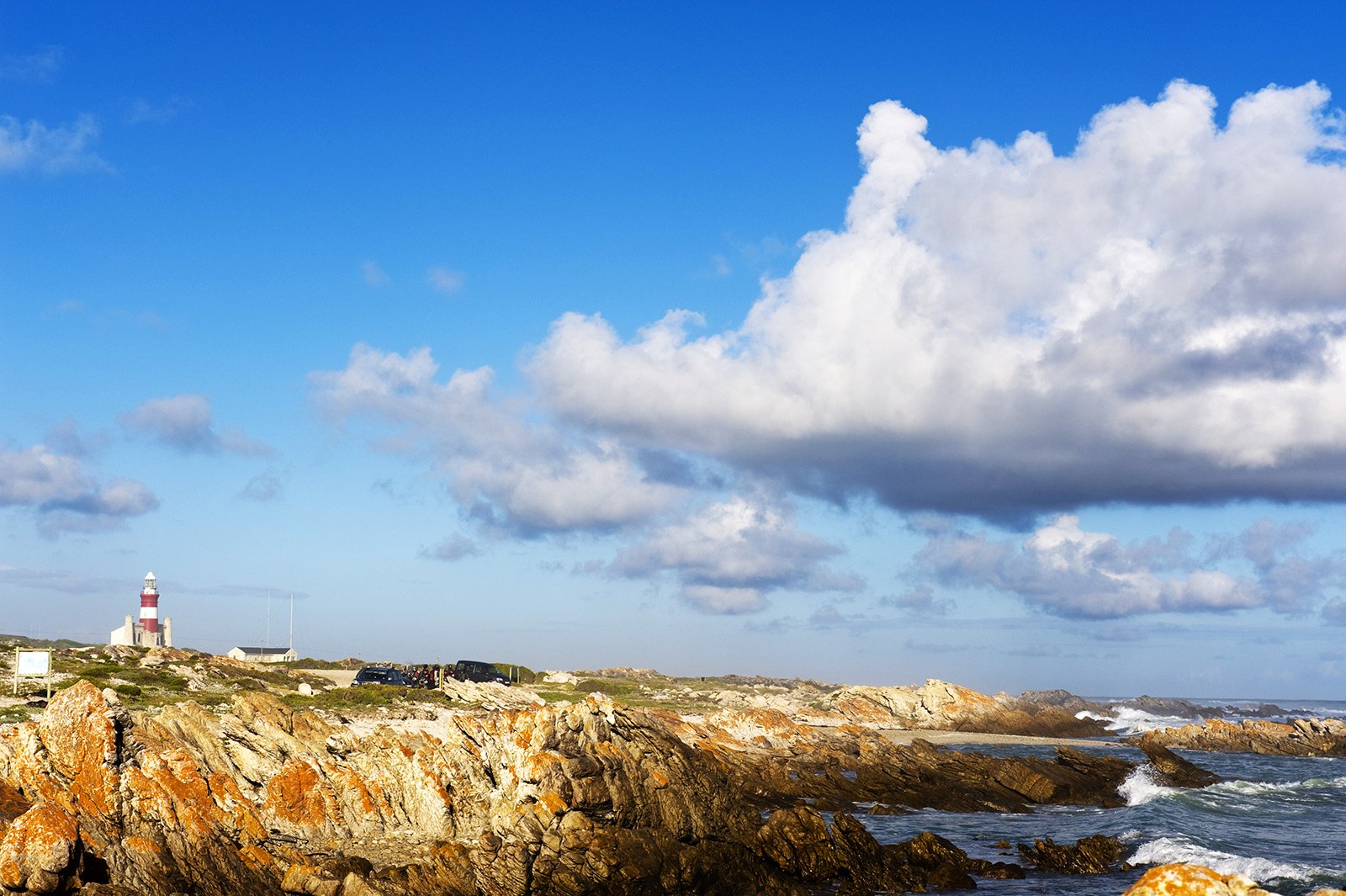 Cape Agulhas and the surrounding area is not as popular among travelers as the famous Cape of Good Hope, which was previously considered the southernmost tip of the African continent.

Many a ship has sunk in these waters and now they lie on the ocean bed and invite professional divers to experience a thrilling underwater adventure of exploration. After all, Cape Agulhas defines the division line between the Indian and the Atlantic oceans. The collision of two currents and the storms arising from this collision have caused numerous tragic shipwrecks in this area.

The Cape received its name at the end of the fifteenth century from Portuguese navigators. Sailing in these places, they discovered an unusual magnetic anomaly. That is why the surrounding area gained the title Agulhas – in Portuguese “agulha” means a needle or the needle of a compass.

You can get to Cape Agulhas by a rented car going by the highway #2 from Cape Town in the direction of Port Elizabeth.

Cape Agulhas on the map