What to see in South Africa —
8 places to visit

8 places to visit in South Africa 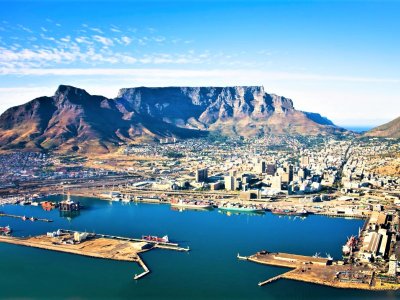 Mountain with a flat surface stands in the southwest part of the city - on the territory of the National reserve. The height of the Table Mountain is 1086 meters. You can come here by bus or climb the top - by cable railway.

The Cape of Good Hope in Cape Town

Share your ideas of what to see in South Africa with other travellers — together we'll make our travellings much more interesting!