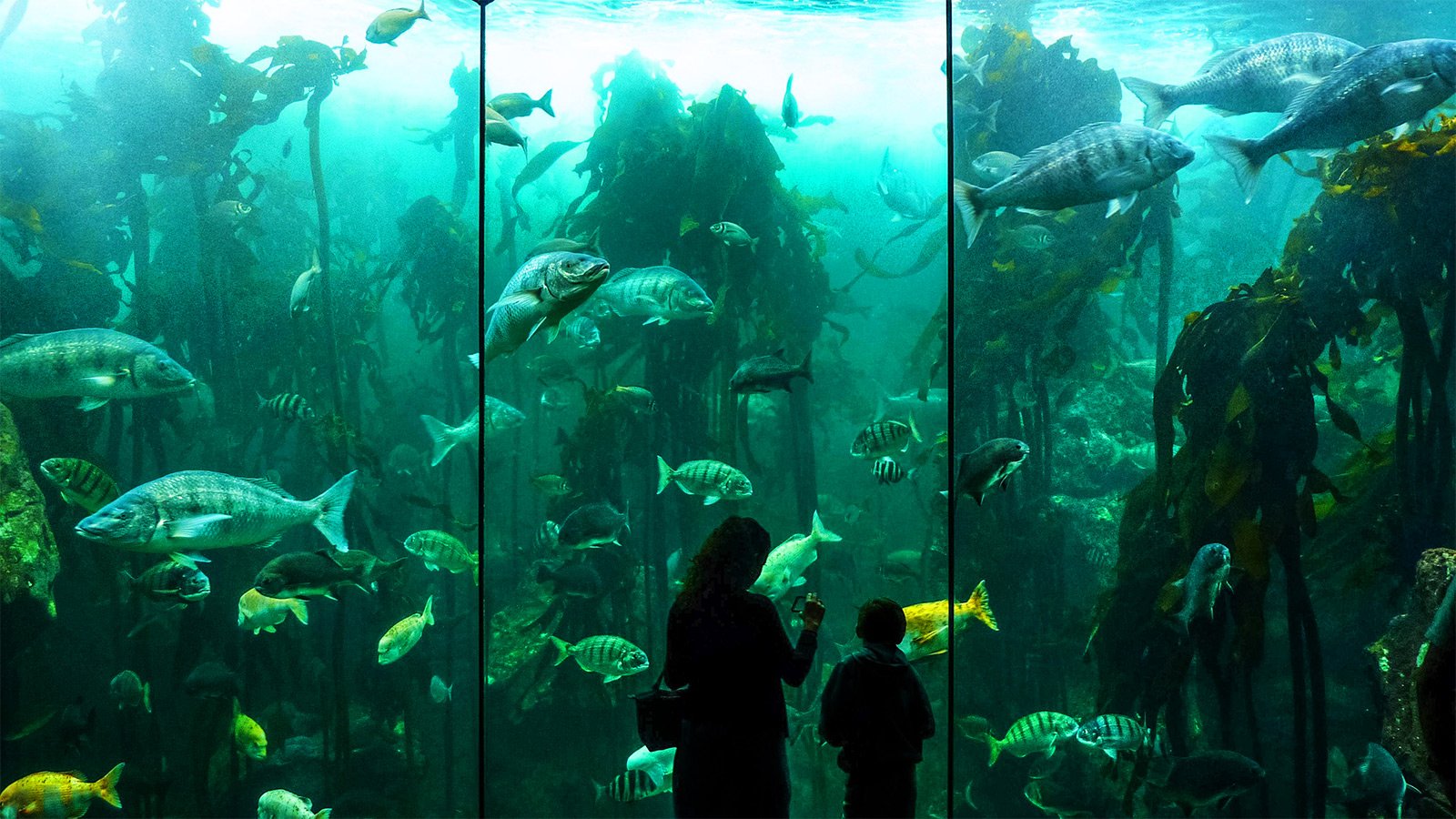 The Two Oceans Aquarium in Cape Town has a huge collection of marine life of the Indian and the Atlantic oceans.

There are 30 pools and aquariums where jellyfish, crustaceans, penguins, fish, sharks and turtles live. The pride of the Aquarium is the underwater forest of algae.

Under a giant aquarium there is a glass tunnel, passing through which you can literally touch a shark, huge fish and other inhabitants.

The staff of the Aquarium strongly supports the organization of educational programs in which children can learn more about the life of the inhabitants of the oceans. In the Two Oceans Aquarium you can celebrate your birthday with friends, or organize a night out in sleeping bags in the tunnel under the aquarium for the entire class.

Daily shows with sharks attract lots of visitors. Those who wish to have a thrilling experience can swim with sharks and rays. On the territory of the aquarium there is a museum with rare sea shells, fish skeletons and other unusual exhibits.

The Two Oceans Aquarium is a great place for a family day out. There is a café with soft drinks, snacks and ice cream. You can leave your bags in the cloakroom. Electric cars operate for your convenience.

You can get to the Two Oceans Aquarium by bus №104 or by taxi.

Two Oceans Aquarium on the map