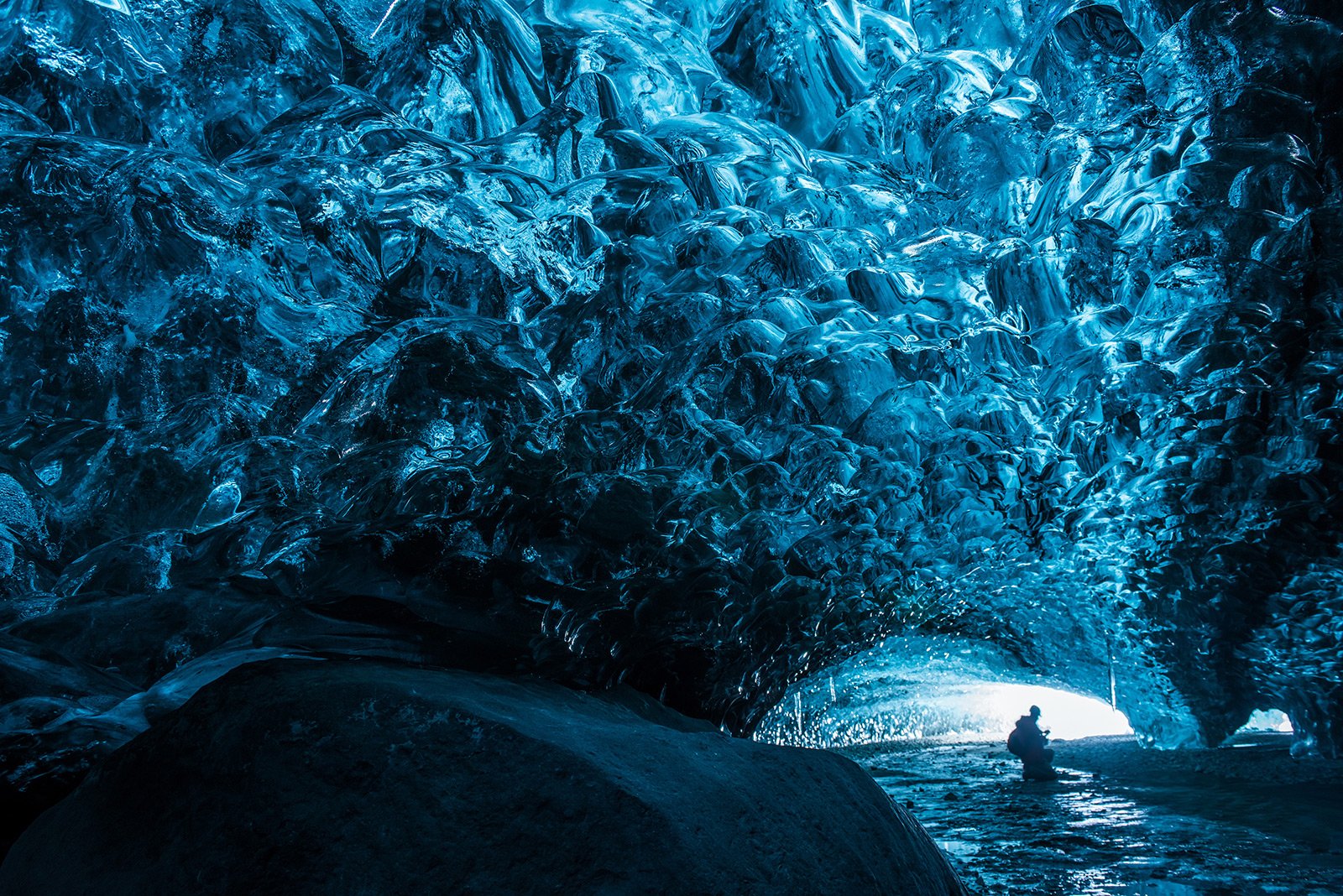 You should agree, that you can never stop admiring the beauty of ancient architectural structures or marvel at colossal dimensions of highly modern skyscrapers! However, one way or another, the most skillful sculptor with an impeccable taste in the art of creating unrivaled beauties is Nature itself.

Ice caves in Skaftafell National Park are another nature's unequaled work of art. Here, you get impression, that you are at the very bottom of the ocean, the waters of which obediently parted and froze above your head, having formed fantastic patterns of blue and azure tints...

The cave is at a depth of 50 meters and is a spacious underground passage. The thicket of ice is penetrated with sun rays, turning the place into a real magic kingdom, while the crackling ice sounds remind you, that the glacier is on the move, living its own life like a huge fairy tale creature.

The cave formation took place due to the flow of glacial meltwater. Most often, such passages are directed from the top to the bottom, but the ­­­Skaftafellsjökull glacier became an exception: as it is located on the hard surface, the meltwater had to choose a horizontal route. 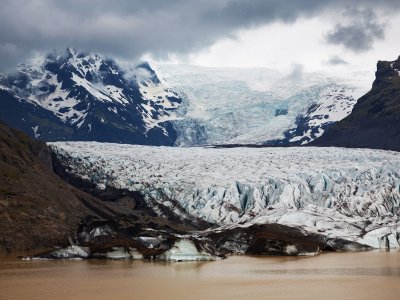 Not everyone has a chance of visiting a fairytale of the Snow Queen. Go there to become the lucky one!

to see the cave, you should go there in the winter months only, as in other seasons there's a risk of the melting ice collapse. Besides, the cave makes the most vivid impression, when there's little snow on the surface of the glacier, and it doesn't hinder the sun rays from penetrating through the ice.
← See a sunset over floating icebergs#5 of 14

Guest15 March 2017Think this over before you book!!! I was dissatisfied with my experience with the Artic Adventures Ice Caving tour and I want you to know why. As a disclaimer: This is more than the tour being overly priced for an anti-climatic trip. Just a note about the other tours I have tried: I have participated in the Laxnes Horseback riding trip and was thrown off the horse because it tripped (no fault of the horse), and I still think that excursion was worth it. I have also been on the Ice Climbing and Glacier walk tour. I, too, thought this excursion was worth it. This review isn't to disavow the other tours. This review is for the Artic Adventures Crystal Ice Cave tours, and it IS NOT worth it!

Scheduling: I was scheduled for the February 22, 2017 Crystal Ice Cave tour at 14:30. This appointment was later shifted to 15:45 because of initially overbooking the tour. Two hours later they informed us that it was rescheduled because of "vehicle malfunction".

False Advertising: In the Crystal Ice Cave tour description on the website it quotes, "Group Maximum: 16 people.". This led me to believe that the maximum amount of fellow tourists would be limited to and not exceed 16 people. Upon reading that, we agreed that a maximum of 16 people would be a manageable group to tour with. This was not our case. There was a headcount of passengers on the bus for our time slot and it was a head count of about 30 people. This led to over crowding of the ice cave and less space to explore the nook and crannies because we had to constantly wait for each of the extra passengers.

Overcrowding: Not only was our group twice the size of the advised amount, which, in and of itself, was too much for the limited space in the cave; there were also other groups crowding the cave. One of the groups never moved from the back of the cave. So our tour was never able to explore that section of the cave.

No forewarning for the atrocious transport scenario: Nowhere does it warn the consumer of the extremely uncomfortable transport situation we would embark on. There is forewarning against possible injury and dangerous conditions for the ice cave, but for the transport there was no warning. The transport was one hour long going to the ice cave and one hour long coming back from the ice cave. The entire ride was extremely bumpy. Even with my seat belt on, we were all being swung harshly left and right, and bounced harshly up and down for about 60% of the entire ride. This led to nausea that kept me from enjoying the trip. No where does the tour disclaim motion sickness nor nausea. If I had prior warning to this, I would not have opted to purchase this tour. The extreme discomfort would not allow me to enjoy myself.

Lack of a guide: For the price we paid, we deserve more than just a transport to the cave, three "interesting facts", and a let the cattle roam type of scenario. Because of overcrowding, the lack of organization was very apparent. There was no structure to the dissemination of the shoe chains and was a cluster of a mess trying to find the right pairs as well as functional and working pairs. Beyond that, upon reaching the cave our guide only told us three facts. He also mentioned to us that he was new, and I do not think he was equipped enough to guide us with information. The guide, himself, was a very kind man, this isn't a review to disavow him either.

Lack of gear: The website also informs the consumer that "A guided visit to a crystal ice cave and all necessary glacier gear needed" will be provided. I noticed that I did not have a headlamp. Knowing that it was 1545, I inquired, "Do I need a headlamp?". I was informed "No, it's not really needed". The webpage directly quotes, "We also provide powerful head torches allowing you to light your way safely to, from and inside the ice cave.". We didn't get to the ice caves until 1700. Of the entire group, we only had one headlamp. Not only did we only have one, this headlamp was very dimly lit and could barely light the way for one person let alone a whole group. The batteries should have been replaced on it. Our guide wasn't even prepared with his own headlamp. The cave was so dark I could barely see the deeper portions of the cave nor get to fully experience the transparency of the ice cave.

We selected this tour based off the information displayed on the webpage. We were properly misguided, falsely advertised, and greeted with incompetence. At the price of 59,970 ISK we should have had all proper gear, a scenario where transportation wasn't 72% of the entire excursion, a proper and well-prepared guide, an expected group size of less than 16 people, and any sort of warning against the transport. We did not receive the proper equipment to enjoy this tour nor the promises the tour informed us we'd have. We are no longer in Iceland now and we cannot get a voucher for a better trip. I hope my experiences give you a proper forewarning. 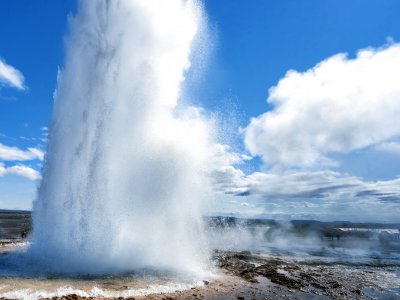