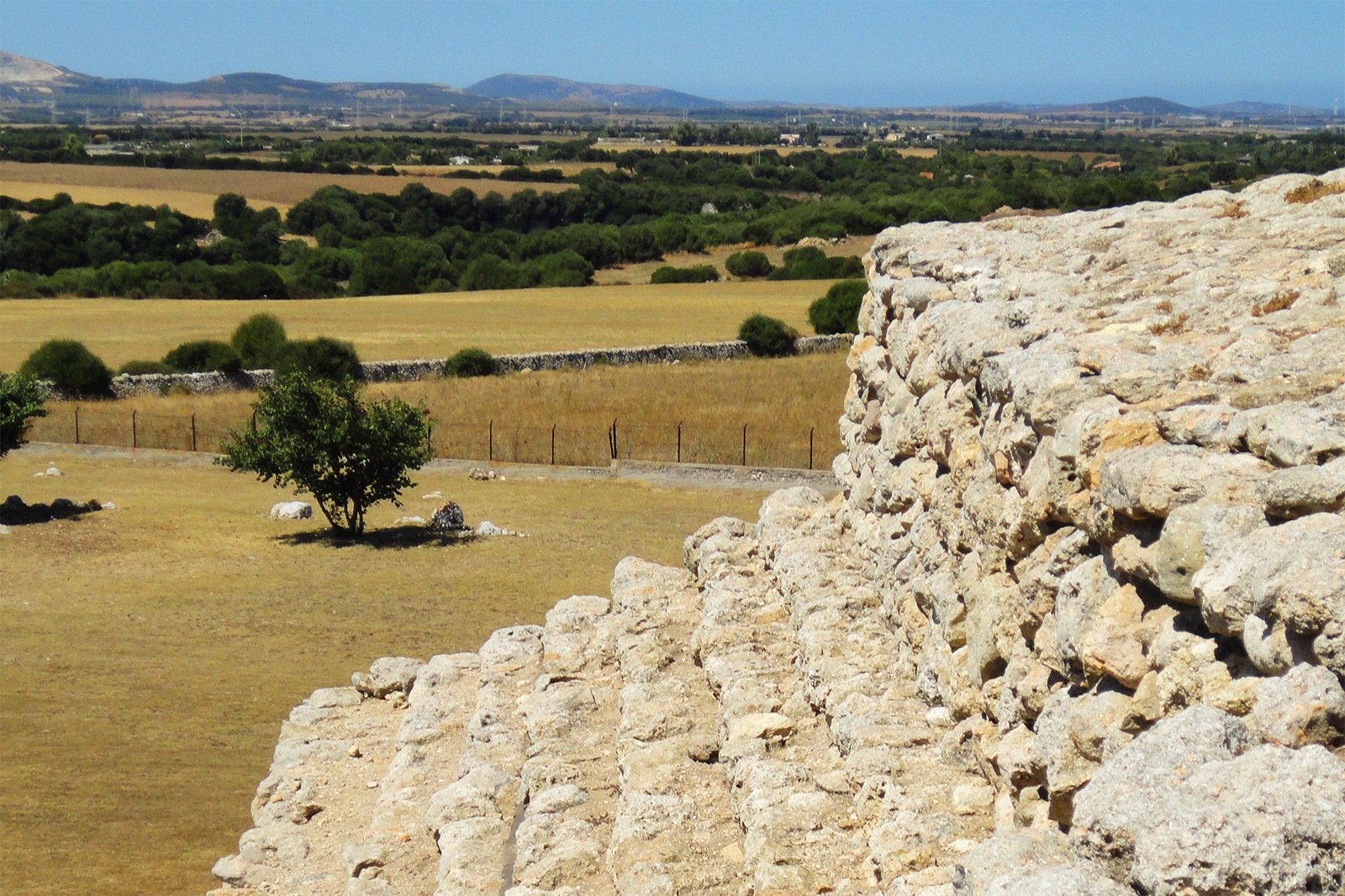 On the road between the towns of Sassari and Porto Torres is the ancient monument of a vanished civilization. Now it can be reached by bus, but from the bus stop you will have to go a few kilometers away, so take care of comfortable shoes.

On the site of an ancient ziggurat are ruins now, but among them you can see the multi-tower, the phallic and feminine symbols with sacred significance, as well as a huge round stone with holes where the animals were sacrificed.