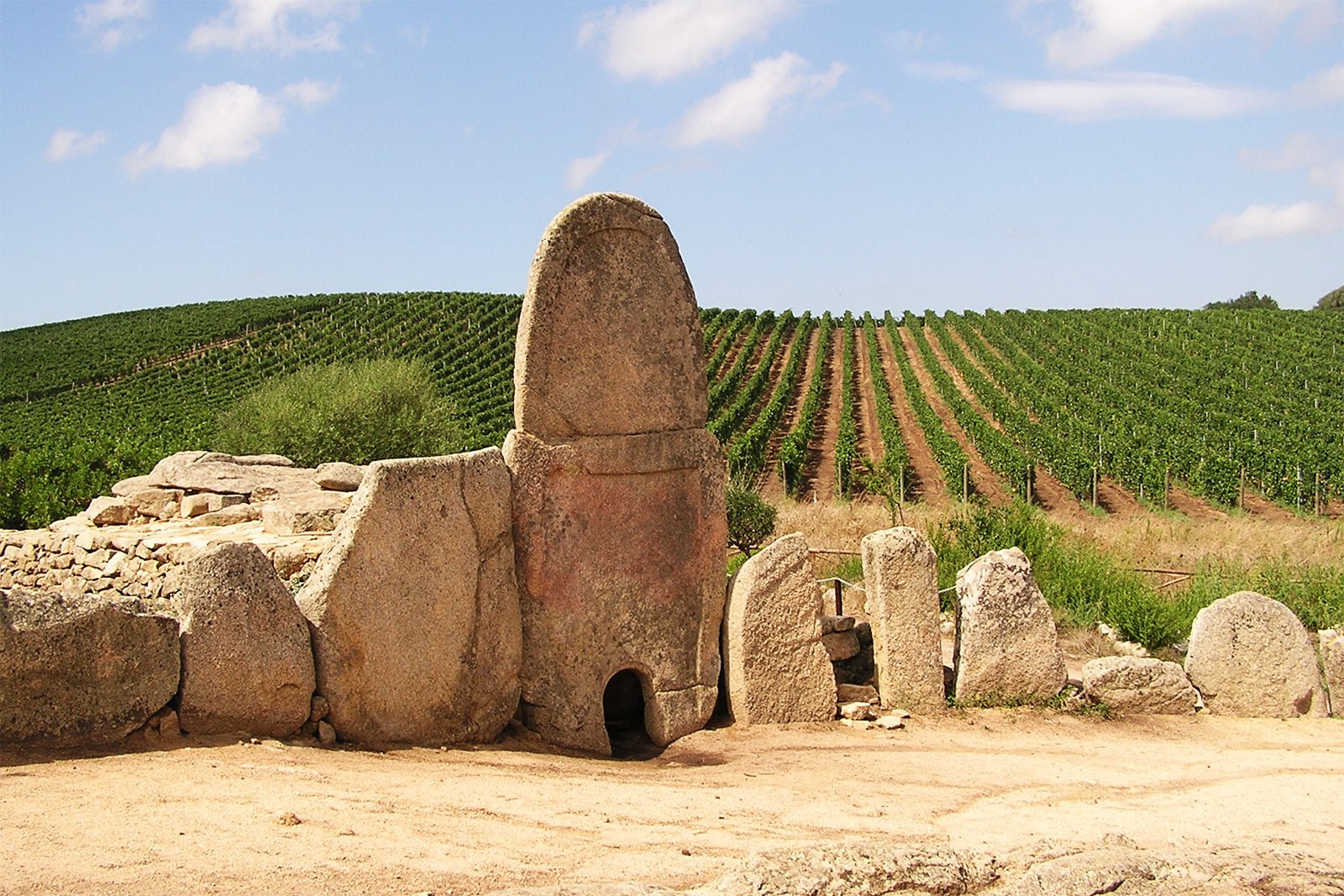 Near the municipality of Logudoro it is one of the most famous Giants' grave - a high stone building with an entrance to a dark and gloomy room, where, according to legend, the Giants were buried.

Now you can visit this place and you can get to the Tombs of the bus 427, or by car, which is much more convenient.

Be sure to inspect each stone tombs, and make photo next to the small and narrow entrance.