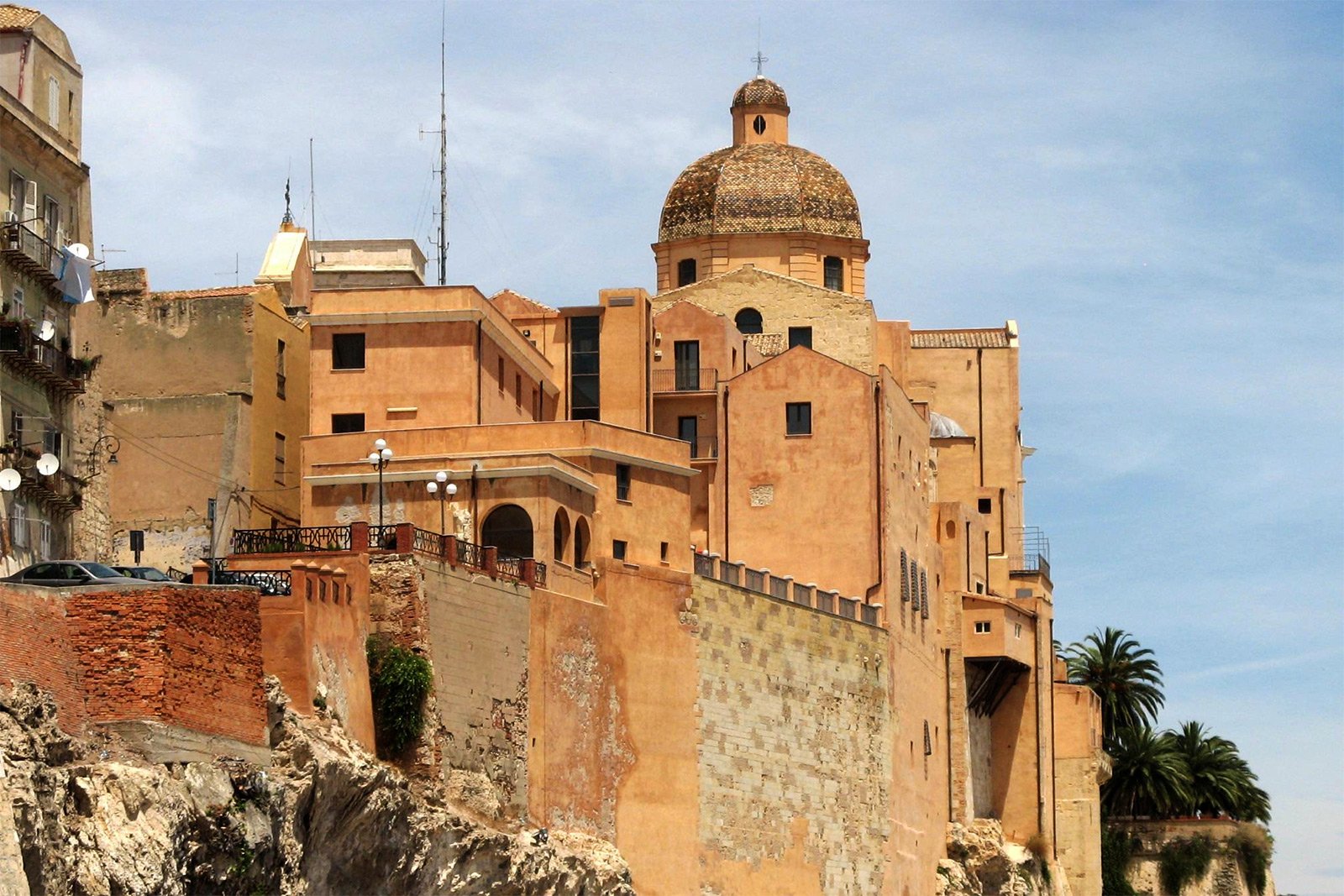 St. Mary's Cathedral was built in the 13th century and is made in several architectural styles - there are also details of Romanesque, and Gothic, and Baroque. This is one of the last buildings built by the monks of the Order of Vittorioni.

The cathedral is often visited by pilgrims - to venerate the relics, shrines, and drink from the source, which is located right beneath the walls of the cathedral.

Inside the cathedral stands out painted nave, decorated with paintings, columns and arches, the altar, next to which is the entrance to the crypt. The cathedral has the spikes from the crown of thorns of Jesus Christ.

Cagliari Cathedral on the map