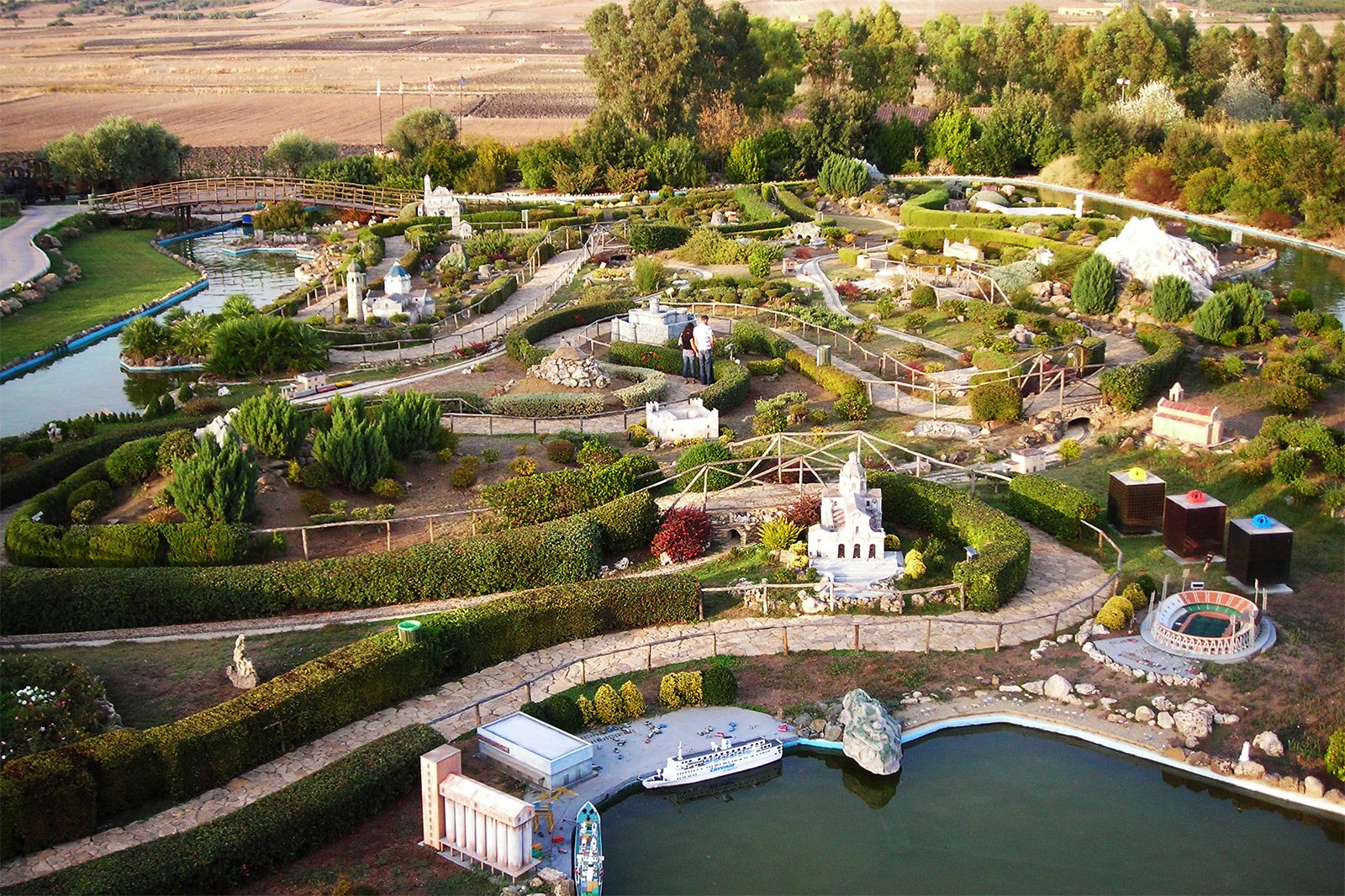 Park "Sardinia in miniature" is located in the commune of Barumini, near the complex Su Nuraxi.

In the park there are miniature copies of the most interesting places of Sardinia, an observation deck, the "Biosphere" that is located in the center the park - tropical gardens with exotic animals.

For those who are interested in space, the park has the Planetarium, where big-screen show and tell about the birth of the universe and the evolution of the solar system.

Especially it is necessary to allocate the exhibition of Charles Darwin: it is set a 27-meter replica of the ship "Beagle", which traveled the famous scientist.

In the Museum of astronomy you will see the reconstructed surface of the Moon and Mars, meteorites and space suits.

Sardinia in Miniature Park on the map