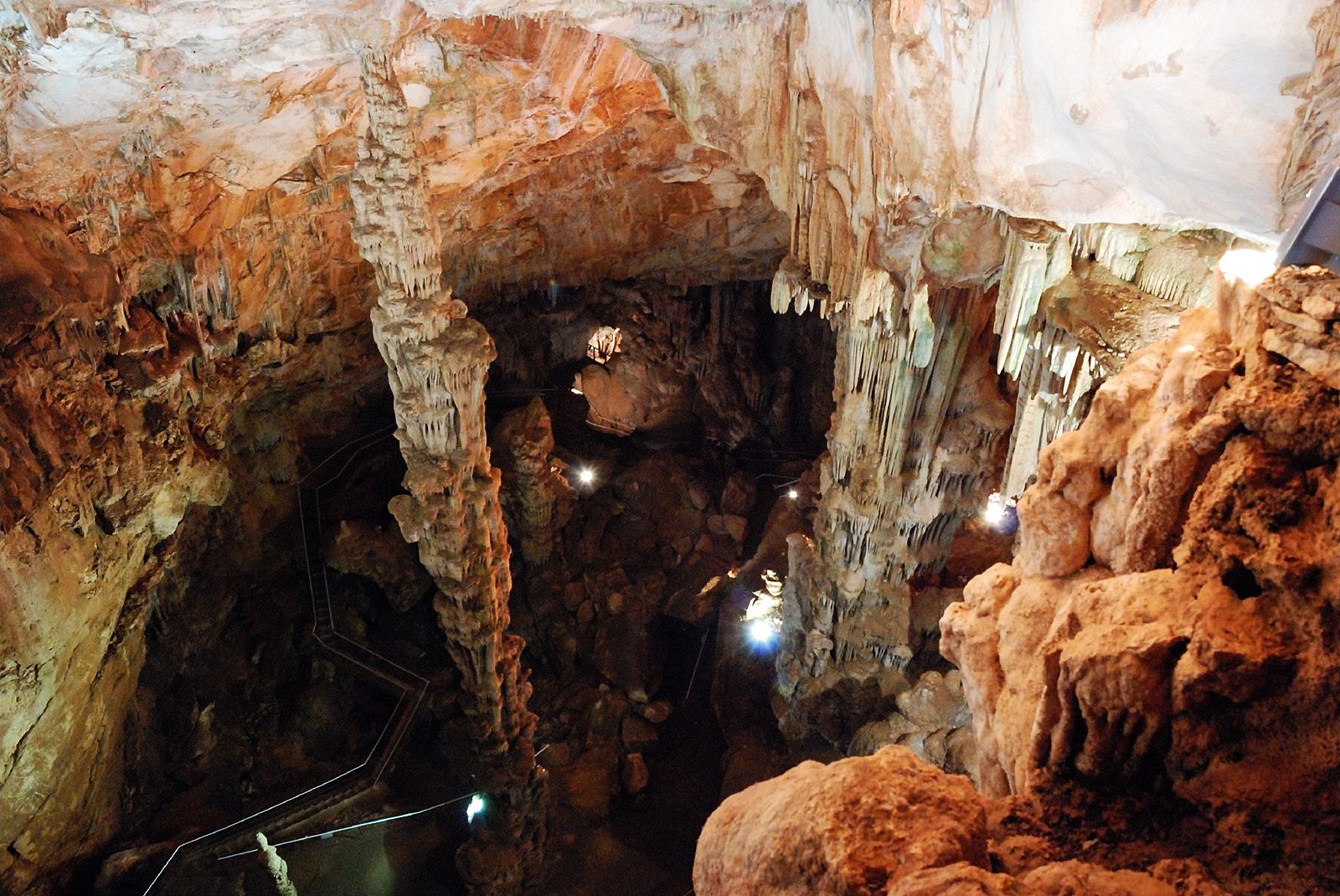 A few kilometers away from the Sardinian town of Dorgali is Grotta di Ispinigoli, which you can reach by car. On the way placed directional signs, so that you do not miss the grotto.

Grotto is known throughout the world thanks to the huge column in the very center - stalagnate about 40 meters high. Stalagnate is the connection of stalactites and stalagmites, so the column supports the arch of the cave.

Inside the grotto there is a failure, which is called the Virgin Cave, here in antiquity were sacrifices.

The descent into the cave is done on the long ladder and only with a guide. Tours are every hour.

Cave of Ispinigoli on the map