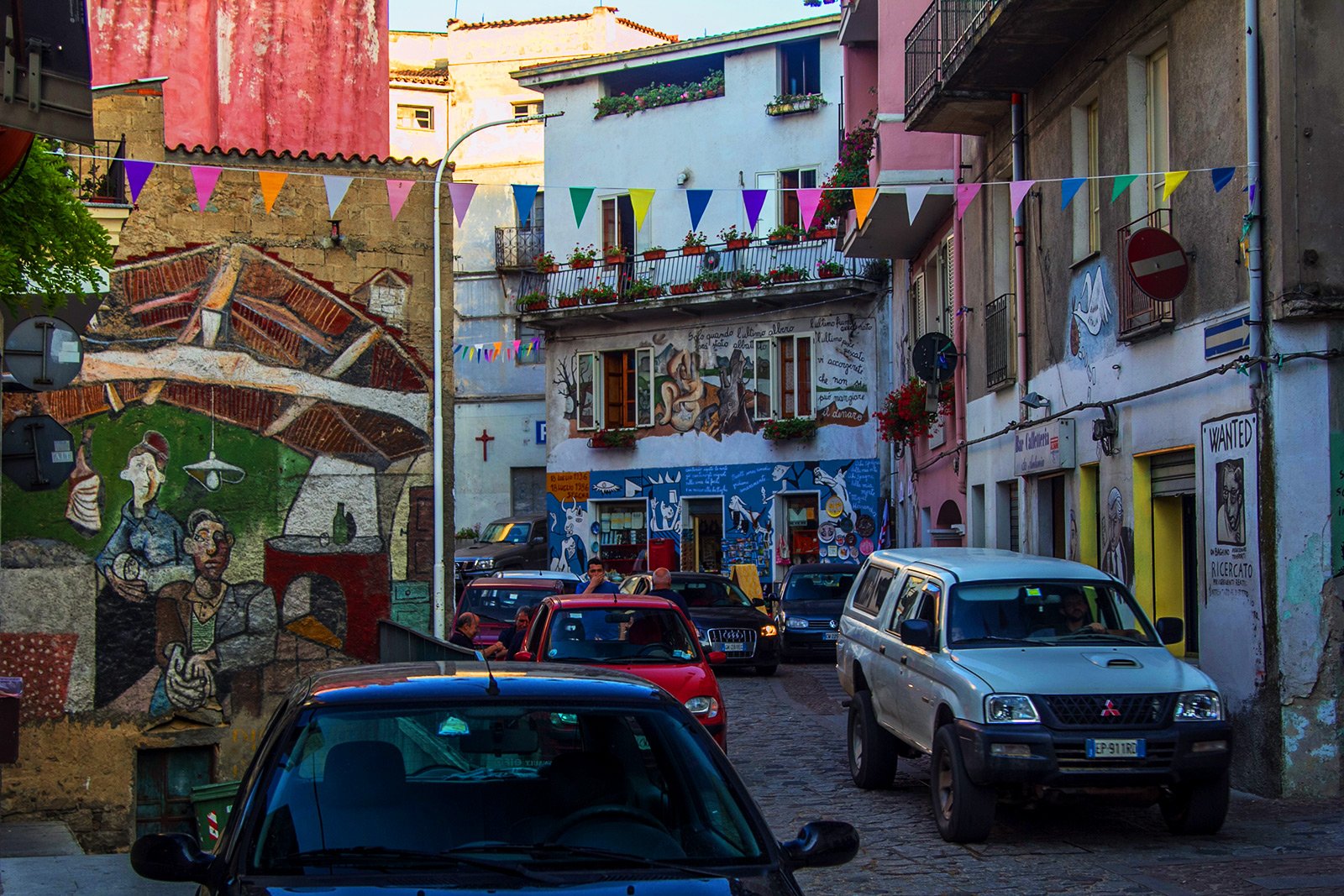 Orgosolo is located in the mountains at an altitude of 620 meters, and is particularly popular due to the murales - wall painting, the tradition of which is originated in the 60s of the last century.

Murales tells stories of Sardinians living, reveals dissatisfaction with the policy of their powers, sings the praises of Italian singers and poets. Every house here is painted in its own style, and walk among them, recalls visiting an open-air museum.

Orgosolo surrounded by mountains, often sheltered cotton clouds. There are many vineyards, the wine so special in the city and has an unusual taste.

Here live the most hospitable people of Sardinia.

Orgosolo on the map

Location: Province of Nuoro
← Bastione of Saint Remy#5 of 14