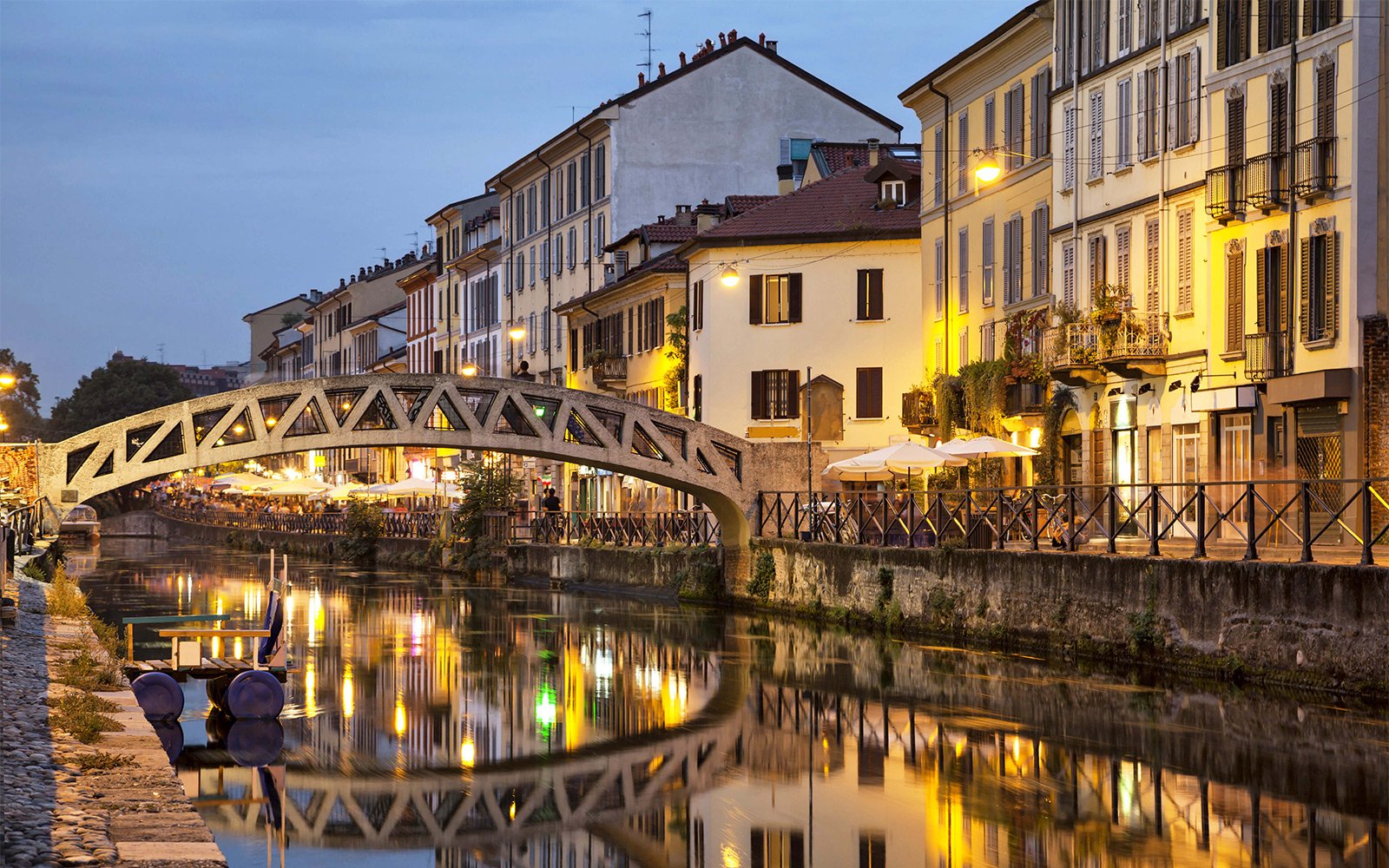 Navigli District is a district of five channels, the most famous of which - the Naviglio Grande. Here are the largest boutiques, famous Italian restaurants, art shops, flea market, where all the local parish. This canal connects the district with the town Tornavento.

Once the inhabitants of the city dreamed to turn Milan into a kind of Venice, but this idea has not caught on and canals gradually filled until there are only five left.

The largest of them, the Naviglio Grande, and it is the decoration of the entire region. On the sides of the channel are many antique shops and souvenir shops where you can buy anything your heart desires.

In the evenings, the channel is transformed into an entertainment center, here often looks young people. By channels arrange excursions on cruise boats.

Naviglio Grande on the map