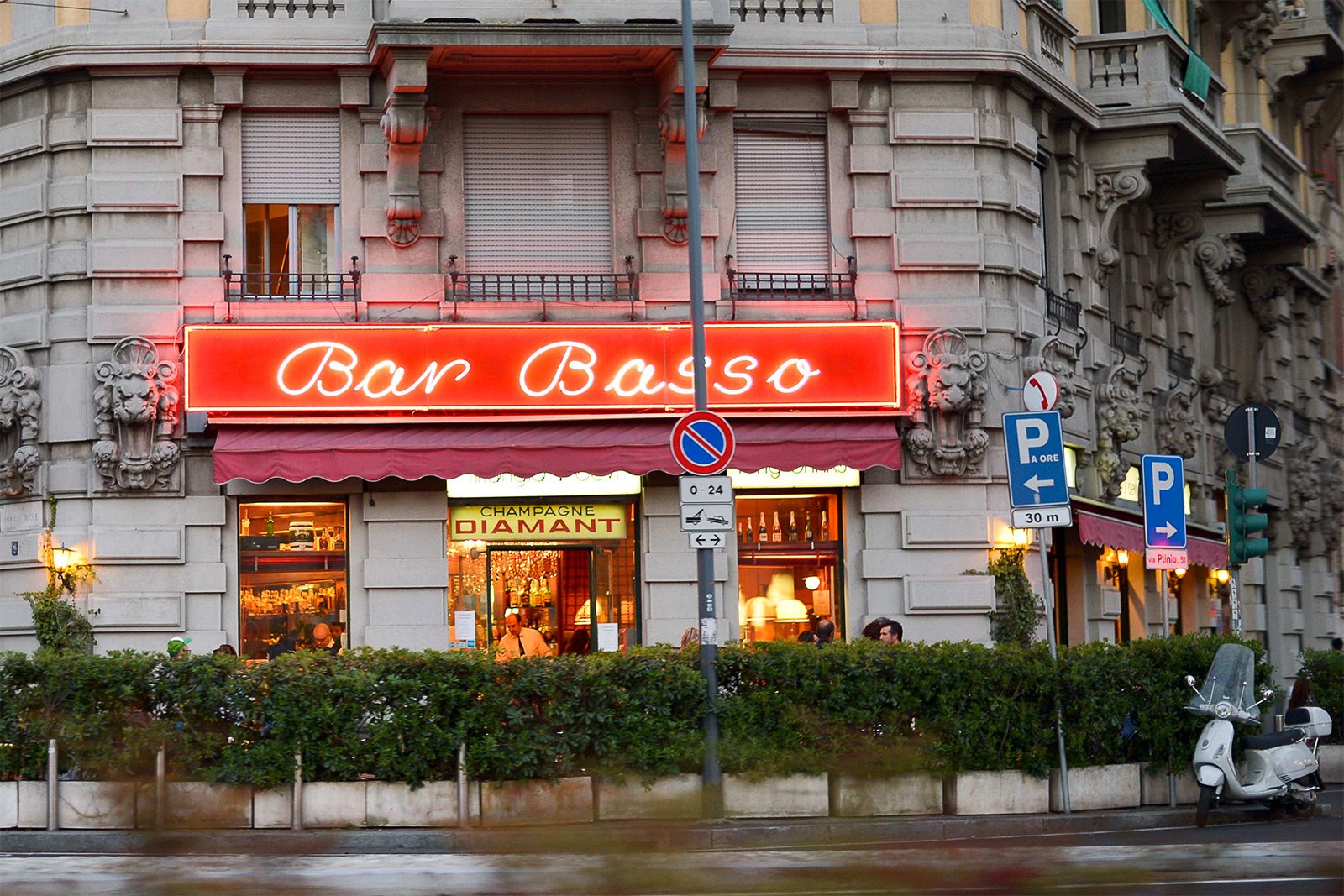 Bar Basso is still preserved the atmosphere of the 60s, it is a cozy and quiet place, where the locals love to come in the evening and finish the day with a glass of wine or a cocktail.

Bar has become known thanks to the invention cocktail Negroni sbagliato. It, unlike the usual Negroni, is prepared without gin, but with the sparkling wine.

Bar Basso on the map