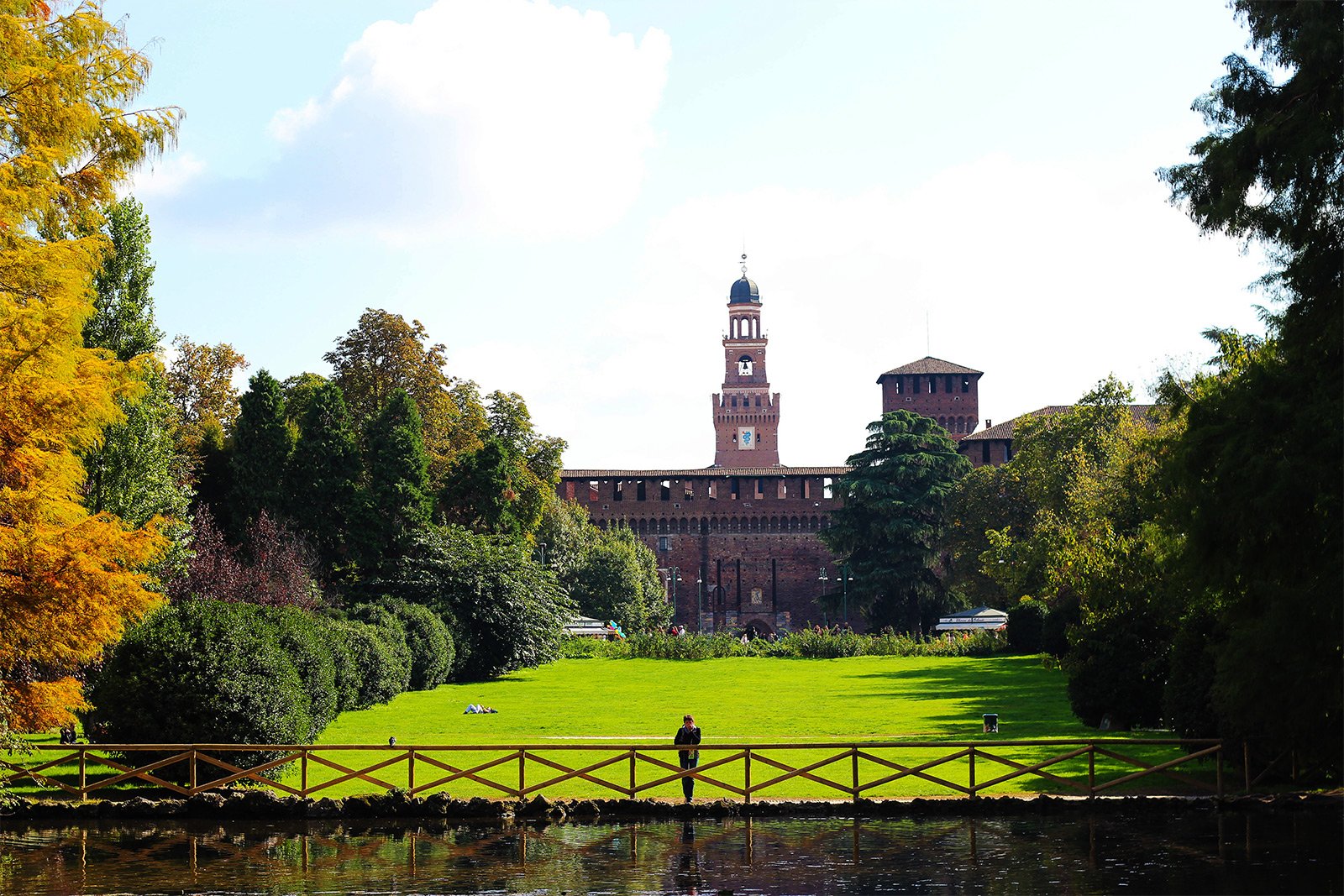 Sempione Park (Parco Sempione) was built on the site of the parade ground near the Sforza castle (Castello Sforzesco) and covers an area of ​​50 hectares. This is a very quiet, peaceful place, where, under the canopy of trees, you can have a picnic, take a walk along the paths, pet turtles and see how birds swimming in the pond. The locals often arrange a morning jog in the park, and you can join them.

Near the main entrance to the Sempione park installed Arch of Peace, which was built by order of Napoleon. Through it he was going to officially enter the city.

There is the Palace of the Arts in the Sempione park, where often hold exhibitions, and the public aquarium.

Sempione Park on the map