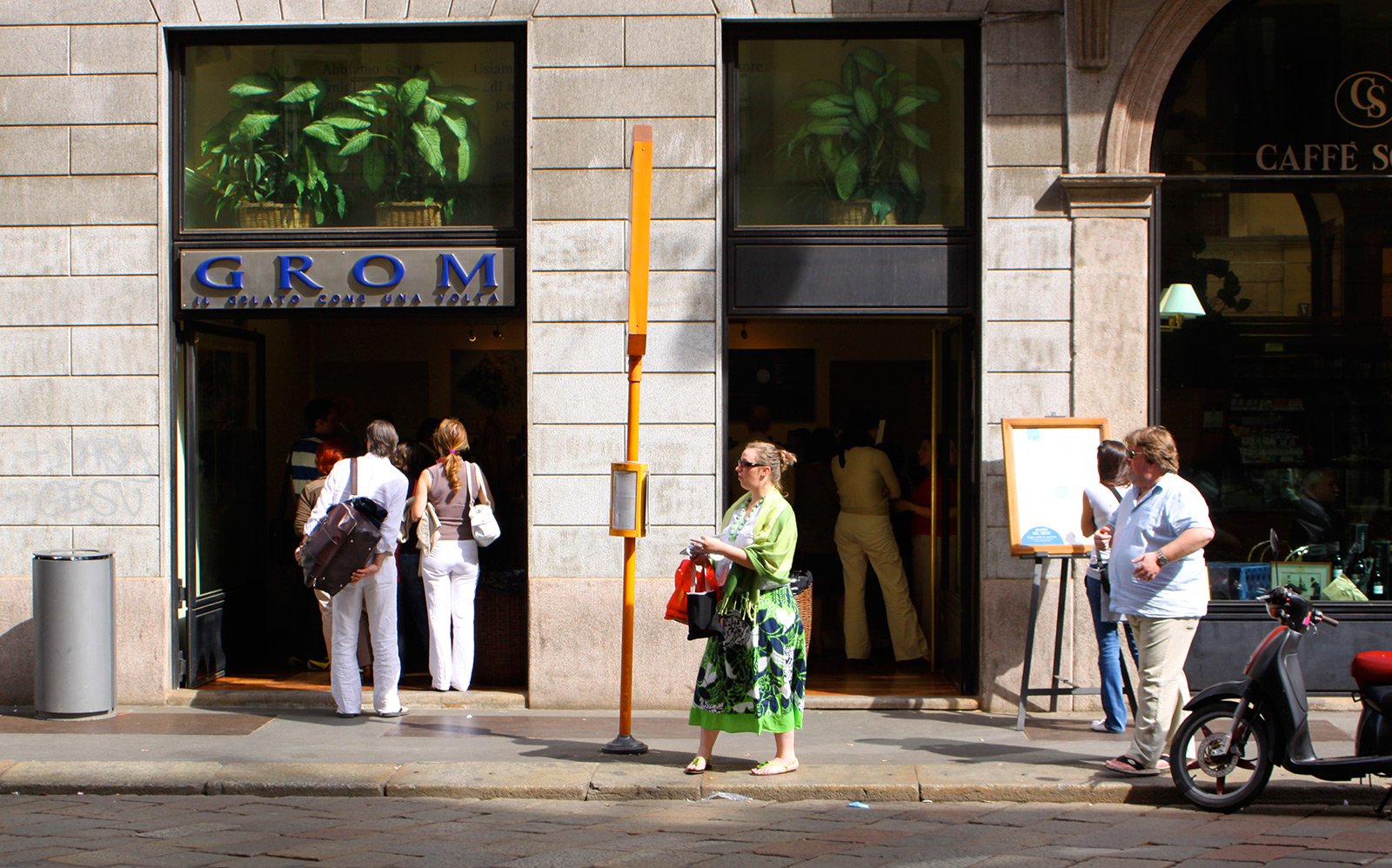 Gelateria Grom in Milan is near the La Scala. It serves the best gelato in the city.

Network Grom is famous throughout Italy not only the variety of flavors of ice cream, but also its approach to its production - all the ice cream is prepared by hand without the addition of dyes and flavor enhancers.

Do not forget to visit gelateria in Milan and try an unusual variety of ice cream, which is prepared only here.

Grom Gelateria on the map