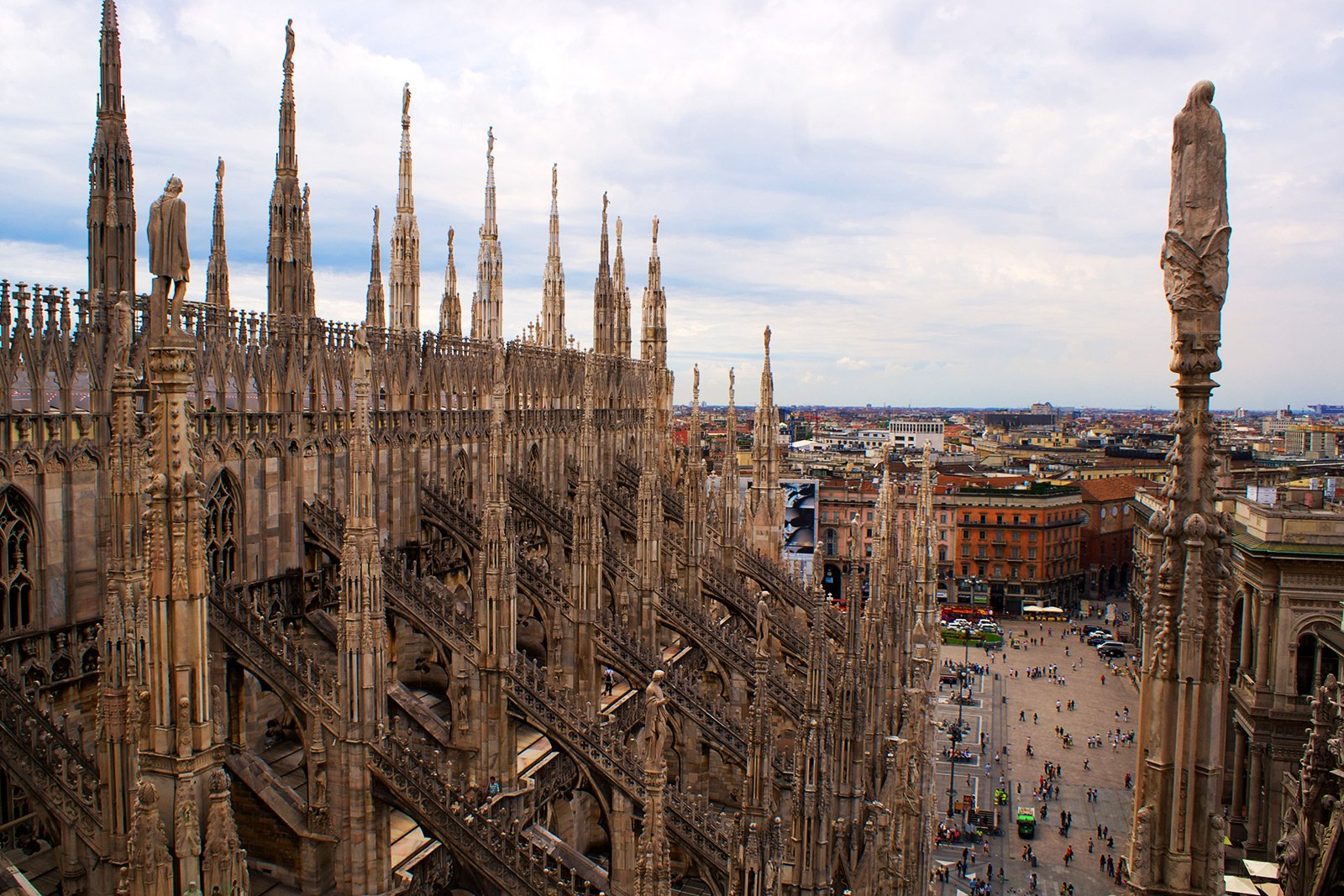 Milan Cathedral is a work of art, it is tens of turrets, spiers and statues, it is an example of Flamboyant Gothic, made of white marble. Milan Cathedral is a symbol of the city, like the Eiffel Tower in Paris, the Coliseum in Rome or the Kremlin in Moscow.

Inside the cathedral is even more shocking, because its scope can turn a head. Cathedral ceiling seems to touch the heavens, there are many elegant columns here, and stained glass windows fascinate.

In the cathedral stands the figure of St. Bartholomew, who died a martyr's death. Sculpture artfully done its work, and now this figure looks so realistic as it can move.

In the cathedral there is another attraction - the roof, where you can not only see the towers of the building, but also to freeze with delight at the sight of the city panorama.

Milan Cathedral on the map