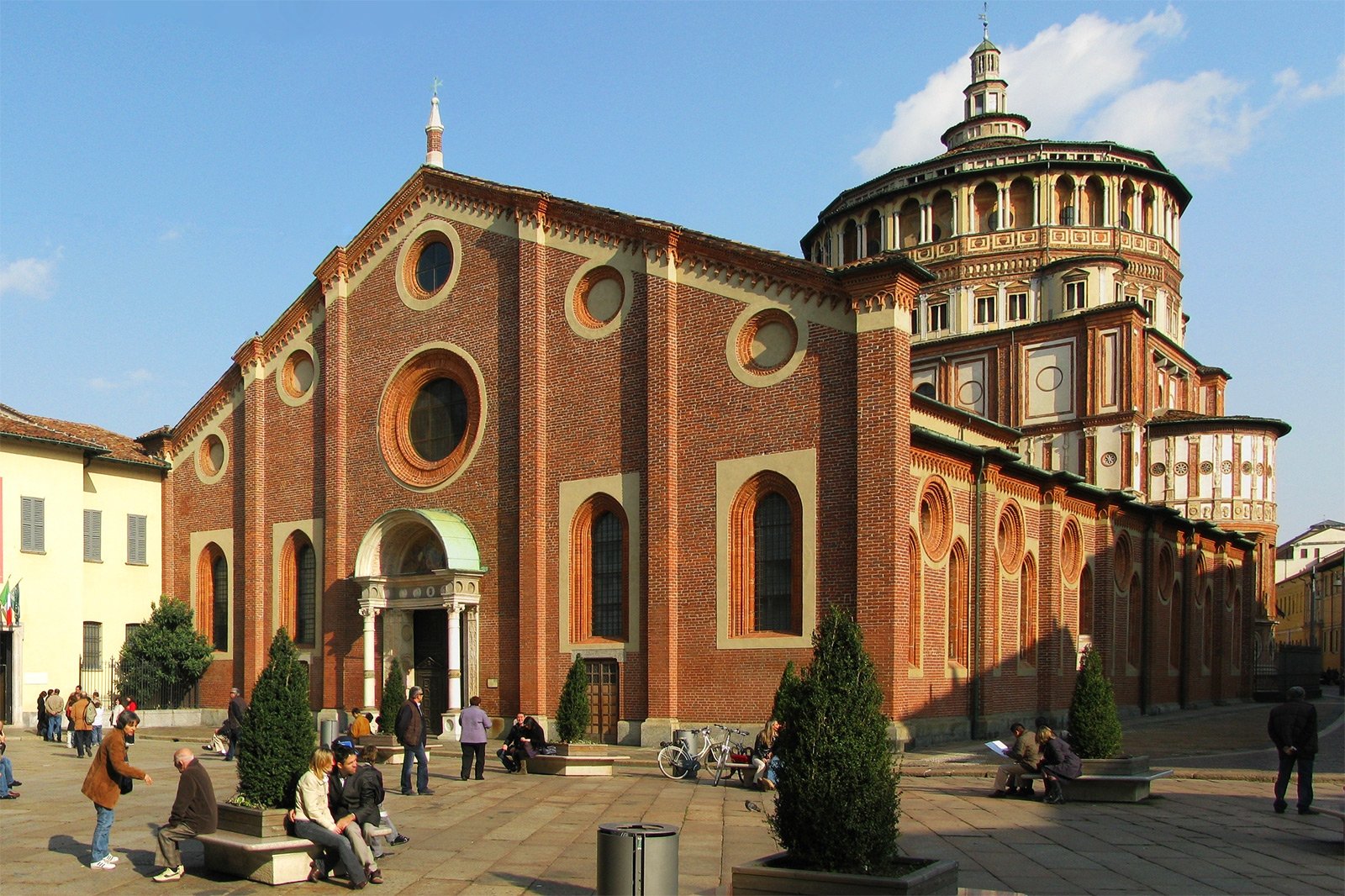 Santa Maria delle Grazie is a beautiful church in the late Gothic style, it is a quiet and peaceful place with a magical courtyard, where very few tourists.

The most interesting thing here is the refectory of the monastery, which is adjacent to the walls of the church. Here you can see the famous fresco by Leonardo da Vinci's "Last Supper."

This place is the first in Italy, released to the World Heritage List.

Church of Santa Maria delle Grazie on the map