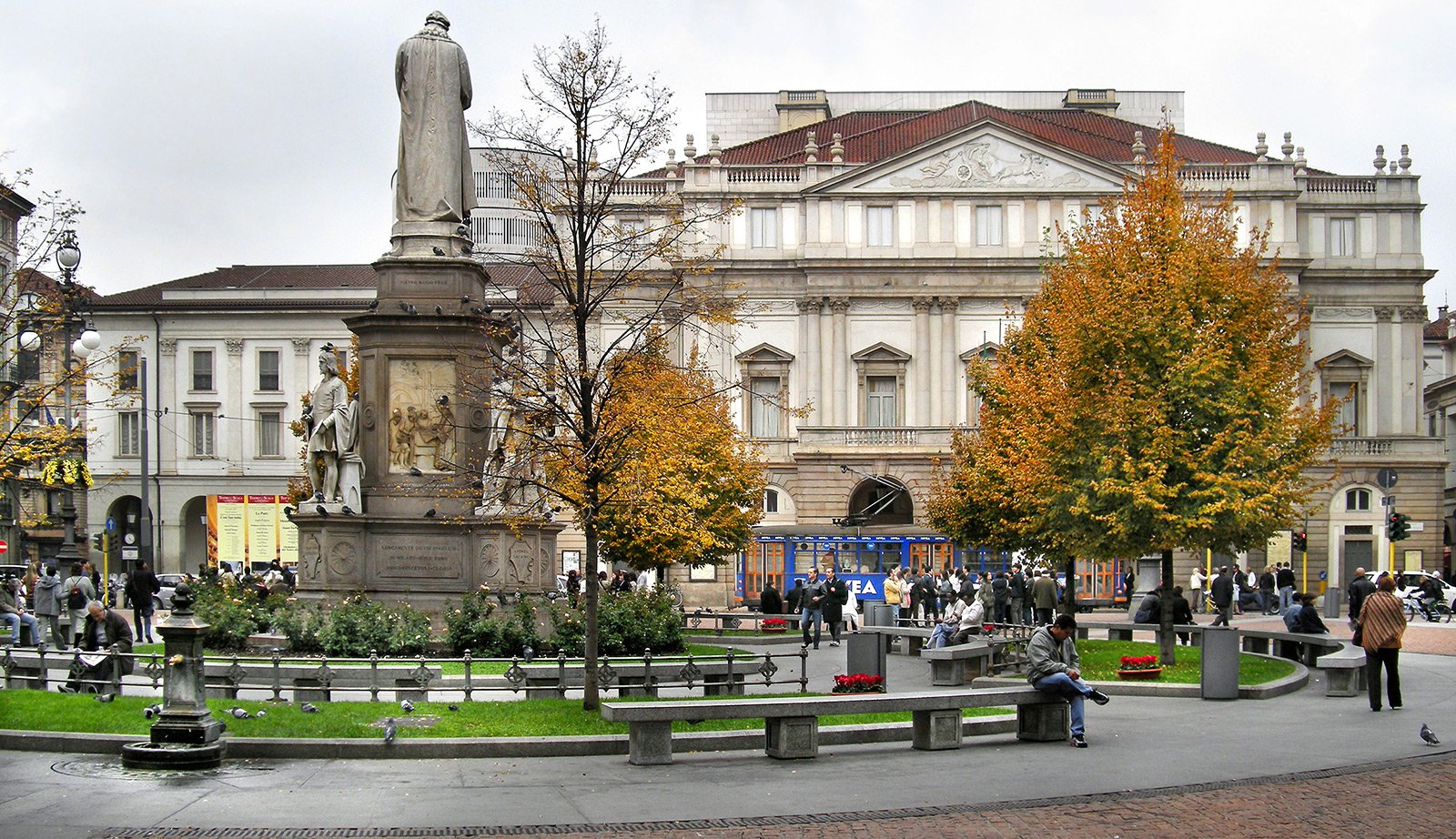 La Scala theater (Teatro alla Scala) was built on the former location of the church of Santa Maria alla Scala, from which the theater gets its name. There were premieres of operas by Rossini and Meyerbeer here. Now in the repertoire's are the most famous and beloved operas in the world, ballet performances, concerts of symphonic music.

When, during World War II, the theater was completely destroyed, it was rebuilt and reconstructed several times, until La Scala has modern look.

Outside the theater does not inspire awe, but inside amazes with luxury finishes and attention to details.

La Scala theater on the map