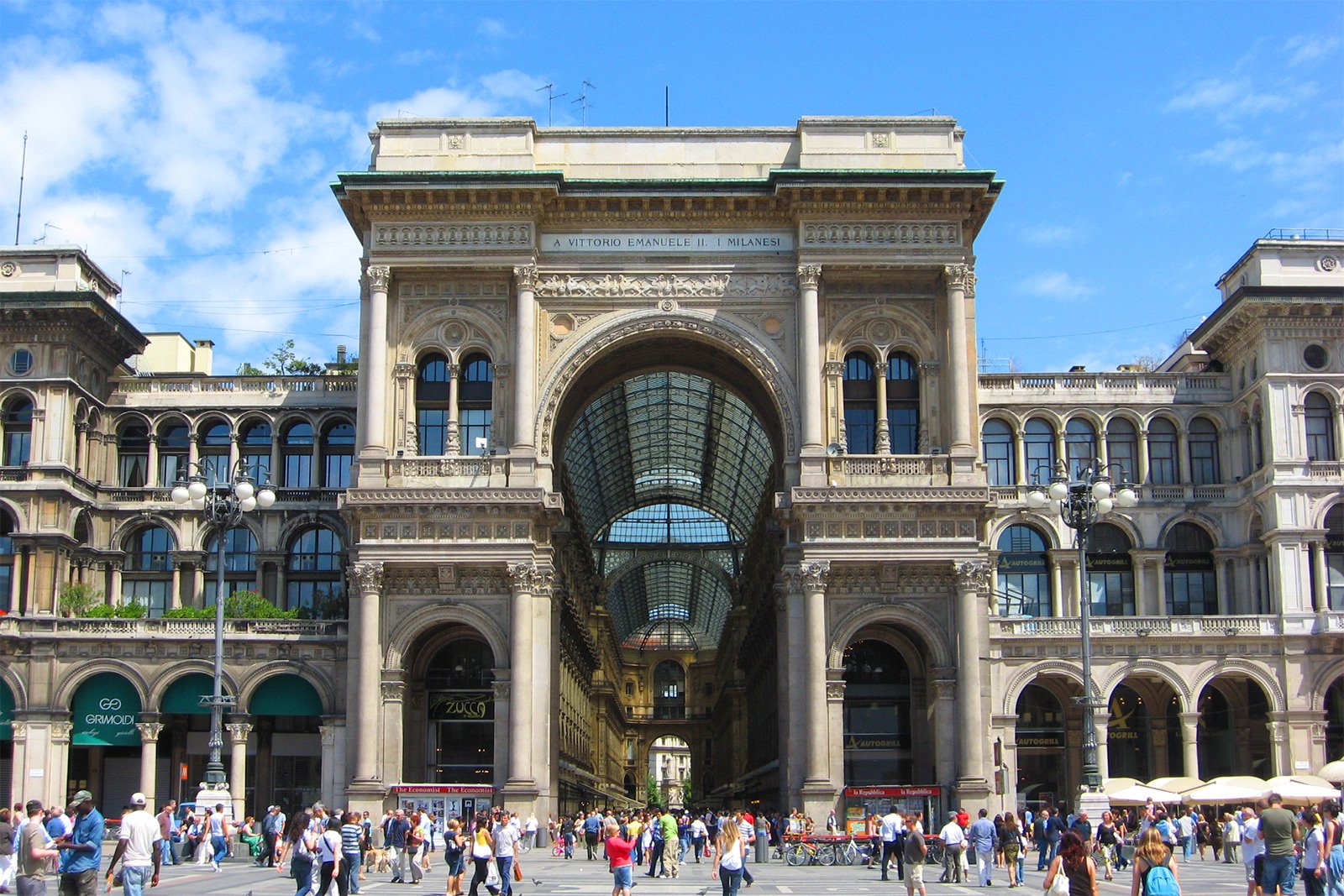 Galleria Vittorio Emanuele II is named in honor of King Victor Emmanuel, and the architect was Giuseppe Mengoni, who tragically died before the opening of the gallery. In homage to the architect all the boutiques and cafes in the passage are made in gold and black colors.

The gallery has the world's first boutique Prada, as well as shops of brands such as Gucci, Louis Vuitton, Dolce & Gabbana. In addition to shopping, you can always take a break and have a snack in the cafe or restaurant and try traditional Italian dishes.